From Ellen DeGeneres' Oscars selfie to the anticipated release of "Gone Girl" to Kim Kardashian's now infamous Paper magazine photo shoot, 2014 proved to be one of the most memorable years in entertainment.

Accordingly, Beutler Ink compiled the most impactful moments to create an image based off Wes Anderson's "Grand Budapest Hotel" movie poster, creatively depicting the past year in news, media and popular culture. The artwork highlights more serious events as well, including the Ebola outbreak, protests for Michael Brown and Eric Garner and the information hack at Sony Pictures, among others. 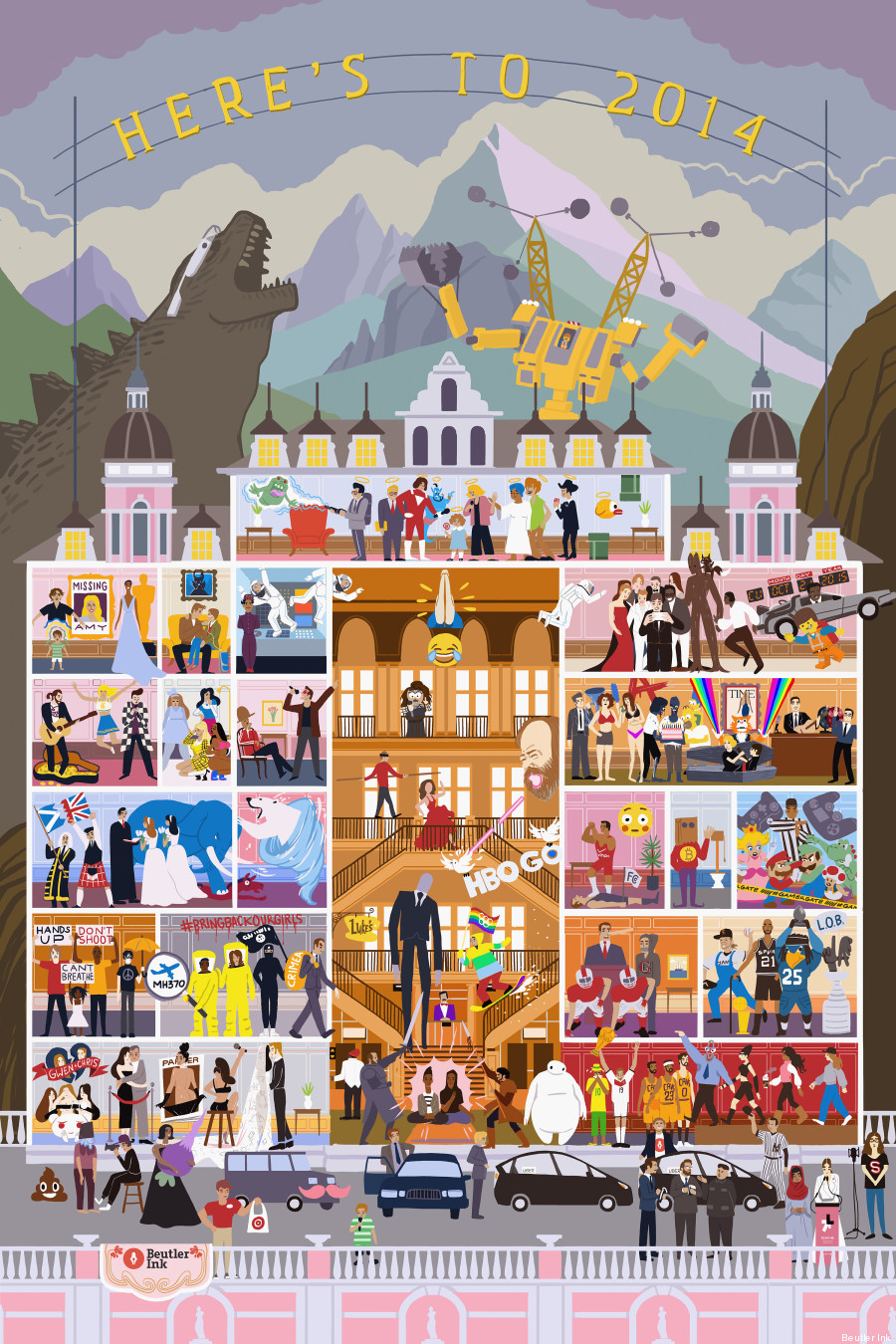 Below, a complete list of references, according to Beutler Ink: