Here it is! Our 2014 wrap up featuring favorite images of the year by Brooklyn Street Art's Jaime Rojo. 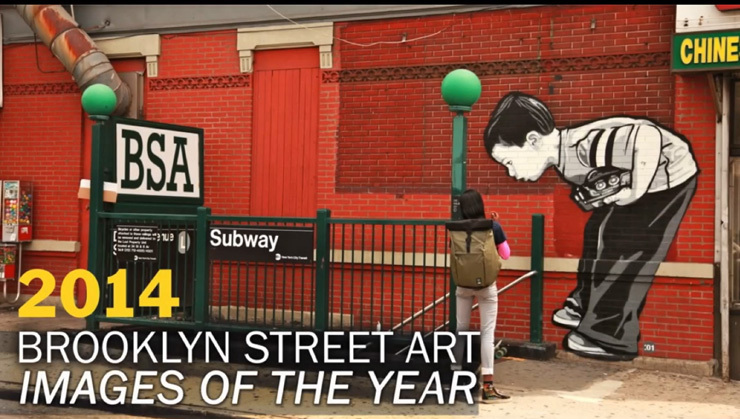 Before our video roundup below here is the Street Art photographer's favorite of the year: Ask Jaime Rojo, our illustrious editor of photography at BrooklynStreetArt.com , who takes thousands of photographs each year, to respond to a simple question: What was your favorite photo of the year?

For 2014 he has swift response: "The Kara Walker." Not the art, but the artist posed before her art.

It was an impromptu portrait that he took with his iPhone when the artist unveiled her enormous sculpture at a small gathering of neighborhood locals and former workers of the Domino Sugar Factory, informal enough that Rojo didn't even have his professional camera with him. Aside from aesthetics for him it was the fact that the artist herself was so approachable and agreed to pose for him briefly, even allowing him to direct her just a bit to get the shot, that made an imprint on his mind and heart.

Of course the sculpture is gone and so is the factory building that was housing it for that matter - the large-scale public project presented by Creative Time was occupying this space as the last act before its destruction. The artist herself has probably moved on to her next kick-ass project after thousands of people stood in long lines along Kent Avenue in Brooklyn to see her astounding indictment-tribute-bereavement-celebration in a hulking warehouse through May and June. 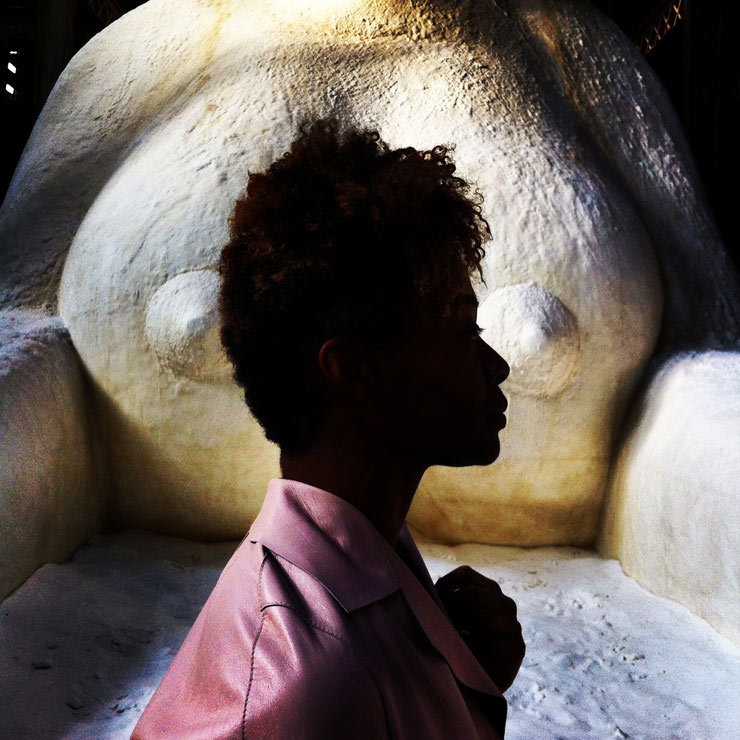 Jaime's personal favorite of 2014; The site specific Kara Walker in front of her site specific installation at the Domino Sugar Factory in May of this year in Brooklyn. Artist Kara Walker. (photo via iPhone © Jaime Rojo)

Now, for the Video

And our holiday gift to you for five years running, here is the brand new video of favorite images of graffiti and Street Art by Brooklyn Street Art's editor of photography, Jaime Rojo.

Of a few thousand these 129 shots fly smoothly by as a visual survey; a cross section of graffiti, street art, and the resurgence of mural art that continues to take hold. As usual, all manner of art-making is on display as you wander your city's streets. Also as usual, we prefer the autonomous free-range unsolicited, unsanctioned type of Street Art because that's what got us hooked as artists, and ultimately, it is the only truly uncensored stuff that has a free spirit and can hold a mirror up to us. But you have to hand it to the muralists - whether "permissioned" or outright commissioned, some people are challenging themselves creatively and still taking risks.

Once again these artists gave us impetus to continue doing what we are doing and above all made us love this city even more and the art and the artists who produce it. We hope you dig it too.

Read more about Kara Walker in our posting "Kara Walker And Her Sugar Sphinx At The Old Domino Factory".