Washington D.C.’s political center has long had the reputation of being an old boys' club. And though it largely still is -- there are only 17 female senators and 78 representatives out of 535 voting members of Congress -- women are increasingly re-defining the parameters of political power, both within the congressional chambers and outside of them.

This month Elle recognizes 10 women who have become power players on the political landscape. From journalists to lobbyists to fundraisers to legislators, these ladies have some serious Capitol Hill street cred and know how to wield their power wisely. 2012 is not only a year where women’s issues have been at the forefront of political discussions, but also one that has been dubbed a potential “Year of the Woman” for congressional races. In January, senior analyst for the Rothenberg Political Report, Jessica Taylor told USA Today that “both parties have made a concerted effort to attract more women candidates.” Ten women are running for Senate, six of those in states where women have never been elected.

Here are five of Elle’s 10 “Capital Dames.” To read about the rest, check out the full article online or in Elle’s April issue, on stands now. 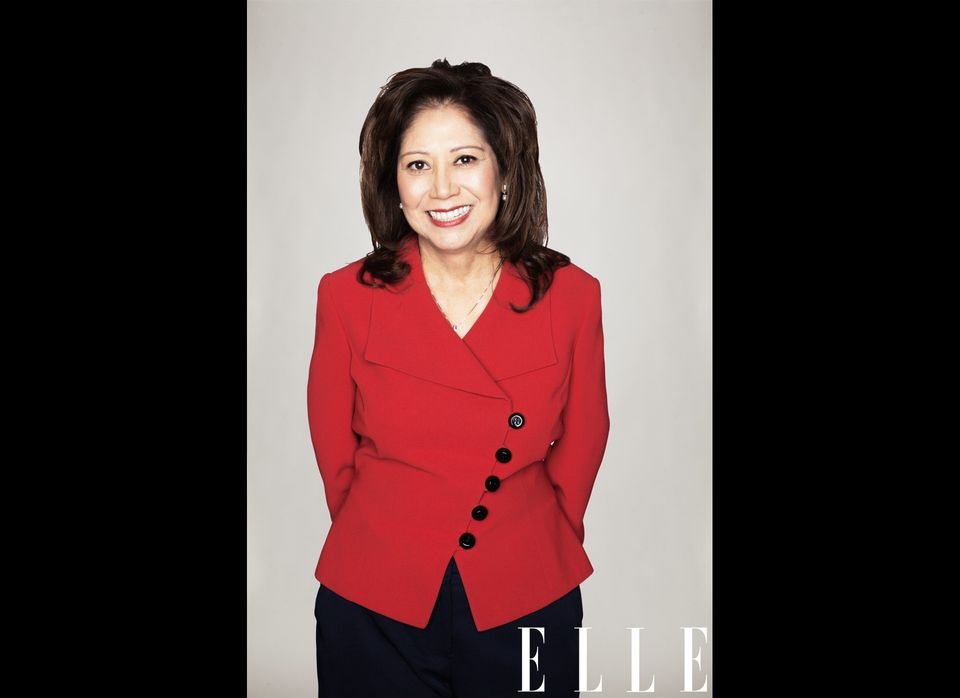 1 / 6
Hilda Solis, "The Labor Boss"
Hilda Solis, 54, is the Obama administration's Secretary of Labor. She was also the first in her family to go to college, <a href="http://www.elle.com/Life-Love/Society-Career-Power/Capital-Dames-10-Powerful-Women-in-DC" target="_hplink">telling <em>Elle</em></a> that when she was little she wanted to be a nurse. "I wanted to help people," she said. Later on she discovered politics and chose that route to accomplish her goal.
Elle