A year ago, we bought a whole bunch of Easter candy to photograph this (dare we say, brilliant?) quiz.

On a whim, we decided to leave a few of the leftover Peeps exposed to the open air on poor GPS for the Soul associate editor Kate Bratskeir's desk. We called it an experiment, but never really thought much of it.

Except then nothing happened. One week, the Peeps felt a little bit harder, but the next they'd feel a little softer. They started to collect dust, but otherwise still seemed entirely edible. Of course, with an ingredients list boasting sugar, corn syrup, gelatin, the preservative potassium sorbate, natural flavors, Red #3 and carnauba wax, we wouldn't expect too much to change.

We're far from the only ones who have noted the indestructible nature of these little chicks and bunnies. A couple of science professors from Emory University documented dunking some unlucky Peeps in liquid nitrogen, heating them up and even subjecting them to a vacuum. And the stories about Peeps dioramas, art projects and recipes are seemingly endless.

"Everyone seems to have a Peeps story," Ross Born told the AP. Born is the operator of Just Born Inc., the company in charge of hatching 5 million of the marshmallow treats a day. "And they are free and willing to talk about how they eat their Peeps, how they cure them, how they store them, how they decorate with them. And these are adults!"

Okay, Mr. Born, you're onto us. We played around quite a bit with our year-old Peeps. Here's what happened: 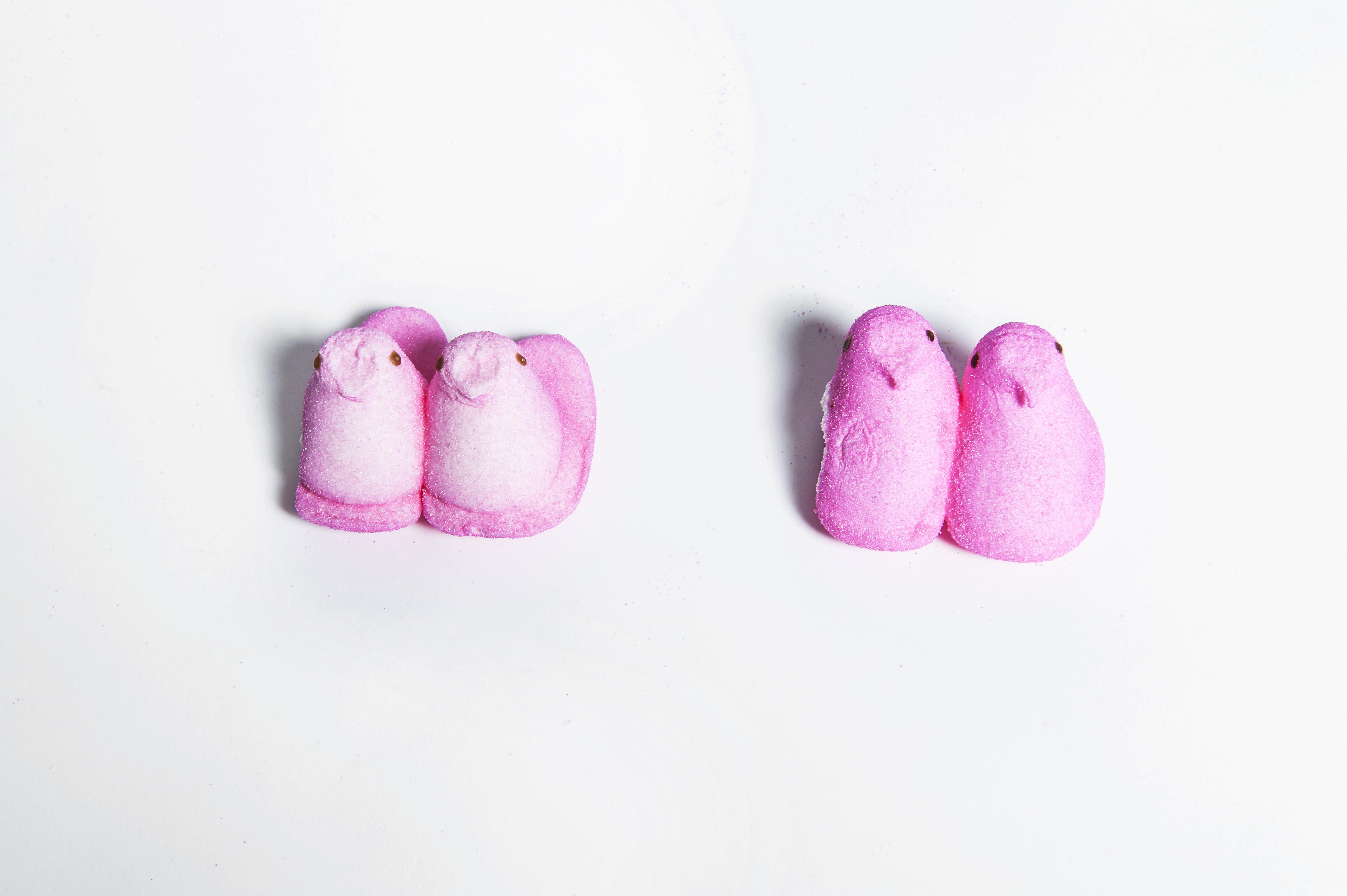 Can you tell these Peeps apart? The newborn Peeps, on the right, have an overall plumper, brighter disposition -- no? 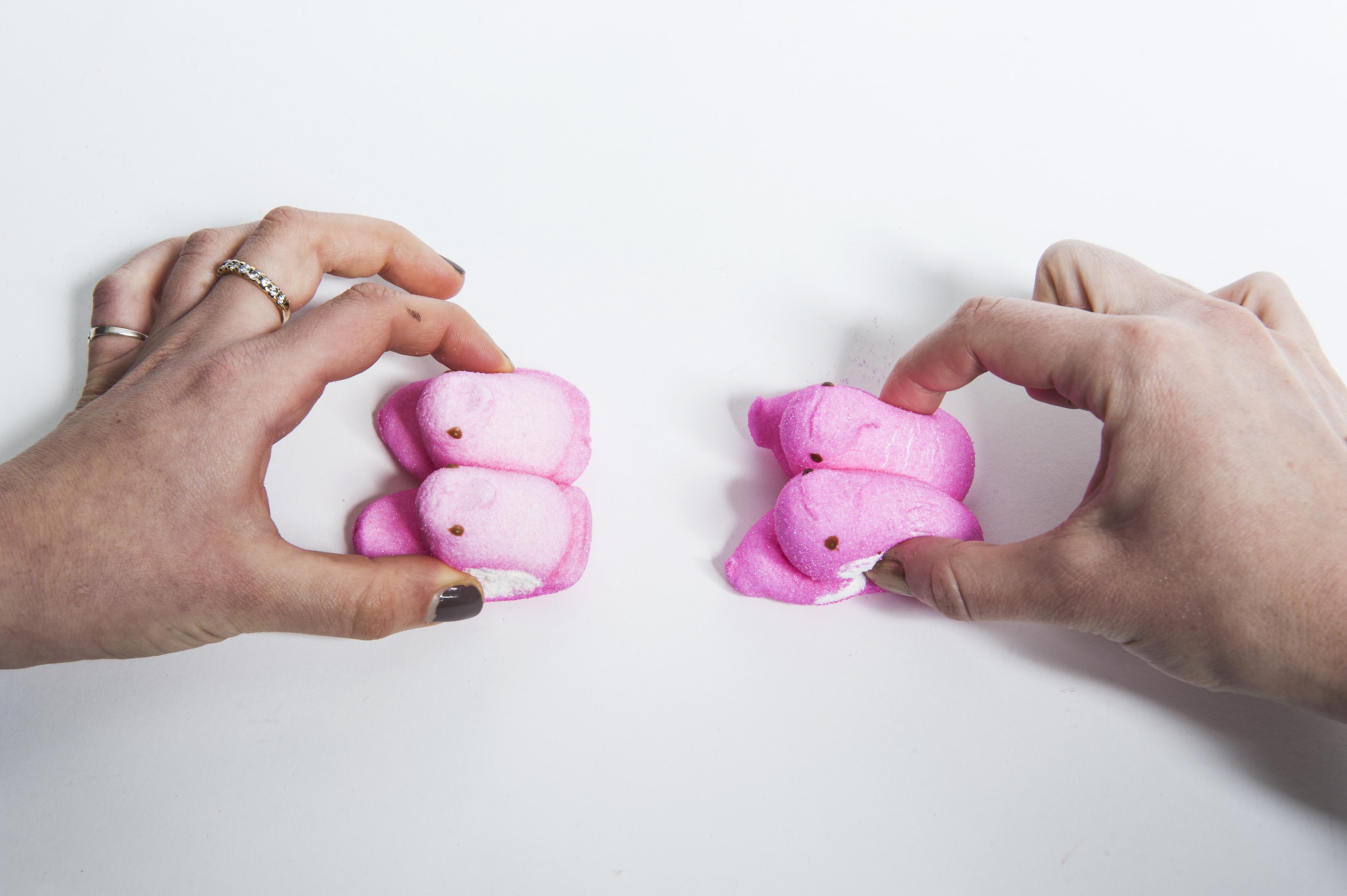 The crotchety old pair of Peeps were resistant to this little finger-squeeze, but the newborn Peeps were basically begging for it.

Birds Of A Feather, Peeps Who Grow Old Together, Stick Together 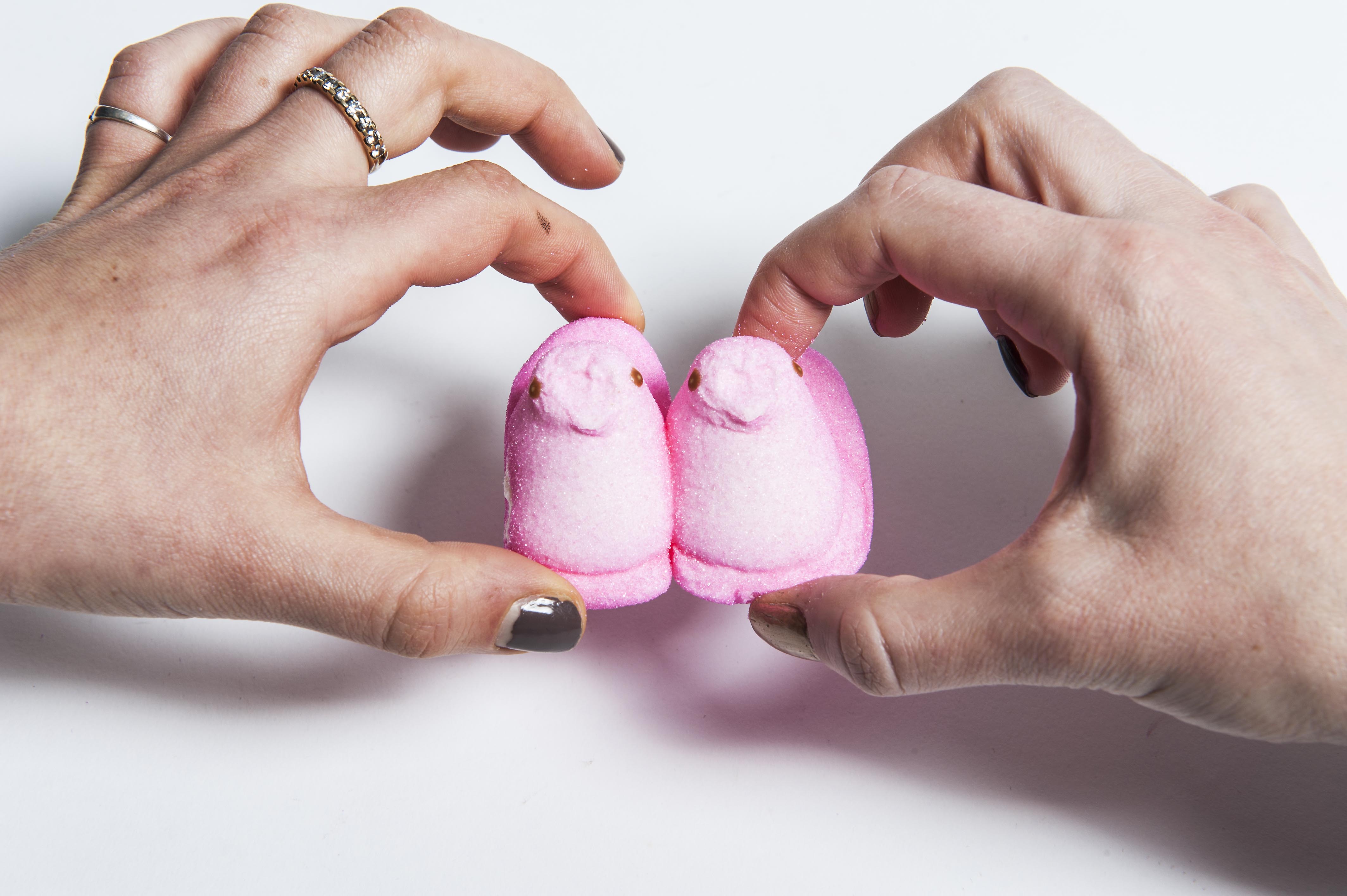 We tried to pull these Peep pals apart, but after a year of friendship, the birds were insistent on staying together. 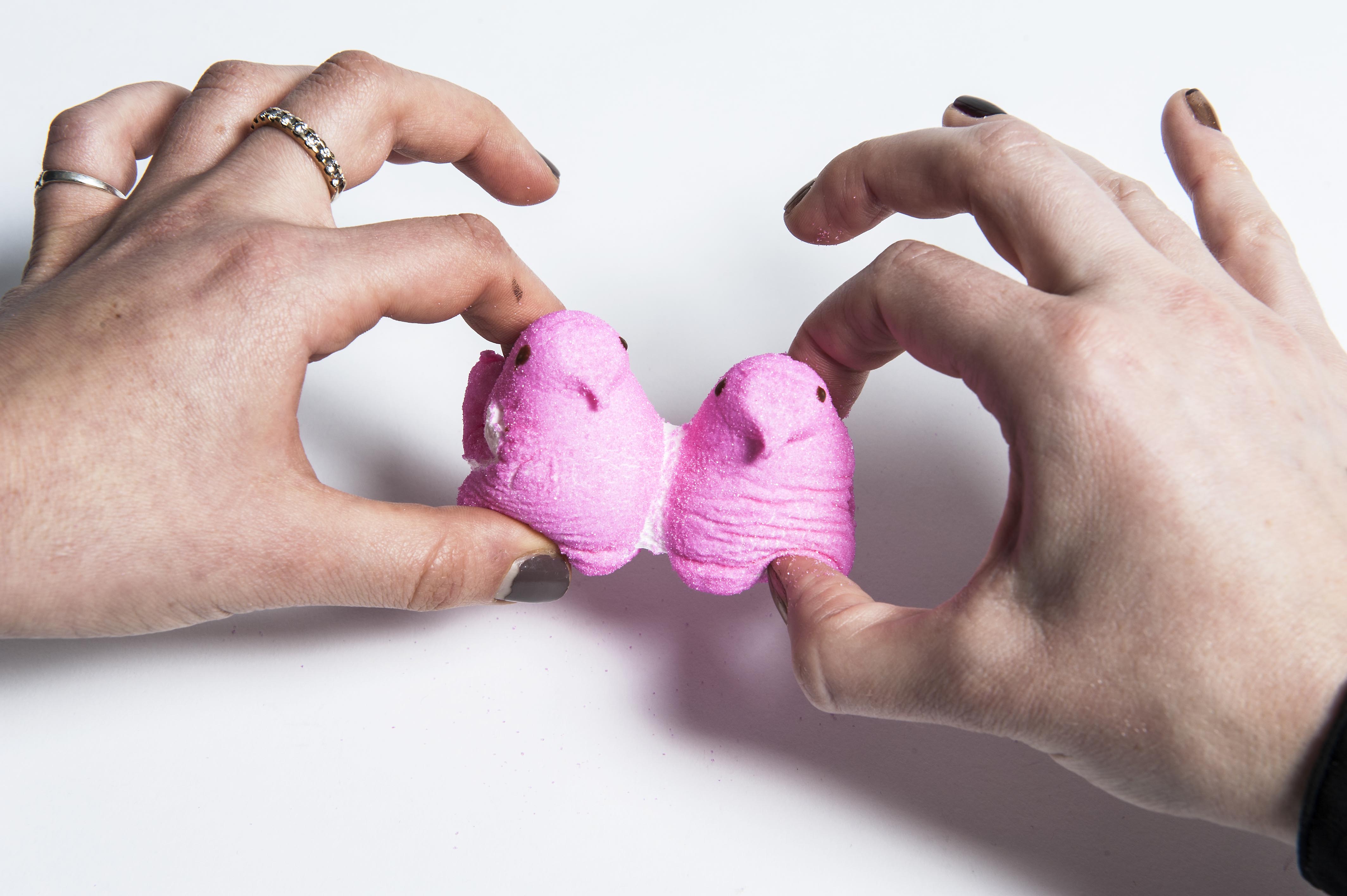 Baby Peeps put up a fight, but were willing to stretch away from their partners, with a little provoking.

Old Peeps Are Brittle And Frail, New Peeps Can Take A Little Mussin' 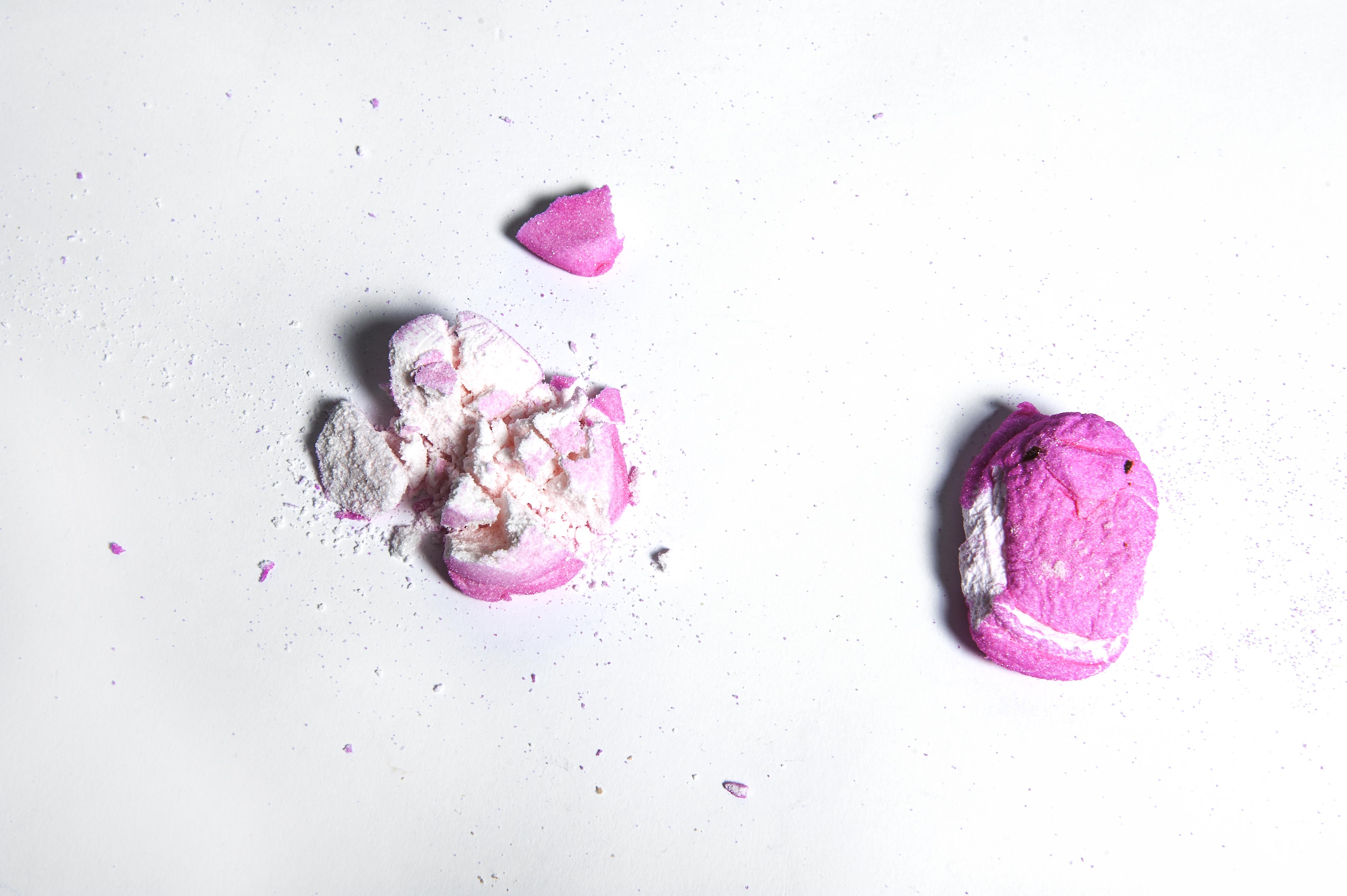 We smashed these two Peeps with a Tupperware lid (see below). Our dear, old Peep couldn't take the pressure and crumbled to pieces. Newborn Peep went flat, but remained intact. 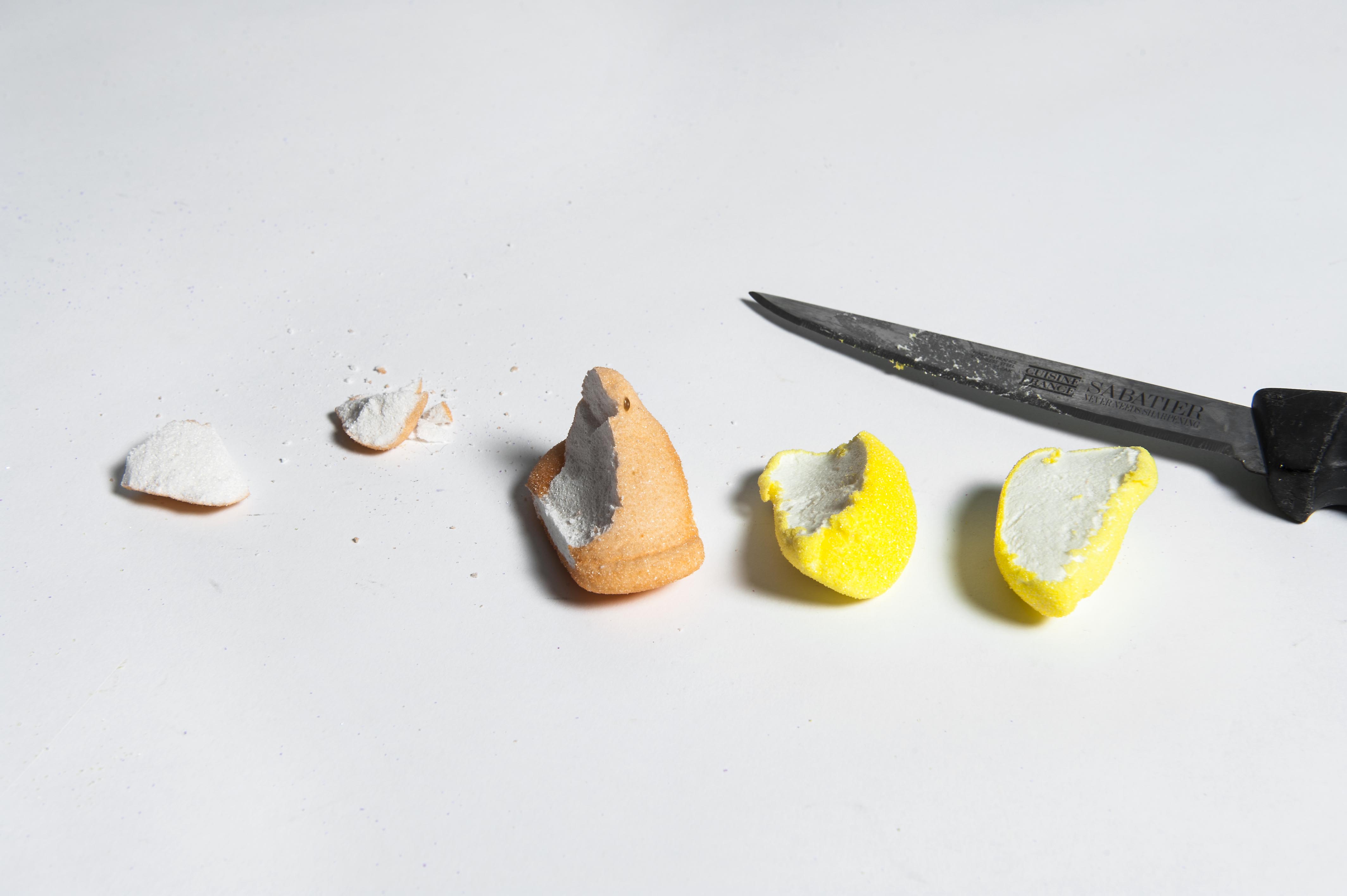 Cutting an old Peep is similar to cutting an ice cube, but eventually little Peep will give, and you'll get a pretty clean break (Precaution: consider wearing some protective glasses if you dare try this at home, as Peep dust is sure to fly). Youthful Peeps, on the other hand, are simple to slice, but leave a sticky, marshmallow residue on the knife.

If You Can't Stand The Heat, Get Out Of The Microwave 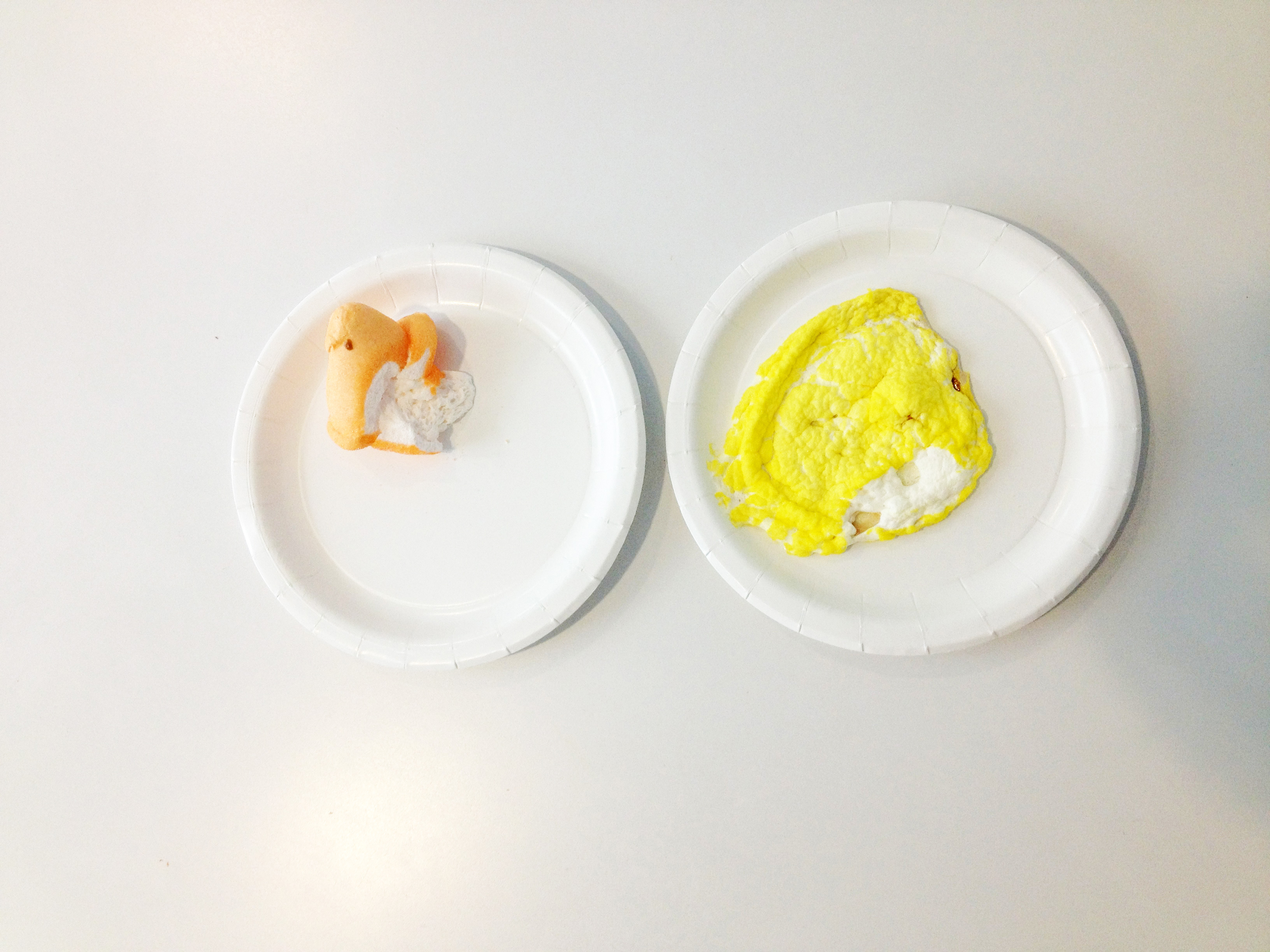 We nuked each Peep for 30 seconds. Year-old Peep puffed up in size and got a little crispy, but for the most part held his own. Young Peep couldn't handle the heat: He blowfished, then flattened to a burnt Peep-pancake that stuck to the plate.