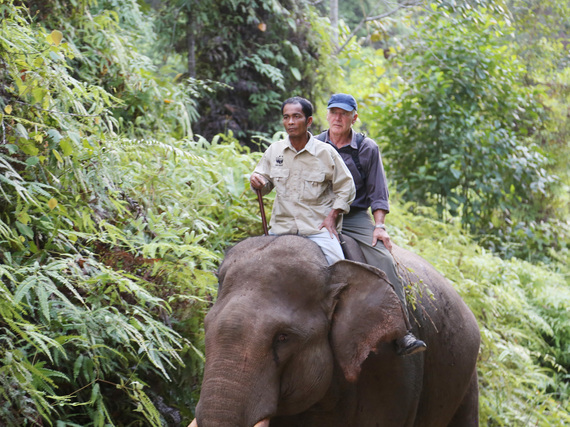 All photos courtesy of: Showtime Networks

As a soil lover, compost queen, plantaholic and full-throttle garden nerd, I've been witnessing the weather changing over the last decade, in my own backyard. In the last few years I've even been forced to quit my fervent love affair with my roses and instead plant succulents. Imagine, the rose, queen of the flowers replaced by a... cactus? Yup. That's brutal. Why? Because most roses are prima donnas and drink too much. In super-dry California, easy-peasy, low-maintenance, drought-loving plants are the new "it" girls.

Why are we seeing increasingly severe weather? According to Dr. James Hansen, former director at NASA Goddard Institute for Space Studies and his fellow Debbie-Downer, super-scienc-y cartel, 350 parts per million is the upper limit for carbon dioxide in our atmosphere "if humanity wishes to preserve a planet similar to that on which civilization developed and to which life on Earth is adapted." Our current level of carbon in the atmosphere is heading over 400 parts per million.

This is hard for us oblivious and distracted mortals to comprehend but fear not, pilgrim, a brand new Showtime documentary series, entitled Years of Living Dangerously, is here to educate (and find solutions, yay!) about climate change in nine entertaining, star-studded, science-geek-filled episodes. I spoke with Joel Bach, the series' co-creator and executive producer to get the details of the upcoming TV series that will finally put climate change and worn-out Mother Earth (apparently, she's not big on forgiveness... ) on the national agenda.

Where did you and Co-Creator David Gelber get the idea for Years of Living Dangerously and how difficult was it to pitch to Showtime?

David and I had produced a number of climate pieces for 60 Minutes, but the more we reported on global warming and the more we learned about the issue, the more we wanted to report on it. But at 60 Minutes you don't get to simply tell your bosses, "From here on out this is the only story I'm going to work on. I don't care if other big news breaks, I'm only doing climate change." That's just not how it works at any of the news magazines. So David and I decided to try to make a documentary film; one that would be the successor to Al Gore's film, An Inconvenient Truth. We felt the story was big enough -- and we felt it wasn't getting anywhere near the attention it deserved on TV or in movies.

Long story short, we eventually abandoned the idea of a single film in favor of a multi-part TV series (and here I have to give credit to my wife, my mother-in-law and Jerry Weintraub -- all of whom said a TV series would generate way more eyeballs, which I think is true). As for the pitch to Showtime, it wasn't a tough sell. We got immediate support from the CEO, Matt Blank and president, David Nevins. Nevins even said he would get out of the way and let us produce the show we envisioned, which stood in pretty sharp contrast to a number of our other pitch efforts, where executives had all sorts of "suggestions" for how we might format the show and produce the content. 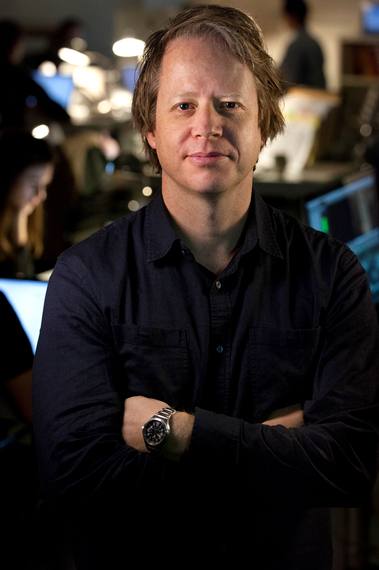 You have an impressive advisory board: NASA's James Hansen, Lisa Jackson of the EPA, Heidi Cullen, lead Climate Scientist, Kevin Knobloch, President, Union of Concerned Scientists and Frances Beinecke, President, Natural Resources Defense Council. But who cares about the brainiacs and do-gooders? Let's go shallow. Tell us about Hollywood! How involved were the actors?

Hollywood came to play, big time. It took a while, but we managed to get an incredible cast for the show. Some celebrities were able to dedicate more time to the production than others, but across the board all of them were really passionate about the project. Harrison Ford, for example, spent about two weeks filming with us in Indonesia (on a story investigating deforestation in that country) and then shot another couple of days with us back in the U.S. That's an incredible amount of time for a celebrity of his stature to spend working on a documentary TV series. 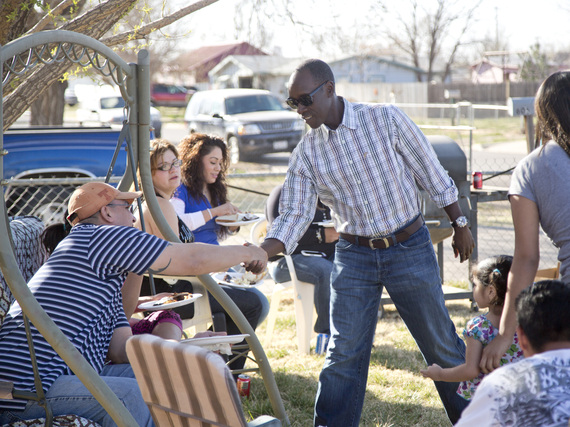 Pictured: Correspondent Don Cheadle from the segment "Pray for Rain."

You and David Gelber are Emmy Award winning producers with an experienced past record of investigating fraud reports on 60 Minutes. Who are the powerful interest groups/lobbyists misinforming the public or 'casting doubt' about climate change?

This requires a long and detailed answer to present the whole story, because the effort to undermine the threat posed by climate change is often hard to track, although it's a sophisticated and well-financed effort. What I can say in short is that the fossil fuel industry, in general, plays a big role. Some companies are worse than others, to be sure, but you certainly see a good amount of money flowing into the effort.

We found wealthy individuals with ties to oil and gas playing a role too. There's overt lobbying at both the state and the federal level, but the effort we looked at most was the money flowing into the think tanks. The think tanks have a multi-pronged approach: they put their experts on TV claiming that climate change is a hoax; they generate all sorts of reports and studies suggesting climate change might even be good for us; and they send their representatives around the country to encourage lawmakers to take their side. There's a new funding mechanism as well - a couple of funds established to essentially make it impossible to know which individuals or groups or companies are funding climate denial efforts. Everything used to be much more transparent, but the funding of these various think tanks has now been largely pushed underground.

The series has a NASCAR driver, a country singer, an army general and an evangelical preacher all talking about climate change. Tell us about the most unexpected cast member to be surprisingly informed and active on the issue.

I have to say the best cast member in this regard is Arnold Schwarzenegger, who, as you know, is a Republican. When he was governor of California, he played a major role in addressing climate change, but a lot of Americans don't know that. So I think he'll be the biggest surprise to our audience. 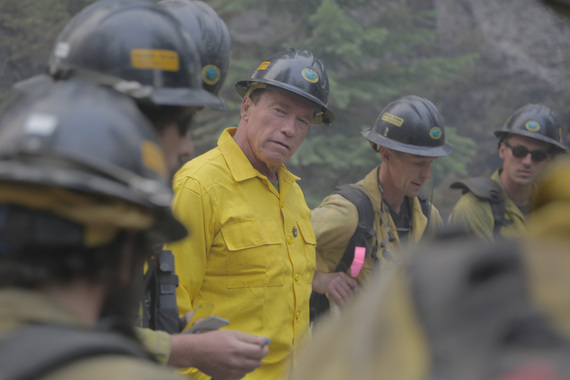 It's critical to show that these weather disasters we are now seeing are tied to man-made global warming. How can the series do this to a skeptical, predominantly misinformed public that watches FOX News?

We're hoping that viewers who aren't necessarily interested in or concerned about climate change will be inclined to watch the show simply to see what all the fuss is about. And then we hope to hook these viewers with powerful, dramatic people stories. Then, as viewers watch, they'll see the science of climate change organically woven into the storytelling, presented by the world's top climate scientists in a way that we think will be highly accessible. The goal, quite frankly, has been to make TV that is extremely entertaining (so people stick around), informative (so people learn something in the process) and accurate (so we maintain the credibility we established working at 60 Minutes).

Tell us about the first episode. What can we expect?

Harrison Ford flies a fighter jet and goes to Indonesia. Don Cheadle goes to Texas to investigate a drought so bad that thousands of people are out of work. And Tom Friedman goes to Syria to see if there's a link between climate change and the civil war there.

For weekly action steps and behind the scenes viewing visit:
www.YearsofLivingDangerously.com