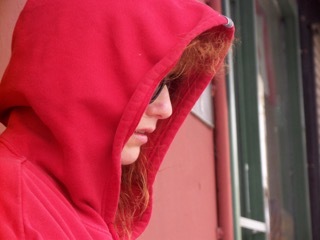 Reprinted with permission from http://www.xojane.com where a longer version of this article originally appeared:

Two and a half years after my husband George died of cancer, I am still mired in shame and regret because I was such a poor caregiver to him. Images of me angry, yelling at him, continue to haunt me.

My burden following my husband's death: knowing that I was a terrible caregiver and a bad person.

Now that George is gone I don't know how I want to reorganize my life, or even if I want to change things. But I can't live a life subsumed by guilt, reliving the past because I can't forgive myself.

Many caregivers feel guilt over our anger and perceived failures at not having tended well enough to our charges whom we loved and meant to do better by.

All I can do is to offer empathy I've been there. I watched him dying. And I thought I was going crazy.

But, I need to let it go, to let my wounds heal, to stop reopening them.

But my wounds cannot heal if they are buried in shame. So, I've written about it, to stop feeling like my caregiving was a crime I'm hiding.

George and I were both introverted only children. We met at a pool party at his parents' house when he was 11 and I was seven. Our parents worked together so we'd meet up over the years until I invited him to my senior prom. We were together for 32 years until he died on April 10, 2013 at age 53.

George had always taken care of everything. When he was diagnosed with metastasized male breast cancer in 2009, he chose to handle his treatment on his own. He drove himself to and from chemotherapy. He stopped on his way to work to get his chest zapped with radiation before continuing on with his hour-plus commute.

He would not let me come to the hospital with him. He directed his doctors not to talk to me saying they were "gloom and doom types," promising he'd always tell me the truth, but the information would come only from him. I thought he was the most considerate cancer patient in the world.

I think he saw himself as a warrior. William Wallace riding into battle alone against the cancer, defying the oncologist who had predicted his doom. Keeping me safely away untouched like a princess in his castle. Or maybe he was just George, software developer of almost unlimited bandwidth, taking on one more assignment.

His system worked for about four years while he was still in good shape.

But towards the latter half of 2012, his body started to fail. He couldn't walk anymore, moving from a cane, to a walker and finally to a wheelchair. By December 2013, he could no longer manipulate the wheels of the chair on his own. I was afraid whenever I'd leave the house that he'd hurt himself. But he refused to get outside help. I had to call 911 a few times when he fell.

George was in denial about his condition. He swore to me that he was getting better even as he became emaciated, the bones showing through the flesh in his back. I showed him pictures of his wounds on my cell phone, but he still insisted he was fine.

I started to go crazy. I was isolated. George was telling me what he thought was the truth, but he was so obviously wrong. And I didn't know what to do, except to take care of him as best I could.

Had I known that my limited care wouldn't make a difference, that he was living out his final months as he chose, working on his computer code, still eating dinner with me every night, even though his meal had been reduced to a few Triscuits with Underwood Chicken Spread -- that these were in fact his last days -- I would have been ok. I would have known that I was doing the right thing by him. That I wasn't being negligent or risking his life. That however bad things became, they'd be over soon.

I wouldn't have yelled at him. Or ranted that he needed to be in the hospital. Or screamed that I needed more help to care for him. Or whined that I needed sleep because I had to deal with his nebulizer during the night. But I did those things, bearing my responsibilities angrily and gracelessly, tripping over the long cables from his oxygen tanks that snaked through our house.

Finally, one Sunday morning he was obviously addled, rambling in a way that made no sense. As he begged me not to call, I dialed 911 to take him to the hospital.

He died in the hospital three days later, still believing he would get better and come home. My last words to him were my agreeing that he'd return home after he got better. My next-to-last words were "What's your Wells Fargo password?"

Two and a half years later, I still get insomnia. And occasional anxiety attacks.

I've seen a few grief therapists. I tried drinking, and later tried not drinking. I have exercised. I have dated. I have socialized.

And I still felt damaged. Like I look fine, but what if people saw the real me, the angry, uncontrolled me I'd been when George was dying?

I've read a lot about caregiver's guilt and burnout, but thought, "this doesn't really apply to me. George wasn't sick for that long. For most of the time, he was fine." Or, I've distinguished another person's story because "this caregiver didn't yell at the person they were taking care of the way I did."

I've sympathized with others, but felt apart from them, because "this caregiver's charge acted like a jerk, but George was so considerate, trying so hard not to be a problem."

If you are or were a caregiver and you feel like you did it wrong, it's ok. We were thrust into impossible situations. It wasn't our faults. We did the best we could even though later, upon reflection, with the crisis past, it doesn't feel that way.

I know that George is at peace. And I need to be at peace now too.