No, your eyes aren't deceiving you, and this isn't some Photoshop trick. These images capture an amazing process called sand washing, which intends to move a reported 30 million tons of silt downstream in China's Yellow River. And these tourists were just as entranced as you, seeing it live.

According to CRI English, the intense process takes place annually in the Xiaolangdi Reservoir to clear sediment build-up. As silt settles, riverbeds rise and muddy waters slow toward lower parts of the river. To counteract rising water levels that endanger levees, China blasts the river's mud and sand downstream at an incredible 91,820 cubic feet per second. That's about the equivalent volume of 3,400 bags of mulch pumping out every second.

Check out the crazy photos below: 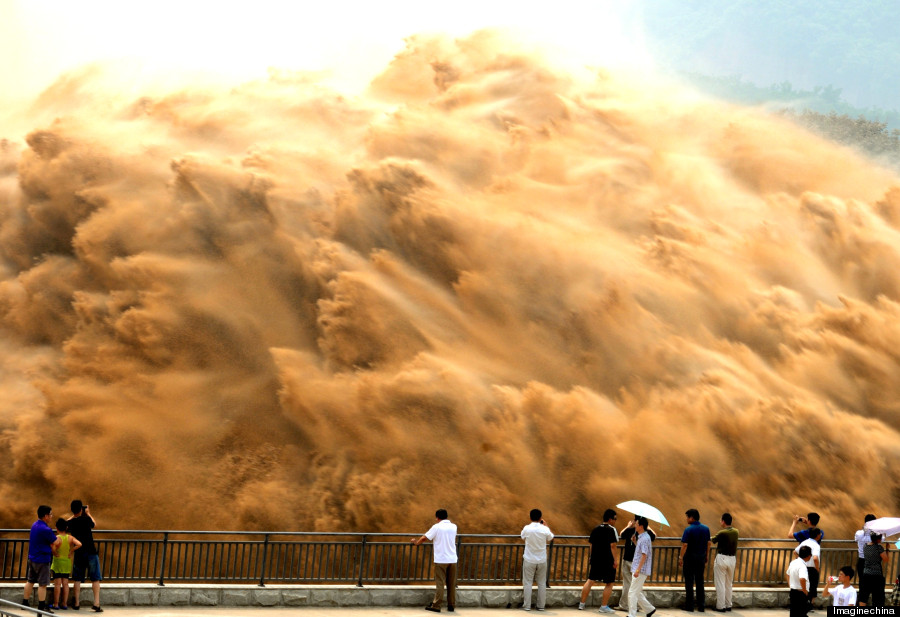 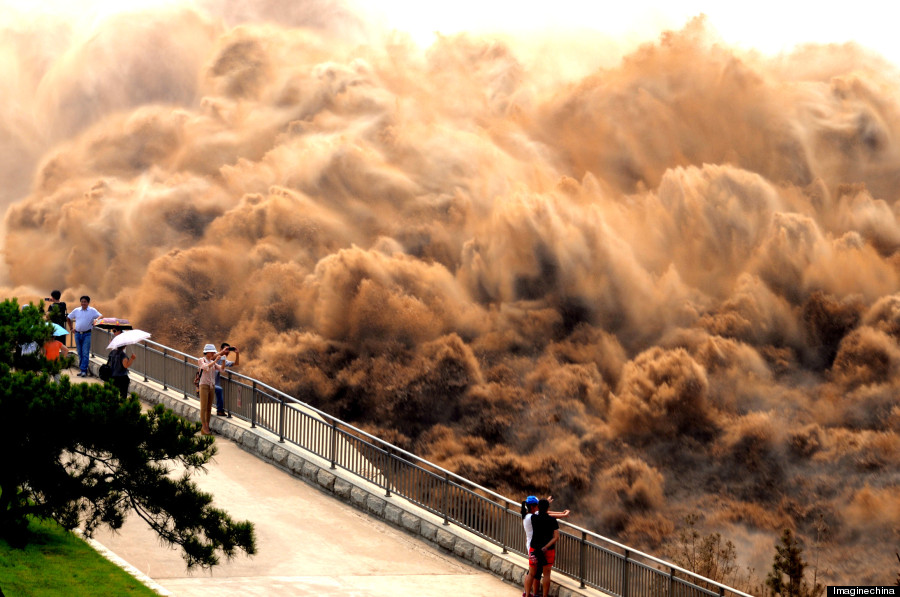 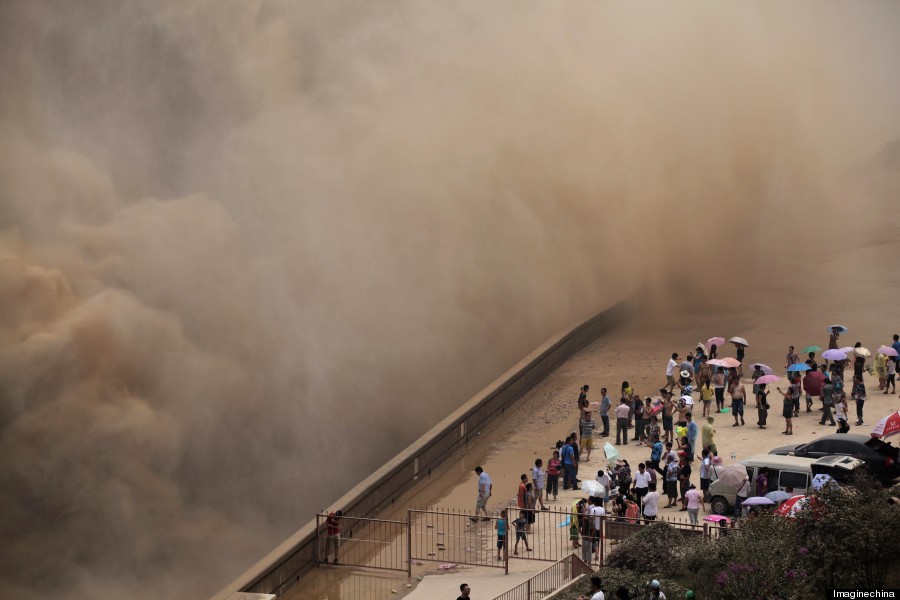 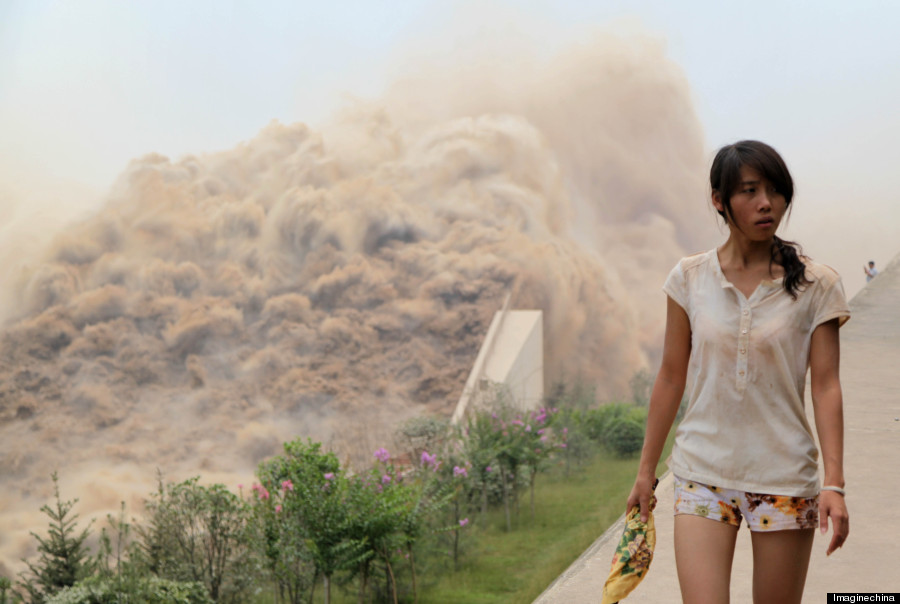