If you give a man a fish, he'll eat for a day. But if you teach a man to fish, you'd better tell him what to do if he reels in a world record.

Robert Ross was fishing in remote waters near Loreto, Mexico, when he landed a record-breaking 430-pound yellowfin tuna, according to GrindTV.

Ross's catch might have broken the current world record for yellowfin tuna -- set in 2012 with a fish that weighed in at 427 pounds -- but he made one big mistake.

For a fish to be considered for a world record, it must be weighed intact on a scale that is certified by the International Game Fish Association by a registered representative.

Unfortunately, Ross was in a remote location when he landed his catch and didn't have access to a certified scale. That's why he went ahead and chopped it up before he made the call.

"Ross is a consummate angler who fishes nearly every day," Ehrenberg told The Huffington Post, adding that it would've been impossible to get the fish to the proper scale.

"By the time they could have found a certified scale and rep, it would have been at least 12 to 18 hours later, in which time the fish would have rotted and also lost weight," he added.

Prior to 2010, it was widely believed that fishermen would never see a yellowfin tuna weighing over 400 pounds. That changed when two massive yellowfins were caught in 2010 and 2012 -- at 405 pounds and 427 pounds, respectively -- proving there are, in fact, more fish in the sea.

So don't worry, Ross, next time you reel in a big one, you'll know what to do.

This story has been updated to include comments from Tracy Ehrenberg of Pisces Sportfishing.

PHOTO GALLERY
Here Are The Best Fish To Eat 2016 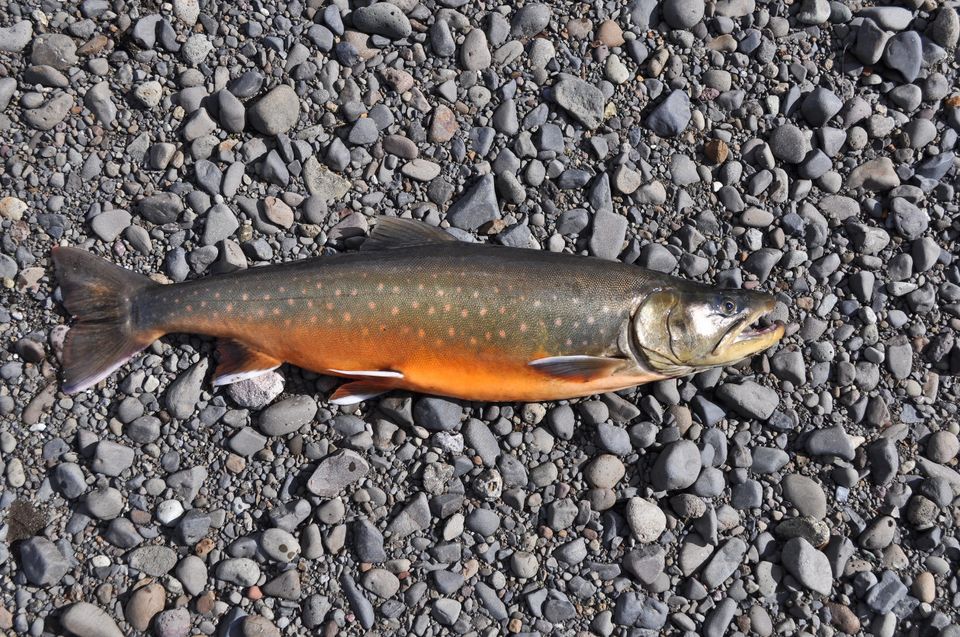 1 / 21
Arctic Char
Seafood Watch considers arctic char, which is in the salmon family but closely related to trout, a <strong>"best choice"</strong> if you get it&nbsp;farmed from the US, Canada or Iceland. <br><br>The "systems in which they are produced <a href="http://www.seafoodwatch.org/seafood-recommendations/groups/arctic-char?q=arctic%20char&amp;o=700976759" target="_blank">allow for significant environmental control</a> and subsequently minor environmental impacts," according to Seafood Watch.
sergunt via Getty Images