In a recent interview with Business Insider, Yelp CEO Jeremy Stoppelman speaks about the company's response to businesses that buy Yelp reviews to skew public opinion in their favor.

Stoppelman explains that the Yelp team runs sting operations to identify 'questionable or shady businesses' that engage in review purchasing. On the Yelp pages of the guilty parties, a large consumer alert posts to notify customers of the indiscretions.

The New York Times reports that to snare the unwitting perpetrators, Yelp employees pose as 'elite reviewers' -- people with a proven reputation on the site who are especially valued for the phony practice. When the businesses reveal themselves, the trap snaps shut and soon after the large, red, alert banner appears.

As online reviews became more and more influential in the marketplace, companies started to look for ways to gain an edge on the competition, according to another Times article last year. 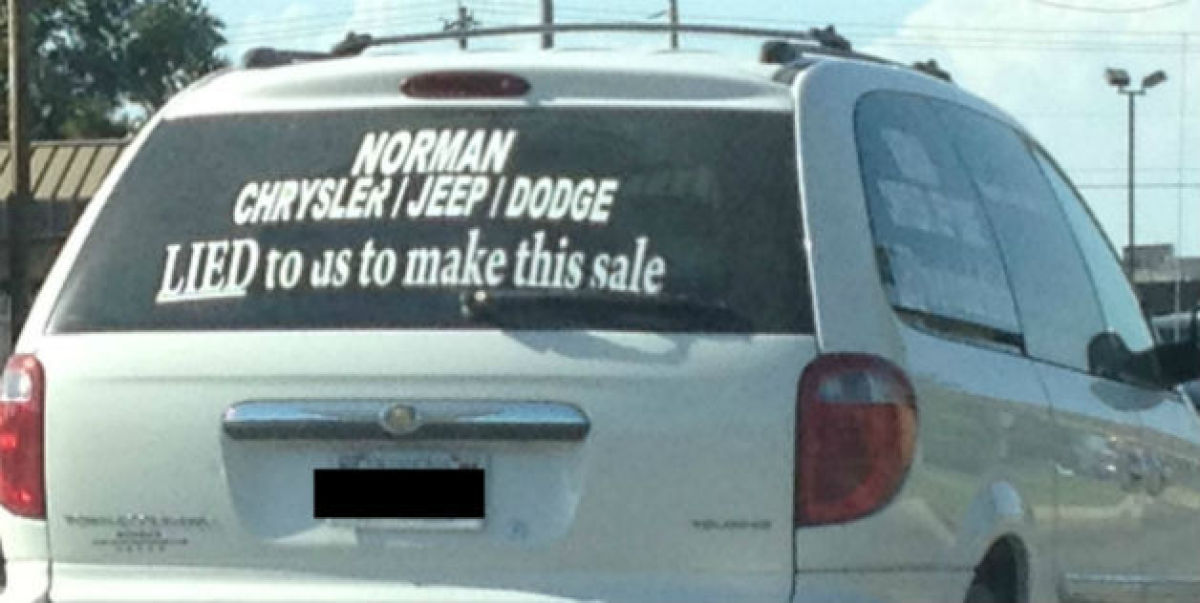 1 / 10
Turn Your Car Into A Negative Ad
A <a href="http://www.reddit.com/r/pics/comments/xqc6h/i_love_it_when_people_take_shit_into_their_own/" target="_hplink">Reddit user</a> launched a negative ad campaign on his car after he claimed a car dealership <a href="http://now.msn.com/vehicle-has-signs-on-it-claiming-car-dealer-that-sold-it-is-a-liar" target="_hplink">bilked him</a> out of $9,000.
Reddit