State news agency Saba also quoted Hadi as telling police cadets that 40 suspected al Qaeda militants had been killed in recent counter-terrorism operations and vowed to keep fighting the Islamists until they laid down their weapons.

Hadi, who came to power in 2011 after months of turmoil forced his predecessor to step down, irked Yemenis last year by giving unequivocal support for Washington's controversial drone strikes, which have increased under President Barack Obama.

"The drones that are conducting operations are part of the cooperation between us and the United States," Hadi told the cadets.

He said Yemen had allowed the United States to undertake such operations because his country did not possess such technology to carry out "these precise military missions".

"I have discussed the issue of helping us acquire this technology with the U.S. administration," Saba quoted Hadi as saying, adding that the Yemeni army was capable of using drones.

The Yemeni army, with U.S. backing, last year drove al Qaeda militants and their allies from strongholds they seized during months of turmoil against Saleh's rule.

But the militants have since regrouped and mounted attacks on government officials and installations.

"We will pursue them until they seek peace, give up their weapons and return to their senses as Yemeni citizens and not as enemies of Yemen, and kick out the foreigners who carry out these military attacks with them," he said.

Hadi defended the use of drone strikes, saying they were more accurate than other methods. He said that a 2009 strike that killed scores of Yemeni civilians in Abyan province resulted from a cruise missile and not a drone.

Restoring stability to Yemen, one of the poorest countries in the Arab world and next door to the world's top oil exporter Saudi Arabia, is an international concern.

Al Qaeda in the Arabian Peninsula has used Yemen to plot an attack on international aviation and attacked a U.S. warship and a French supertanker in Yemeni waters.

Yemen said earlier this month it had foiled a major al Qaeda plot to seize two oil and gas export terminals and a provincial capital in the east of the country. (Writing by Sami Aboudi; editing by William Maclean and Andrew Roche) 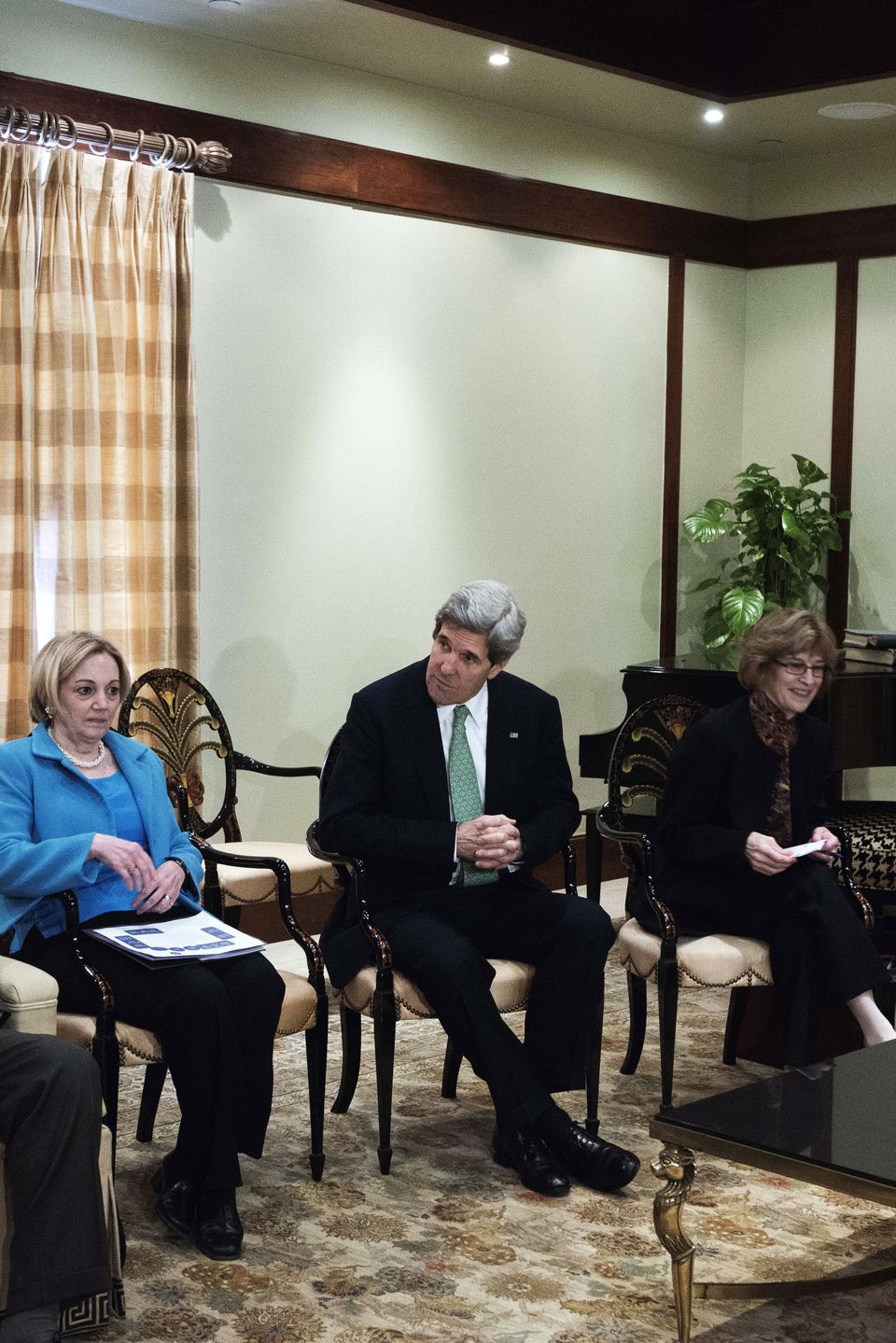 1 / 29
Cairo, Egypt
<a href="http://egypt.usembassy.gov/sm08042013.html" target="_blank">According to the State Department</a>, the embassy will remain closed through August 10. <em>US Secretary of State John Kerry (C) sits next to US ambassador to Egypt Anne Patterson (L) during a meeting with members of non-governmental organisations at the US embassy in Cairo on March 3, 2013. (GIANLUIGI GUERCIA/AFP/Getty Images)</em>
Getty Images