By Mohammed Ghobari and Noah Browning

CAIRO/DUBAI, May 25 (Reuters) - Yemen may never emerge as a united country from a civil war pitting a northern Shi'ite Muslim militia and its allies in the army against fighters in the mostly Sunni south.

The latest conflict, now in its third month, has exacerbated long-standing grievances that are regional but also increasingly religious in a country whose unity has always been brittle.

Secessionist sentiment in the south, stoked by what southerners see as decades of marginalization by the north, is deepening as result of the damage inflicted upon Aden and other southern cities in assaults by the northern Houthi militia.

Sunni Muslim Arab states have maintained an air bombing campaign against the Houthis, allied to archrival Shi'ite Iran, but the Houthis retain the upper hand in battles in the south.

Southern combatants fight under the flag of their formerly independent state, and residents spurn the idea of again joining those they see as northern invaders. 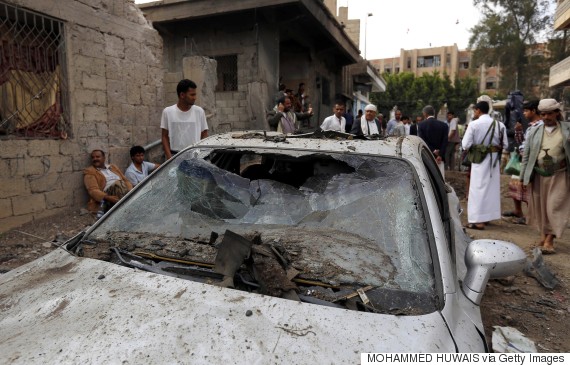 Yemeni men inspect a damaged vehicle following a reported airstrike in the capital Sanaa, on May 27, 2015. (MOHAMMED HUWAIS/AFP/Getty Images)

"What unity could there be after the destruction we see on our streets and wars of extermination against the south? Forget it," said Saleh Hashem, a resident of Aden, a port city whose historic commercial district lies in ruins.

Once a British protectorate turned satellite state of the Soviet Union, South Yemen joined North Yemen to form a united country in 1990 under then President Ali Abdullah Saleh, who took power in the north in 1978.

Many in the south, home to most Yemeni oil facilities, felt northerners had commandeered their resources and denied them their identity and political rights. The South then sought to break away in 1994, but Saleh re-united the country by force.

Resentment has festered since the unification and has grown with the ongoing war, taking on more religious overtones.

"We want there to be one people, but in two states with open borders between their citizens," Fuad Rashed, a leader of the southern secession movement, told Reuters.

"The ongoing war has bloodied and slaughtered what little remained of the national unity that has been bungled for over two decades," he said.

Despite Saleh's overthrow during the 2011 Arab Spring protests, he and loyalists in Yemen's army have made common cause with the Houthis, helping their drive from northern strongholds into the capital Sanaa in September and further south. 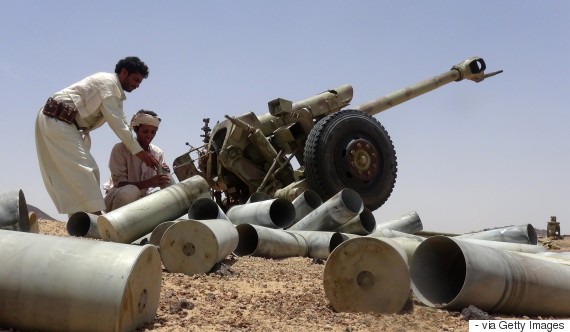 Armed Yemeni tribesmen from the Popular Resistance Committees, east of the capital, Sanaa, on May 21, 2015. AFP/Getty Images)

The Houthis say their advance is part of a revolution against Sunni Islamist militants and corrupt officials. Saleh says he seeks reconciliation and denies accusations that he wants to settle old scores.

The northerners' alliance against Yemen's government, whose base of support is in Aden, may reflect a new unity of purpose in the heavily tribal north, where Shi'ite Islam's Zaydi sect, to which the Houthis belong, prevails.

"A sectarian and regional polarization is under way. When the Houthis took over Sanaa and beyond, it showed that the Zaydi tribesmen were again vying for control)," a northern Yemeni politician, who requested anonymity for security reasons, told Reuters by telephone from Sanaa.

"The majority of the military command, being northerners, quickly fell in with this agenda," the politician said.

The northern advance is firing religious zeal in the south.

"The Houthis are a Shi'ite religious movement, and the whole south is Sunni. This has caused the religious to support the idea of secession more, so that the authority remains Sunni and they avoid living in a united state run by Shi'ites," said Mahmoud al-Salmi, a history professor at Aden University.

While the idea of secession has gained ground, a security vacuum brought on by the split of Yemen's army into pro- and anti-Houthi factions may make a viable southern state harder.

Religious hardliners may be poised to make the most gains. 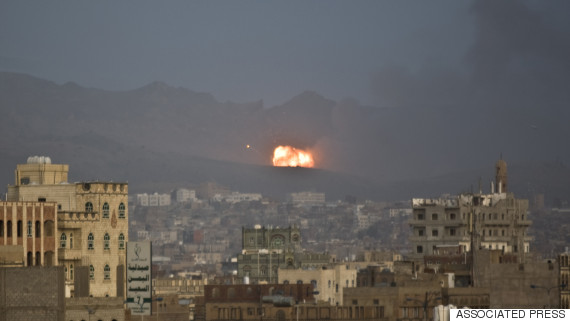 Flames and smoke rise after a Saudi-led airstrike hit a site believed to be one of the largest weapons depot on the outskirts of Yemen's capital, Sanaa, on Tuesday, May 19, 2015. (AP Photo/Hani Mohammed)

Residents of Hadramawt's main city, Mukalla, say the council has made a pact with al Qaeda's Yemen branch, allowing it to hold recruitment rallies, set up informal Islamic courts and carry their weapons in public.

Southern activists worry that the new prominence of the group, whose goal of attacking the Yemeni state and Western targets, could turn the region into a hotbed of strife rather than the state they seek.

"The truth is that the situation has become like an Islamic Republic, where al Qaeda operates freely to impose its deviant version of hardline Islamic Law," activist Mohammed al-Sharqi said by telephone from Mukalla.

All this will only add to the worries of the United States, which poured aid and military assistance into Yemen, including drone strikes, to counter al Qaeda's rise but has had to scale back due to this year's conflict.