I will never forget the afternoon of May 29, 2015. It was a Friday, where it is culture for family to spend the day together and we usually go to my parents for lunch. But that specific Friday we were too busy to go. Then late that afternoon, we heard a loud blast that shook the entire house. It was bombing from the airstrikes, and we knew it was close, but we didn't know how close.

Panic in the streets of Hajja City ensued. Everyone was screaming and crying as the deafening sound of bombing continued; terrified for their loved ones under attack and that they would be next. No one knew what to do. The fear was overwhelming, and my traumatized child was holding me tightly and screaming, "Mummy don't leave me, I will die with you." I tried desperately to calm him down, while also trying to fight the panic and fear that was rising within me.

Communication channels were down for an hour but it felt like 10 hours. I was desperately trying to reach my parents and family. Then my husband came running in the house to tell me the airstrikes had hit where my family lives. He had managed to reach my father and was going to go rescue my parents from the area under attack.

In that moment, I was terrified it would be the last time I would see my husband, and my son was begging him not to go. But I was also terrified for my family who needed help, so after a tearful farewell embrace, I watched him drive away and could only wait and pray for a safe return.

After waiting several excruciating hours, my husband returned with my parents and other family members. They were alive! I could not believe they were alive! My mother was so traumatized, it was hours before she could speak. Eventually, she and my father emotionally shared of the destruction and death they witnessed as their area became an airstrike target. Most of my family escaped with minor injuries, but my cousin and her 9-year-old son died. There were also eight other close neighbors who died.

We've been living through this violence for five months now. Everyone is prepared to die at any moment. Thousands of people have lost their lives, and so many like me have lost loved ones due to a war we did not ask for.

When I look back at what all has happened, I wonder where we get the strength to carry on. For me and many of the staff at CARE, that strength comes from our work. By being able to help the people in my country, we find hope.

My team risks their lives and works tirelessly every day to get relief items to displaced people who need assistance. Gaining access to the people is a huge challenge and violence can breakout anywhere and at any time. But we continue to try our best to deliver aid and are doubling our efforts, because people are suffering. With 20 million people in need of water and sanitation, we are providing clean water and rehabilitating water sources, distributing water purifier, as well as, hygiene kits with basic items like soap, toothbrushes, diapers and sanitary napkins for women. People are so appreciative and overjoyed to see CARE staff arrive with these items, and that's what keeps us going.

I never want my family, especially my son, to experiences another day of violence like we did on May 29TH. This killing of innocent people from all sides must stop. Everyone in Yemen lives in hope for the day that this senseless violence ends. But until that day comes, we will continue helping each other and fighting together to survive. 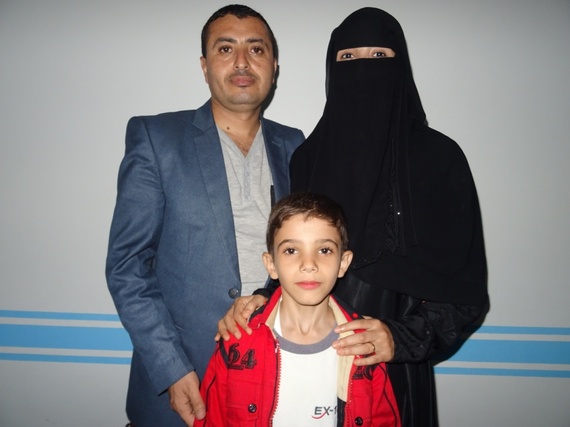