Google “Yemen” these days and up pops overwhelming images and articles depicting the horrors of terrorism, child marriage, kidnappings, immigrant abuses and armed conflict. That, of course, leaves plenty of work for the nation’s Minister of Human Rights. A job that can’t be the most rewarding.

For three years now, Hooria Mashhour has been something of a blind optimist doing a bureaucrat’s job: logging corruption, cataloging abuse, enumerating detentions and doing all the other shit that comes with the gig. She took the job after a popular uprising led to a change in regime, and since then this energetic 60-year-old former activist has led the push to create a national strategy for human rights and a new ministerial unit on transitional justice. “Yemenis rose up because they had been denied their rights and I think everyone, regardless of their politics, deserves to live in dignity,” she tells OZY.

It’s still unclear if that hope is warranted. Rather, Mashhour’s story is one of scant progress and outright failure. Prioritizing human rights can be a tough sell in times of persistent national crisis. And while her role may be much needed in principle, Yemen’s been in a state of political turmoil since the overthrow of President Ali Abdullah Saleh and his 33-year regime. In September, the Houthi, an armed Shiite minority from the north of the country, broke a period of relative calm when they conquered the capital of Sana’a, targeting political figureheads, ousting the prime minister and calling on President Abd Rabbo Mansour Hadi for a change of government.

Being part of a government is rarely the best position from which to assess its human rights track record.

“We thought we had finally reached a national consensus and now another military situation comes and turns everything upside down,” she complains. It’s been the story of her tenure for this recent widow and mother of four, who’s been repeatedly threatened. Her children, who she says are also human rights activists, live safely abroad.

During the 2011 uprising, Mashhour was an outspoken advocate for change. After studying economics and then teaching it, she worked for the government-sponsored Women National Committee of Yemen for over a decade, only to resign in 2011 to join the ranks of revolution. When offered the role of minister she accepted with a mixture of enthusiasm and apprehension. “I knew it was going to be hard, and it has been. But I’m very proud of what we have accomplished.” 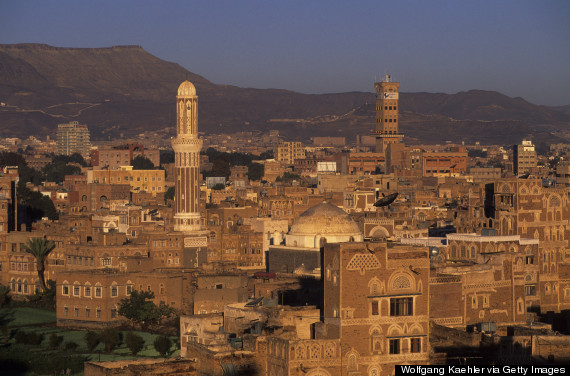 But despite best efforts — and plenty of optimism — the number of complaint letters flooding her office grows every day. So, too, do the number of families pleading for help to locate disappeared loved ones or sharing tales of abuse and torture — often condoned or allegedly perpetrated by other branches of the cabinet she serves, over which she has no jurisdiction.

Even so, Mashhour’s work has at least marked first steps toward change. After three decades of institutionalized silence, she and her team of 130 ministerial staff have brought to the discussion table and pushed for action on many taboo topics, from forced disappearances under the past regime to human trafficking, even if enforcement actions are still elusive. Mashhour’s biggest campaign so far has been focused on putting an end to child marriage — a practice still common and legal in Yemen — after accounts of girls getting married as young as 8 years old made headlines worldwide. A new Child Rights Law has been drafted and approved by the Cabinet — though not yet by Parliament — fixing a minimum age for marriage at 18.

Mashhour does have fans. “What’s she’s done is truly remarkable,” says Belkis Wille, Yemen researcher for Human Rights Watch. “She made it her personal mission and has pushed for police to take action in several cases, even when the families got angry.”

“I appointed someone as head of anti-corruption and they became corrupt.”

Still, being part of a government is rarely the best position from which to assess its human rights track record — which is why Mashhour says her proudest achievement is the drafting of a law for the urgent creation of an independent National Human Rights Commission. For the past eight months, the proposal has been discussed in Parliament, but progress is slow mainly due to the opposition of ex-president Saleh’s political party members.

Another spoke in the wheel of her work is the lack of accountability for certain parts of the government and its security forces, which are directly involved in many instances of human rights abuses. Two key security agencies, the National Security and Political Security, have been accused of beating and arbitrarily detaining peaceful activists, but since they report directly to the president they are out of the reach of the judiciary. “She might look into these issues but she just doesn’t have the political clout to change things,” says Wille.

She’s also tried to tackle corruption, with little success. “I appointed someone as head of anti-corruption and they became corrupt,” Mashhour laments. Many matters in Cabinet are discussed behind doors that are closed to her. She’s spoken out against the use of drones, visited families of killed civilians and pleaded the U.S. for more boots on the ground instead. But the number of strikes has continued to rise.

In spite of an objectively meager record, she still manages to sound optimistic. “I still have hope in the ideals of the revolution that some people gave everything, even their lives, for.” she says. But she says she doesn’t think she’ll be minister much longer. “It’s been such a headache,” she admits. After leaving office she hopes to join the National Human Rights Commission, if and when it’s created. “All that we want is a state of law where everybody’s rights are respected. It’s very simple really!” she says.

Except for the fact, of course, that it isn’t.