Trying to get out of Yemen’s conflict alive presents some stark choices.

Airports are closed. Many roads are impassible. There is the ocean, but the crossing is dangerous and on the other side lie some of the poorest and least stable countries in Africa. 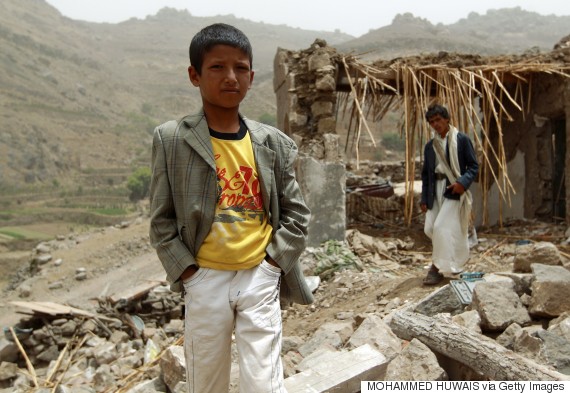 A coalition led by Saudi Arabia launched airstrikes in Yemen on March 26, after months of turmoil that saw Houthi rebels capture swaths of territory, Yemen’s president flee the country and a rising number of attacks by al Qaeda and the Islamic State group. The violence has degraded Yemen's already fragile infrastructure, leaving food, water and electricity scarce.

“The picture on the ground is extremely bleak,” the U.N. rapporteur on internal displacement warned on Wednesday. Chaloka Beyani urged the world to prepare for “massive displacement and humanitarian crisis as conflict-torn Yemen further descends into chaos, and civilians flee the fighting.”

Yet Yemenis looking to flee the horror have few avenues of escape.

Houthi rebels, Sunni tribes and parts of the Yemeni army are locked in heavy clashes in the south. Al Qaeda has captured chunks of territory in the east. The Saudi-led coalition has imposed a no-fly zone and naval blockade and continuously bombards the capital Sanaa. Satellite images show parts of the airport in Sanaa in ruins after airstrikes.

"They had bombed the airport, imposed a no-fly zone and closed the ports. There was no way out," Mokhtar Alkhanshali, a 26-year-old Yemeni-American from San Francisco who was working in Sanaa when the airstrikes began, told The WorldPost. The next day, after hearing that a Greek ship was evacuating foreigners, Alkhansali made a desperate decision. Despite heavy clashes around Aden, he would try to reach the port city and find a spot on the ship.

Alkhanshali's boat never showed up, and he had to return to the capital. "The road was full of death and destruction. ... It was a stupid decision to travel. I just thought there might be a way out," he said. 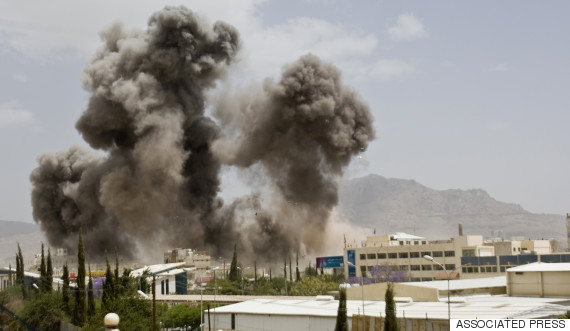 Hundreds have taken the same route, crossing the Gulf of Aden in tankers, ships and small fishing boats to reach the Horn of Africa.

Nearly 5,000 people, perhaps more, have already fled Yemen for the Horn of Africa since the airstrikes began, according to an internal document obtained by The WorldPost from a source with direct knowledge of people fleeing the violence to the Horn.

After leaving Aden and returning to the capital, Alkhanshali tried a different route, via the western Yemeni port of Mocha. After his boat failed to sail because of fuel shortages, a friend helped him secure space on a small motorboat with four other passengers.

"I was so happy that my crazy idea had actually happened," he told The WorldPost. "But about half an hour into the journey we started feeling the waves, and I suddenly realized I’m in the middle of the Red Sea, on a small boat, with no navigation equipment and worried about Somali pirates."

After nearly six hours, he reached the tiny African nation Djibouti. From there, he traveled home to San Francisco.

The main port in Djibouti city, the capital of Djibouti, is bustling with the new arrivals who made it out of Yemen alive. United Nations officials say they are planning for a “massive influx” of refugees into the tiny African nation and nearby Somaliland and Puntland, two autonomous regions of Somalia. Areas have already been designated for refugee camps in Somaliland and Djibouti.

The countries they are headed for are some of the most poor and unstable in the world. Somalia has been without a functioning government for more than two decades. Djibouti is more stable, but blighted by drought and unemployment. “An influx of migrants could be a big strain on these countries,” Ariane Rummery, communications officer for the United Nations refugee agency UNHCR, told The WorldPost. 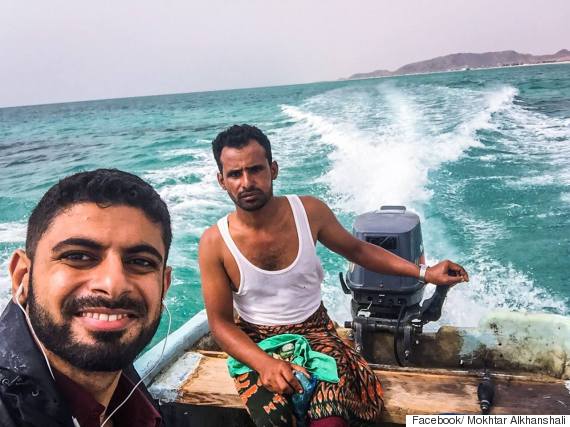 Many of those fleeing Yemen in recent days are being displaced for a second time. According to the document obtained by The WorldPost, many of the refugees headed for the Horn of Africa in recent days were refugees from wars in the Middle East and the Horn.

Despite political instability, shortages and rampant unemployment, Yemen has become a hub for Africans trying to escape violence and poverty, because of its strategic location between the Horn of Africa and the stronger economies of the Gulf countries.

Some 250,000 refugees, including from Somalia, Ethiopia, Eritrea and Iraq, were in Yemen at the start of the conflict, according to UNHCR. 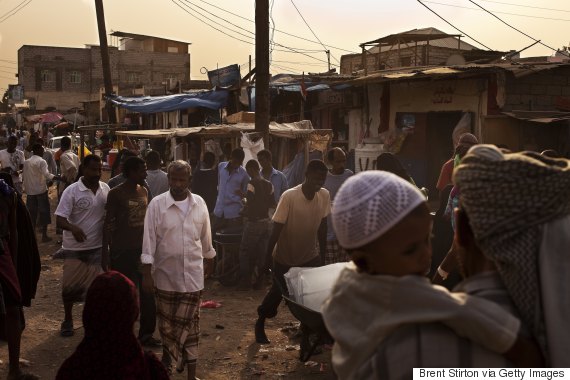 Many of the refugees arrived in Yemen by boat, having undertaken a perilous journey. Mirroring the spike in migrant deaths in the Mediterranean Sea, the United Nations said more people died trying to reach Yemen in 2014 than in the three previous years combined.

"There have been many tragic deaths on this passage. We don’t have reports of that happening yet since the current conflict broke out but urge ships in the area to rescue people if they do so," Rummery said.

And even as Yemen nears collapse, migrants are still arriving. Some 1,600 people, mainly Ethiopians, arrived in Yemen by boat after the airstrikes began, according to UNHCR. Over 100 Ethiopians, including 37 unaccompanied children, were evacuated by the International Organization For Migration after they were stranded in Djibouti en route to Yemen.

Displaced again, the migrants will have to look once more for refuge. “We don’t want people to do anything as desperate as crossing the desert to Libya and dying in the Mediterranean Sea,” Millman said.

However, the vast majority of people who have fled their homes have been unable to make the journey abroad and remain inside the country. Smugglers charge fees beyond the reach of most in this poverty-stricken nation. Fuel shortages are preventing more boats from making the journey.

Thousands of foreign citizens have been evacuated by Russian, Chinese, Pakistani and Indian authorities in the last week. The International Organization for Migration said 11,000 people from 22 countries have asked for help getting out. 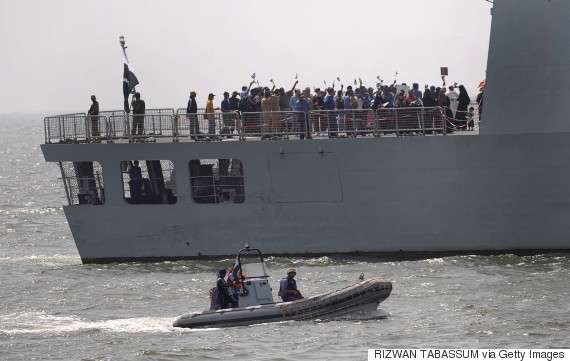 Some nations, including the U.S. and U.K., earned the ire of citizens like Alkhanshali for not organizing their own evacuation effort. American civil rights organizations launched a website called Stuck in Yemen to track Americans unable to flee, and announced Thursday they are filing a lawsuit in Washington, D.C., to order the U.S. to evacuate American citizens from Yemen. U.S. State Department spokeswoman Marie Harf said the decision was based on what is feasible in Yemen’s security situation. "Sending in military assets, even for an evacuation, could put U.S. citizen lives at greater risk," she told reporters last week.

CORRECTION: An earlier version of this story stated that Al Qaeda has captured territory in the west of Yemen. In fact, it is the east.