In response to the current political upheaval in Yemen, Murad Sobay decided to spread a peaceful call to action -- through art. 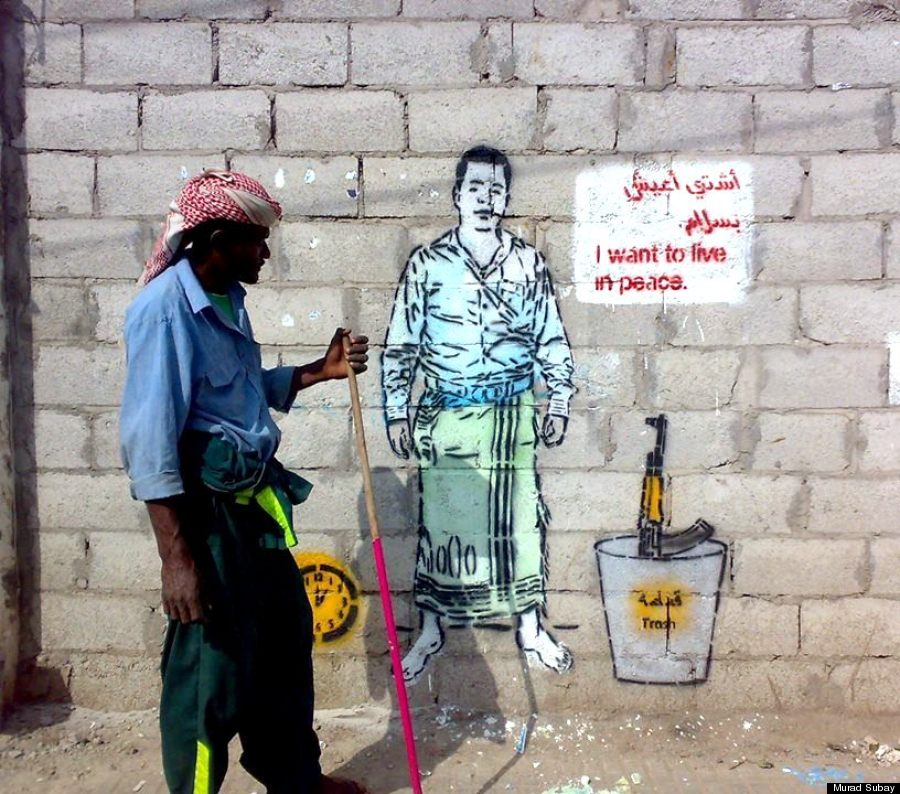 The activist and street artist embarked on a campaign entitled "The 12th Hour," which called out for public participation through social media. Over the course of 12 hours Sobay held 12 public street art demonstrations, addressing 12 political conflicts on Yemen's horizon, including gun control, sectarianism, and state executed kidnappings. Murals, graffiti and stencil pieces became political weapons in this precarious moment in Yemen's history. 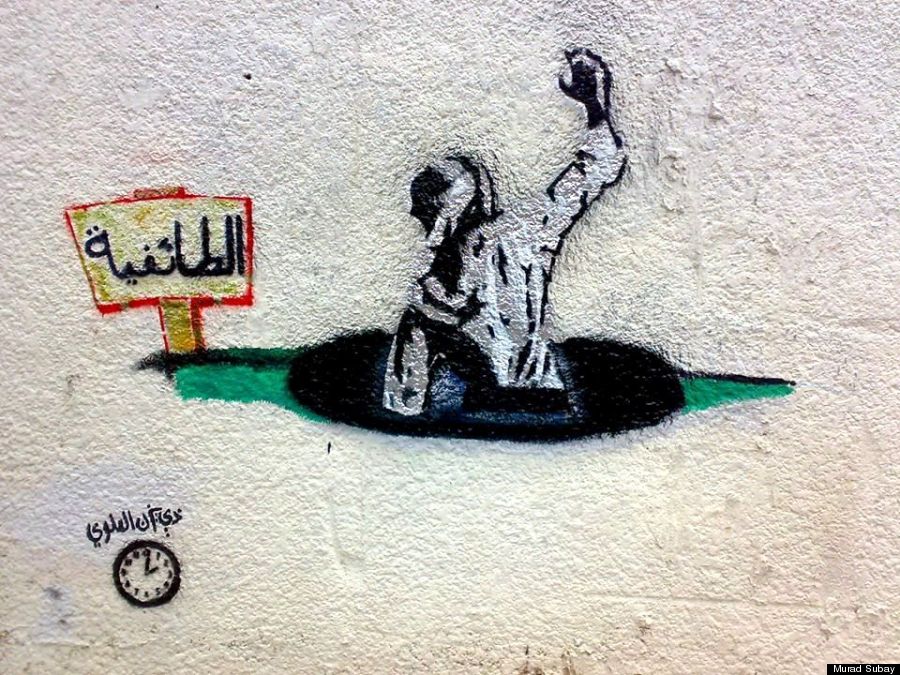 Participants were invited to take part as well, whether installing anti-sectarian artworks or sparking a dialogue on Yemen's future. The third demonstration, for example, addressing the government-issued "enforced disappearances," invited the public to stencil or draw the faces of those who were taken, alongside the place and date of disappearance in both Arabic and English. Sobay's project, as poetic as it is political, shows how every once in a while art has the ability to change the world. 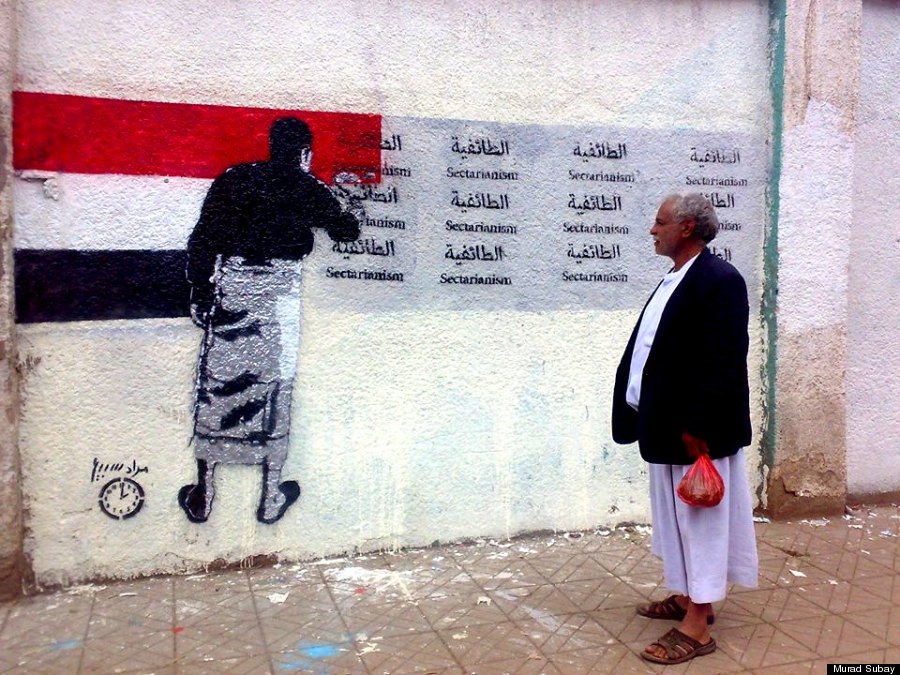 Sobay first announced his inspired call-to-action on his Facebook page. Visit yourself to stay updated with possible ways to get involved. 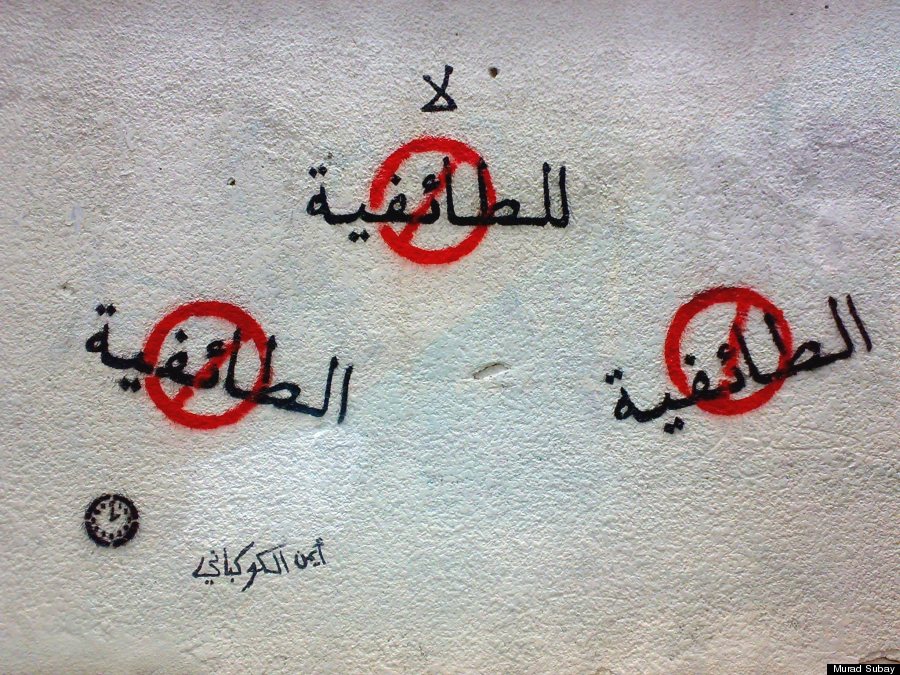 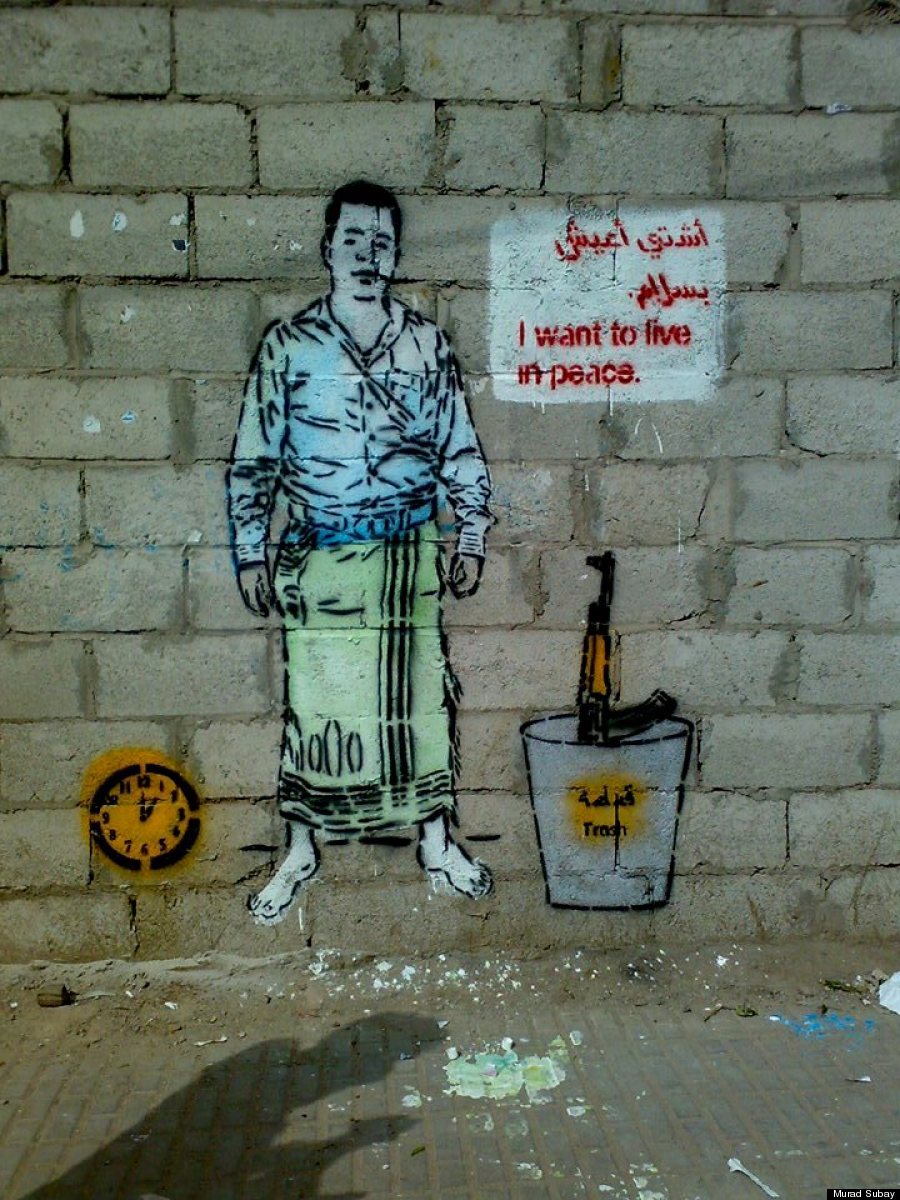