Yemen has been in the news this week after Al Qaeda attacked a military base in the southern part of the country. Both the Al Qaeda and ISIS terrorist groups are operating in Yemen, which has been in chaos from a civil war since last year.

But what has not made the news is the biggest threat of all to Yemen: famine.

The United Nations World Food Programme (WFP) warns "At least 7 million people - a quarter of the population - are living under Emergency levels of food insecurity." That is near famine level. 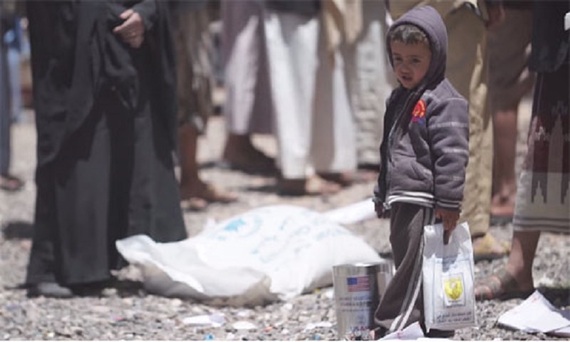 The UN World Food Programme warns "Global Acute Malnutrition (GAM) is at an alarming stage in most of the country's governorates, reaching levels of 25.1 percent in Taiz Lowland and 21.7 in Al Hodeidah." Only international food aid can save war victims from starvation. (photo credit WFP/Asmaa Waguih)

It's a crisis that has deepened since the civil war broke out. There has been a 15 percent increase in hunger during the past year. People displaced by the war have lost their livelihoods. Agriculture has been badly damaged.

It's not just the conflict that is causing the food shortages. Natural disasters including cyclones and locust invasions have harmed food production.

The WFP further warns that another 7.1 million people are ready to fall into the emergency level of hunger if the situation does not improve. In all, 19 of the 22 governorates of Yemen are experiencing severe hunger.

Malnutrition rates are at an "alarming stage" in most of those governorates according to the UN findings. This means children are at risk of lasting physical and mental damage caused by malnutrition at such an early age. The WFP Yemen director, Purnima Kashyap, says, "With the fluidity of the situation and until a political solution is in place, we will continue to see an increase in the number of people struggling to feed themselves and their families and further deterioration in food security across Yemen. We appeal to all parties to ensure unrestricted access for the delivery of humanitarian assistance to affected people." 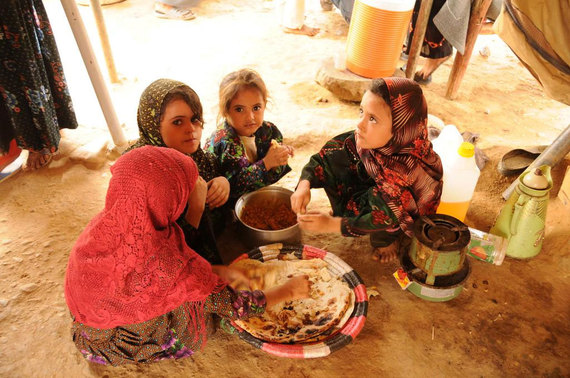 Jamie McGoldrick of the UN Yemen explains, "From January to 30 April 2016, about 3.6 million people received emergency food assistance, but the overall response is significantly underfunded. I urgently appeal to donors to increase humanitarian funding so that more food assistance can be delivered to millions of other people in urgent need."

There cannot be peace in Yemen if the population continues to live on the brink of famine, not knowing where their next meal is coming from.

Malnourished children will not be able to grow and attend school. They will be searching desperately for any kind of food each day just to survive.

The U.S. Congress will need to increase the Food for Peace funding to keep pace with the escalating hunger from multiple wars and disasters, including Yemen.

Yemen needs a peace treaty to end the violence and begin reconstruction. Food aid will be needed for a long time to come. The international community must rally to help Yemen get food and peace.