As I sit here, on a flight to a blogging conference, I can't help but think about some of the comments that people make whenever I leave my household for a few days. Generally speaking, whenever I go on a trip away from my family, someone inevitably asks me, "Well, who's keeping the kids?" -- and my answer is always "Their Daddy, of course!" Sometimes I get shocked looks... Or worried looks of concern. Even if they don't actually say what they're thinking (and sometimes they do), their faces say it all: "Do you think he can handle it?!"

The first few times I encountered these reactions, it didn't bother me too much. I understood why they were asking, because I would've had the same thought before having kids. Our society constantly reinforces the stereotype of inept dads... And it's really starting to irritate me. OF COURSE he can handle it. We've been raising these kids together, side by side, for the past eight years. We've braved the mysteries of parenthood together. We are a team. Yes, I am with them all day every day, but the sky doesn't fall in if I leave. Yes, my children and husband need me.... And I need them. But I am not the only gear in the clock of our home that makes things tick.

Why is it that people automatically think that men are unable to care for their kids while the mom is away for a few days? Or that it's any more difficult for a dad to care for his kids than it is for a mom to "fly solo" when the dad is away for a few days? When people we know see my husband taking our four kids to supper while I'm away, he gets lots of comments... Servers joke, "Guess Dad has to take the kids out to eat to feed them when Mom's away, huh?" -- or "WOW, you can actually take all four of your kids out to supper by yourself?! With no help?! You're SuperDad!" strangers walking past their table say as my kids are happily munching their food. Even though it's nice to get a pat on the back for doing what you're already doing, I know it irritates him (he's told me so) that people automatically assume a dad taking care of four kids is a disaster waiting to happen. People who know us will say, "You're taking care of ALL FOUR of them? And taking them out to eat?!" To which he has started saying, "Well, should I have just left a couple of them at home? Or in the car?" What else do they think he would do? Oh, that's right, dads aren't supposed to be taking care of their kids all alone. How could I forget?

Friends and family practically stumble over themselves to make things as easy as possible on the dad while Mom is away: "Do you need me to bring you guys supper?" "Do you want me to take a couple of them off of your hands for a few hours?" The offers go on and on. I can promise you that whenever my hubby goes out of town, no one calls to ask ME if I need them to bring me supper... Or if I can "handle it"... Although an extra pair of hands would be nice at times. I will say that I am blessed to have a husband who chooses to be a very "hands-on" daddy to our children, but I still reject the common attitude that it's amazing for a father to be able to handle his kids alone. It's an outdated, ridiculous assumption that needs to be kicked to the curb. I think it's insulting and leads many dads to believe that they can't or shouldn't even try to handle things solo. Could it be difficult to step into that role for the first time? Absolutely. But if a dad has been actively involved all along, it should just be a temporary ramping up of responsibilities.

Another comment that he hears a lot when he has more than one of our kids with him for any length of time (even if I'm not out of town) is, "Aw, so Dad is babysitting today, huh?" No. He is not BABYSITTING. He is PARENTING, and he will quickly tell them so. Babysitting is temporary.... Parenting is forever. And neither one of us is getting paid to watch them, except with hugs and kisses... Which are fine with me, AND him.

Where does this attitude that men don't know what they're doing with their kids come from? Or the idea that handling their children shouldn't be part of dads' normal routines? I know of so many dads who are as actively involved with their children as my husband is with ours. Yes, sometimes I think dads can "play dumb" and act like they don't know what they're doing, in hopes of getting out of a particular parenting task, but truthfully, I'm guilty of the same damn thing. We all are. And acting like all dads are clueless just adds to the pressure on the already overloaded moms to do even more.

Parenting is a 50/50 lifestyle, and I wish more people would take note of it. The influence of dads is just as important as a mom's influence; each parent has a different perspective and set of skills to offer their kids. Children learn how to treat their future spouses and how to be parents by imitating their parents. So moms, take note: if you want your daughters-in-law to love you to death, encourage your husband to be really involved with your kids so your sons will have a good example to follow... And your daughters will have high standards when learning to parent with their husbands. It's OK to let dads do things differently than you're doing them... As long as the end goal is met, who cares if Dad changes a diaper the exact same way you do? It took me a while to reach this mindset, but I'm so glad that I have -- and our family is stronger because of it. 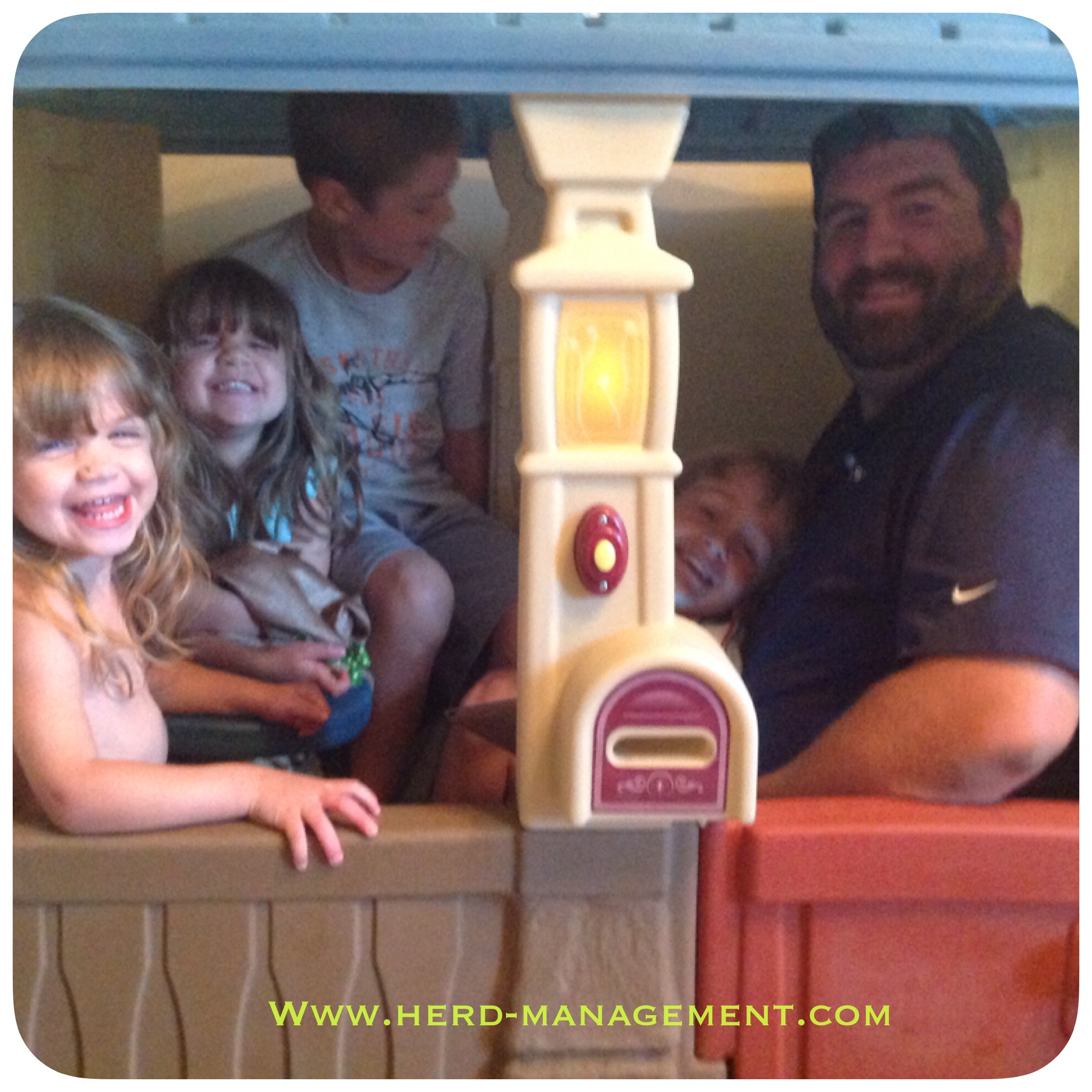 This essay was previously published on Jessica's blog, Herd Management, "where the Scotch is always neat and the house is always a mess."

More:
co-parentingfather's daypartnershipsParenting parents-dads
Newsletter Sign Up
Raise the kind of person you'd like to know
Subscribe to our parenting newsletter.
Successfully Subscribed!
Realness delivered to your inbox