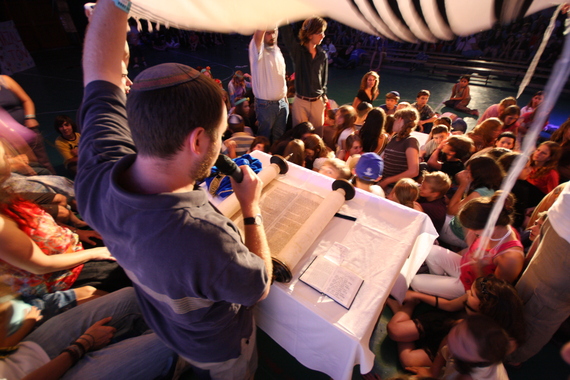 In the six months since the Charlie Hebdo and Hyper Cacher attacks, Europe's landscape has not improved: terror in Lyon, the Greek default crisis, and worrying actions against refugees and migrants.

Such strain on the continent's socioeconomic system, indeed its very ideals, has put increasing pressure on the most vulnerable, especially minorities. And Europe's Jews have been first among those impacted.

Faced with rising anti-Semitism, terrorism, and unclear financial prospects, many have gone so far as to predict the mass exodus of millions of European Jews or urged them to flee.

But that is not happening.

The vast majority of Jews are staying put and looking to maintain their position in European society, continue gains made in strengthening Jewish life, and overcome the odds. And those odds raise pervasive concern -- but not just regarding physical safety for Jews.

Many worry about the impact of Europe's already unstable economy on poor and middle class Jews, especially ironic given anti-Semitic tropes on prolific Jewish wealth. But together with their neighbors, they suffer under double-digit jobless rates across the Eurozone and are included among growing numbers at risk of poverty or social exclusion in many western European countries, including Spain, at 29.2 percent, and Greece, at 36 percent, according to Eurostat.

Add to this austerity measures -- increases to income tax for low wage earners, the VAT, and healthcare fees in countries like Hungary, Italy, and Portugal -- and many needy Jews may face eroded social benefits. For example, Jewish Care, a UK based social service provider, noted a 17 percent increase in their caseload from 2012 to 2013.

Then there're threats to Europe's social fabric: Growing populism, nationalism, and xenophobia furthered by groups like Jobbik, Golden Dawn, National Front, and UKIP. Lack of advancement and integration opportunities for youth-at-risk -- especially young Muslims -- combined with the highest youth unemployment rate since before WWII leads to disaffection, extremism, and the embrace of Islamist groups like ISIS.

Yet Jews, despite historic persecution and genocide, seek out partnerships with civil society groups, including moderate Muslims, to fight for human rights, tolerance, and equality. They realize they are victims of hate, but not the only ones. Recent cooperation by European Jews and Muslims to fight bans on ritual slaughter and circumcision are noteworthy, as are protests by Danish Muslims against anti-Semitic attacks in Copenhagen. Jews have also taken on hate themselves, recently protesting neo-Nazis in London or exposing those in power who whitewash Holocaust-era complicity.

Moreover, anti-Semitism is no longer state-sponsored and Jews are well integrated into Europe's vast cultural, business, and political life. Imagine recalling a moment when highly placed government representatives of European nations decried hatred and acts of violence against Jews in the media, parliamentary bodies, and on the streets?

Which leads us to the undeniable fact that Jewish life is thriving in Europe, even where Jewish fears are palpable.

In France, the building of a new $11 million, 45,000 square foot Jewish cultural center in Paris - home to the majority of France's 600,000 Jews - points to this phenomenon as does the more than 160 Jewish schools serving 30,000 children throughout the country. A 35 percent increase in participation at Budapest's main Jewish Community Center, attended by growing numbers of Central Europe's largest Jewish population, stands in the face of the headlines. And in the Hungarian countryside, the JDC-Lauder International Jewish Summer Camp at Szarvas expanded to a fourth session this year to accommodate 2,000-plus campers and counselors, the majority from Europe.

New Jewish nursery schools have opened in Bulgaria, Croatia, Estonia, and Romania where collectively hundreds of Jewish children will attend pre-schools in 2016 in places where Jewish life was almost entirely erased by the Nazis and Communists. In Poland, one finds many of the country's 25,000 Jews participating in two major Jewish centers in Warsaw and Krakow, synagogues, educational seminars, Jewish street festivals, and classes for those with newly-discovered Jewish roots.

"The story of the Jews in Europe isn't yet ready to be relegated to museums," reflects Diana Pinto, the Italian-Jewish historian who rebukes those who portend the end of Jewish life in Europe.

So how do we uphold this remarkable Jewish resurgence and build resilience in the face of many challenges?

To make that happen, we must pool our resources, expertise, and create pan-European platforms to collectively build the future. True, implementation will depend on each local Jewish context. But ultimately, we must bolster our ability to adapt to changes in the environment, respond to crises, and continue communal activities, including maintaining the huge gains made in rebuilding and carrying forward a legacy of European Jewish creativity.

Daniel Emmanuel, a 62-year-old Greek insurance broker and son of Holocaust survivors who I met in Spain, epitomized this boldly optimistic attitude. In the face of unprecedented economic demise, he set up a special committee in the Greek capital to aid dozens of his fellow Jews find employment and survive the storm.

And Emmanuel himself has no plans to leave, even as things get worse all around him. "We're fighters," he said, reflecting on his community and the Jews of Europe overall.

Indeed, we are. And the fight is not over yet.

I am a Jewish community member and summer camp enthusiast from the Baltics.