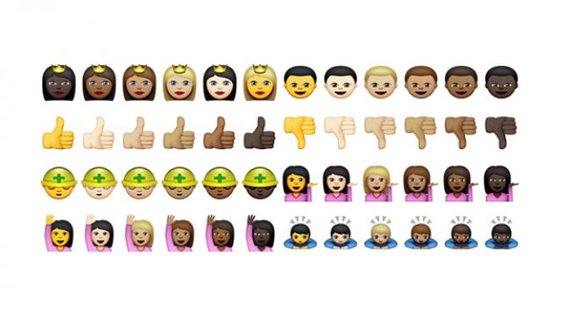 Long before "White Privilege" was a Macklemore song, it was (and continues to be) a social reality with tendrils extending into virtually all facets of our society. Some of its manifestations are a matter of life and death; others are subtle annoyances known as "microaggressions" which can build up and contribute to a general sense of not feeling safe or comfortable in a world that was never designed with us in mind.

As good as it might feel for those with white privilege to pretend we live in a "post-racial" society, one has only to give most dating sites the most cursory of glances to shut down this notion altogether. The biases and snap judgments that permeate our society are amplified through technology, and the swipe-to-reject models of popular dating sites can be utterly frustrating for people of color, because judgments based on photos are highly susceptible to the stereotypes and implicit biases that come into play when viewing photos of strangers.

("But not me!" you might be saying... However, have you ever taken an Implicit Association Test for racial bias? You can take one here. You might find the results surprising.)

One response to the micro-aggressions experienced on swipe-to-reject dating apps is the proliferation of racially-specific apps like BlackPeopleMeet, AsianPeopleMeet, LatinoPeopleMeet, NativeAmericanDating (and just to keep things driven-snow-pure, WhereWhitePeopleMeet). While these sites can seem to offer safe spaces for people looking to exclusively date people with shared cultural identities, the need for separate, race-siloed spaces to feel safe strikes me as outdated. A hundred and twenty years outdated to be precise, à la Plessy v. Ferguson's "separate but equal."

And yet, can you really blame marginalized people for seeking out safety and comfort? In 2009, OkCupid released a "Race Report." According to their heteronormative data, women using their site "penalized" (their word) Asian and black men. Male non-black users "applied a penalty to black women." A follow-up study in 2014 indicated that users had become no more-open minded than they used to be; if anything the racial bias had intensified.

So... what are we really talking about when we talk about racial bias in online dating? We're talking about the conflation of race with tired tropes about masculinity, femininity, class, and real people reduced to exotic caricatures. We're talking about negative, dehumanizing stereotypes that work subconsciously to structure our assumptions about people we've never met, coupled with the misguided rationalization, "Well, people just can't help liking what they like!" that encourages and excuses our implicit and explicit biases. We're talking about perceptual junk that gets in the way of seeing another person as an individual worthy of the same respect we would hope others would give us.

Here are some common ways that racial bias in online dating is experienced by people of color. In each case, the stereotypes being perceived are never about the individual, but a projected expectation based on media portrayals and other falsehoods.

From Puccini's Madama Butterfly to Miley's cornrows, pop culture's worship of the exotic is as ubiquitous as it is downright creepy. As an Asian woman, I can spot the Asian hunters miles away. "Ooh.....Asian women are so mysterious." (Not me! I like clear, direct communication.) "I like pretty Chinese women." (Sorry, buddy...I'm not Chinese, either.) The comedian Jenny Yang has a brilliant sketch about "Yellow Fever" that lets me know I'm not alone. Even as a barely adolescent kid, my creep sensor knew something was really off about comments like these.

With any racial fetishization, you're definitely not seeing the person. You're projecting an annoying, very limited media portrayal onto an individual who is 99.999999% likely to be nothing at all like that fantasy, and you're completely missing out on whomever that person really is.

You're Black. Aren't you supposed to know how to dance? You're Asian, will you do my physics homework? You're Native American -- how 'bout that peyote!?

Every time someone says "Aren't you supposed to...?" a fairy of color dies. There are few things unsexier than being told that you must not a valid ethnic person because you don't know how to do the thing that white people saw someone do in that one TV show. And then when you respond with a flattened, "Nope," often the well-intended responses are: "Why are you so sensitive? These are compliments to your race!" (This is gaslighting, by the way. Microaggressions are real, and it's no one's job to pretend you're not a clueless boob when you persist in acting like one.)

I wish this wasn't even a thing to have to talk about, but race devaluation is the ugly, ugly flipside of race fetishization. Photo-based dating apps, paired with implicit bias, have the unfortunate consequence of really reinforcing toxic and pervasive stereotypes that undermine individual dignity. When you perceive someone as "less masculine," "hyper-masculine," "uneducated," or god-fucking-forbid "probably hostile toward the USA, Jesus, and Freedom™" based on whatever race they happened to be born, it doesn't matter what that person does or is; you've already put them into a category full of awful assumptions and they can never win. The best they can hope for is to become "the exception" to your racist rule. This mindset is reptilian. It fundamentally lacks empathy, it debases people, and it's astoundingly wrong. Take it to the Trump rally, or maybe one of those whites-only dating sites. Your libido is no good here.

So How Can We Do Better?

Well, for starters, we can stop rationalizing our racism as a legitimate preference and realize that if we take the time to look for it, we may find something worthwhile, fascinating and beautiful about virtually every human being on the planet.

In all the depressing news from OKCupid, there is a silver lining in the form of a curious trend: the percentage of people who say that they would strongly prefer to date someone of their own race has dropped significantly since 2009, and is still on the decline.

I find this discrepancy between belief and action fascinating, because it poses a challenge. People are more and more willing to put aside our differences and meet each other as individuals, which creates an opportunity for technology to provide us with ways of opening up to people we might not have considered dating before. As well, this study revealed that online dating users who receive--and reply to--a cross-race message initiate more new interracial exchanges in the short-term future than they would have otherwise. So it's time to reach out.

SIREN is designed to prioritize conversation and personality over the ability to take a hot photo. Encountering someone's words, attitudes and opinions about the world before making decisions about them based on appearance is one way to sidestep the stereotypes we've been conditioned to see when we look at each other, and judging from the growth of our community over the past few months, it's a model that's working.

Chemistry isn't about tired tropes; it's about an inexplicable one-to-one connection with another human being. Making meaningful connections starts with seeing people as individuals, not "exceptions" to outdated stereotypes.

At SIREN, there are no exceptions, just exceptional human beings.