As many of you are more than likely aware by now, Facebook, for reasons unknown to anyone, has decided to start enforcing a policy requiring that users use only their legal name on their personal profiles. This decision has affected many entertainers across the country and seems to be targeting drag queens.

The reasons a drag queen might use a separate profile for her drag persona can vary greatly. For some it's because people close to them -- parents, brothers, sisters, etc. -- don't know they do drag. They may fear being kicked out of their home or shunned by family. Or maybe they could be fired from their job if it were learned that they perform in drag.

There are also some drag queens who use a separate profile for their drag persona because it allows them to really immerse themselves in that character. For many queens their drag persona is nothing like their real personality, and that separation is needed. Others just like keeping the two separate because it allows them a chance to escape from the art form from time to time. Doesn't everyone deserve a little time out of the spotlight, so to speak?

So for Facebook to come along and tell these entertainers that their name is not real is offensive.

The Von Bs were a victim of this new policy over the weekend. Both Vivian's profile and mine were suspended until we can prove that that is who we are. To me the whole issue is ridiculous. Vivian and I have spent the last five years making the Von Brokenhymen name not just a name but a brand that represents an image in the drag community, and I like to feel that we have achieved that. So for Facebook to now say that that name is not real is wrong and a huge insult. That name has raised tens of thousands of dollars for different charities over the last five years and brought attention to a whole host of different issues. Please explain to me how that is not real, because the money raised certainly was.

Tell me this isn't real: 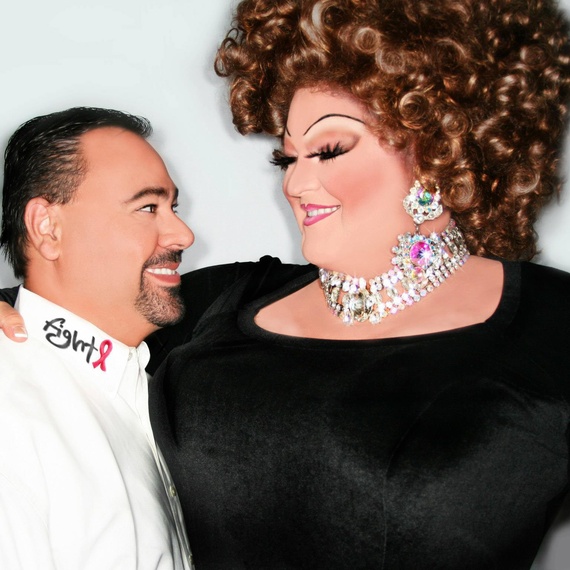 If you want to stay current with the Von Bs, "like" our new Facebook page, The Von Bs or visit The Diary of a Drag Queen Husband.