Today I had an experience that made me very emotional. It would not seem like a big deal to most, but it was to me. For (what seems like) the 100th time, I left a family party because one or more of the children at the party were sick. I'm not sure if the other adults were actually annoyed with me or if I just felt like they were. This is a very sensitive matter in our family -- as we have four children and when we leave a party, the party slows down a bit. I always end up feeling guilty after receiving what I believe are sneers and others rolling their eyes at me. This might not have happened this time, but it has in the past and it makes me question my judgment as a parent of a preemie and it makes me wonder if I am a germaphobe.

To give you sense of where I can coming from, I will tell you that my daughter was born a micro preemie at 23 weeks and weighed just 1 pound and 4 ounces (575 grams). She spent 121 days in the NICU and endured countless intravenous lines, blood draws, feeding tubes, x-rays, intubations and extubations, blood infections, lung collapses etc... and I was not allowed to hold her until she was over a month old. We were not sure if she would survive and the doctors reminded us of this often. She is now 2.5 years old and is left with chronic lung disease because the breathing tube forced her lungs to expand and contract for many months -- causing them to grow as scar tissue. This makes respiratory viruses very dangerous for her and frightening for us because she does not have the ability to get rid of mucus well. 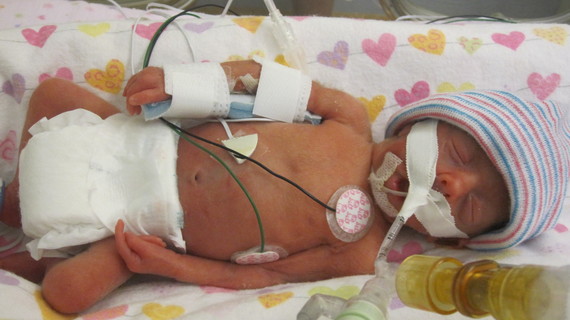 When I talk to other parents in the preemie community, I feel better. They understand what it's like to almost lose your child every day for months and then to have it all happen again each time your child gets sick. Other preemie parents are outspoken about avoiding viruses and staying away from crowds to minimize the risk of contracting RSV (Respiratory syncytial virus) or the flu. My daughter has been hospitalized (for weeks at a time) due to the effects of respiratory viruses, and we have had a few close calls. I cannot explain the feeling to anyone, nor do I care to because I don't wish this fear on anyone, let alone my loved ones. 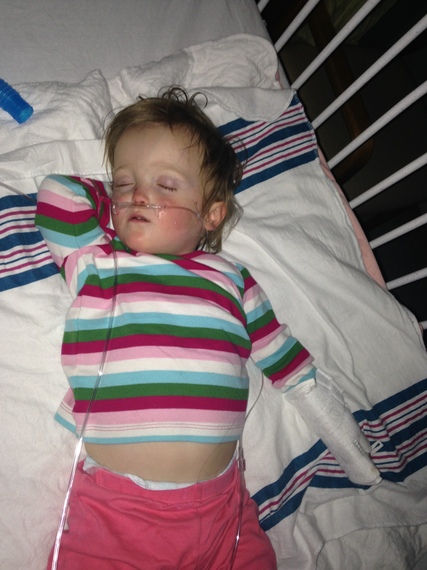 (My daughter during a one week hospital stay with pneumonia caused by the flu. Yes, she got her flu shot before this!) 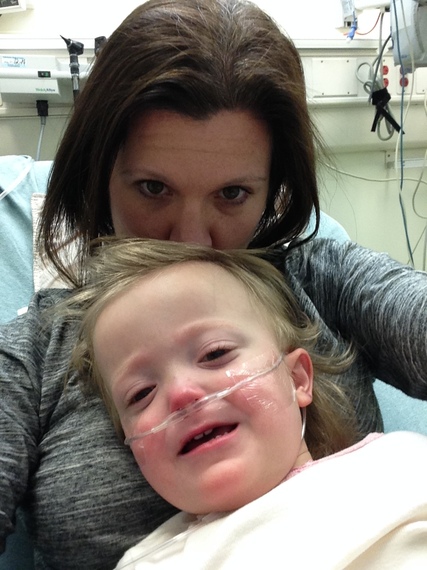 (Pneumonia again: due to RSV's cousin, the Human metapneumovirus and the Rhinovirus.)

So, what am I to do? My daughter's doctors advise us to keep her out of crowded places from late fall through spring and to keep her away from anyone who exhibits any symptoms of being sick. This may sound like a no-brainer, but it's not easy when you have three other school age children who want to participate in activities and many family members who expect to see you at holiday parties and birthday celebrations. We all have to opt out of many fun times.

I have been struggling with this for two years. It has caused me serious anxiety and has even convinced me that I have some sort of germaphobia. People have even come out and said that I am a germaphobe. Some members of my own family have argued with me about washing their hands when they come to our home and have given us an attitude when I asked them not to touch my children if they are not feeling well.

Why wouldn't everyone want to protect my daughter from further health issues? Hasn't she been through enough?

After all, her lungs are compromised and she could get seriously ill and end up in the hospital again, or worse!

What I have come to realize (on my good days when I am not questioning my own mental state) is that most people are not wishing my daughter to get sick or not caring about her health. They are just not educated enough about what can happen to her because they have not experienced anything like it in their lives. This is a good thing. It is good that most people will never have to fear a respiratory virus will take away their child or anyone else they love. That would make them crazy!

I never worried about a virus taking away my other three children. Before my daughter was born, my three boys had almost every common virus known to man and it didn't make me bat an eyelash. I never even got nervous unless their fever reached 105 degrees, but my daughter is different.

My job is to protect my children as best as I can and that is what I will continue to do.

Go ahead and talk about me behind my back when I skip a family party, if someone is sick. Go ahead and roll your eyes at me when I hand you the sanitizer before you touch my daughter. Go ahead and tease me when I decline an invitation to a party at a child entertainment center with climbing equipment, slides, bouncy houses etc... aka, a Petri dish for germs. Go ahead and laugh at me when I cover the shopping cart before putting my daughter in it. Go ahead and chuckle when I clean my hands after using the pen at the pharmacy -- that hundreds of sick people have used before me. Go ahead and get angry when I won't shake your hand in church or allow my children to give you a high-five.

Go ahead and call me a germaphobe!

I will try to embrace it and hope that I can laugh about it a few years from now, when my daughter is stronger. I will try to think to myself how I am glad you don't have to worry about a common cold virus taking away what you hold most precious.

And make sure you sanitize your hands before you touch my baby! 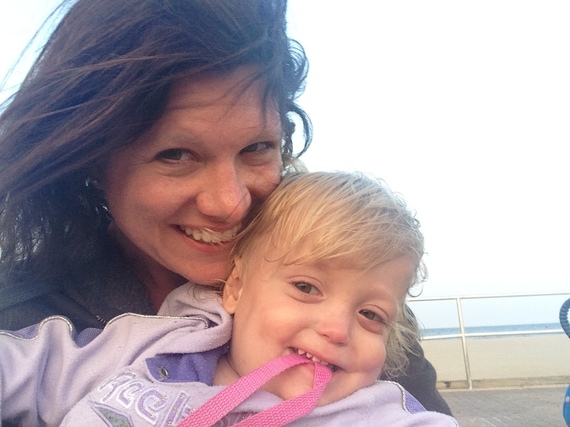 Author of "From Hope to Joy: A Memoir of a Mother’s Determination and Her Micro Preemie’s Struggle to Beat the Odds"