Ada Lovelace Day, which occurs on the second Tuesday of October every year, is an opportunity to celebrate women in the STEM (science, technology, engineering, and math) fields. Is there still such a need to talk about #womeninstem?

Let's start with a little background on the person of note: Augusta Ada Byron (we'll consider ourselves on a first name basis and refer to her as Ada) was born in 1815 in England, the daughter of the poet Lord Byron and his wife Anne Isabella Noel. Ada's mother apparently encouraged her studies of mathematics and science, which was quite unusual for the time period when women of stature were encouraged to be proficient in foreign languages, music or other artistic performances, and household management. This may have been to steer Ada away from activities that would have her take after her volatile father. When Ada married just before she turned twenty, she became Lady King, and would eventually become the Countess of Lovelace (hence the shortened but not-quite-correct name Ada Lovelace).

At about 17 years of age, Ada was introduced to the British mathematician and professor Charles Babbage who had been planning the Analytical Engine, a complex machine for general mathematical computation. Ada and Charles apparently struck up a good friendship and over the years of their relationship talked about how to solve mathematical problems. 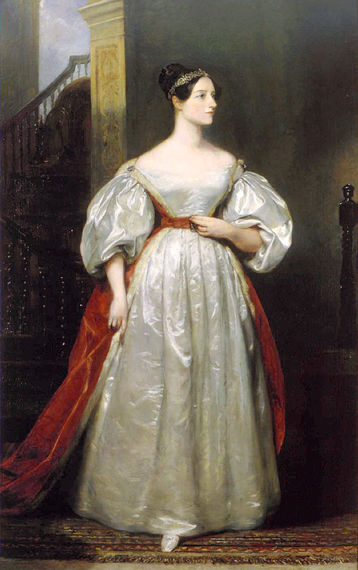 Eventually, Ada noted a series of operations that would be known as the first algorithm, which would ultimately help earn her the title of the first programmer. Ada also communicated the radical idea that such an engine could go beyond numbers, towards more elaborate creation in other areas. This meant moving us along an important path from just mathematical calculation to overall computation.

Whether Ada was the "prophet of the computer age," the "princess of parallelograms," or the "enchantress of numbers" as her various titles seemed to go, there might still beg the question. Why should we care about a seemingly small part of "herstory?"

If we look back at a number of attention-grabbing headlines on #womeninstem topics over the past year, there's a lot to talk about. There are positive things, such as the recent letter from a male engineering student who acknowledged the difficulties his female counterparts most likely endured, as well as Tu Youyou, the woman who won the 2015 physiology/medicine Nobel prize along with two colleagues for advances against malarial disease.

But overwhelmingly, the challenges facing women come to mind. From the most recent story of the groping (and potentially much worse) very famous astronomer Geoff Marcy, to the Nobel laureate Tim Hunt who earlier this year was heard to say that women in labs were a "distraction," there are still discouraging signs for women entering STEM fields. These examples represent an environment that exists where women in STEM are not an accepted part of the supposed establishment where such acts are allowed to occur.

So, yes, let's celebrate and talk about #womeninstem on this 7th annual Ada Lovelace Day. Below are twenty of our favorite #womeninstem, from historic figures to modern day badasses, in no particular order. The drawings were created by Kristin Divona, an artist based in Providence, Rhode Island (used with permission).

While we admire these women for all of the amazing things they accomplished, maybe Ada Lovelace Day can function as an annual reminder that we still need to be vigilant to make science and related fields more welcoming to all. 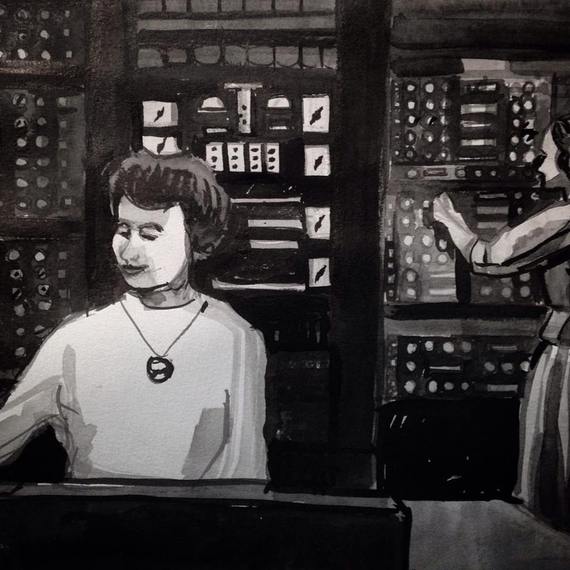 Grace Hopper: Rear Admiral (Navy) and computer scientist, an early leader in the computer programming and software development field. (b. 1906) 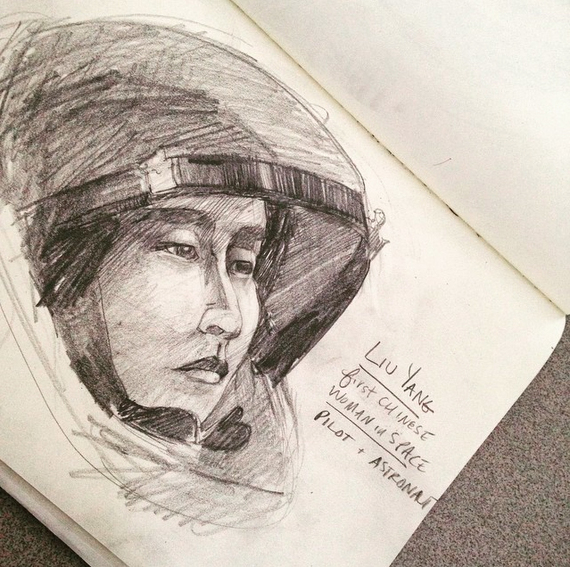 Liu Yang: astronaut & pilot and the first Chinese woman in space (b. 1978) 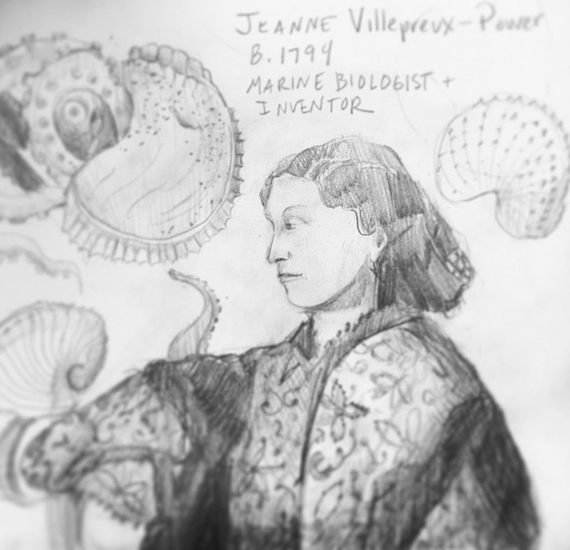 Jeanne Villepreux-Power: marine biologist who invented the aquarium (b. 1794) 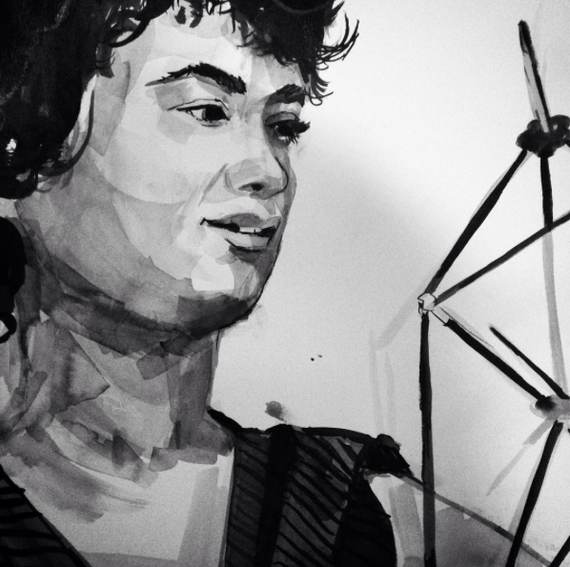 Joyce Jacobson Kaufman: chemist and physicist recognized for her work in quantum chemistry, pharmacology and computational chemistry (b. 1929) 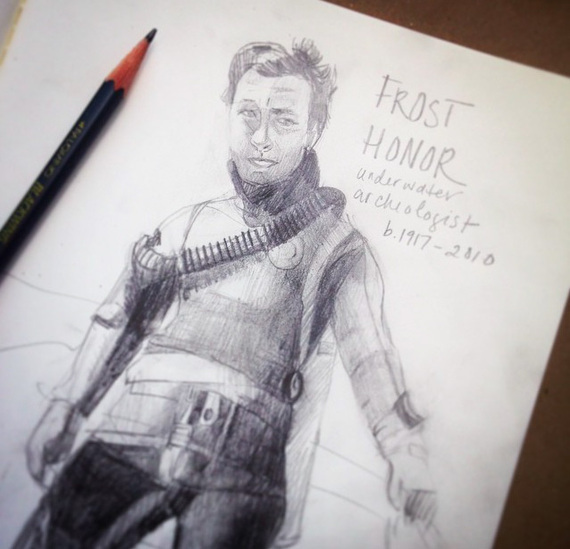 Honor Frost: underwater archaeologist who pioneered that field (b.1917) 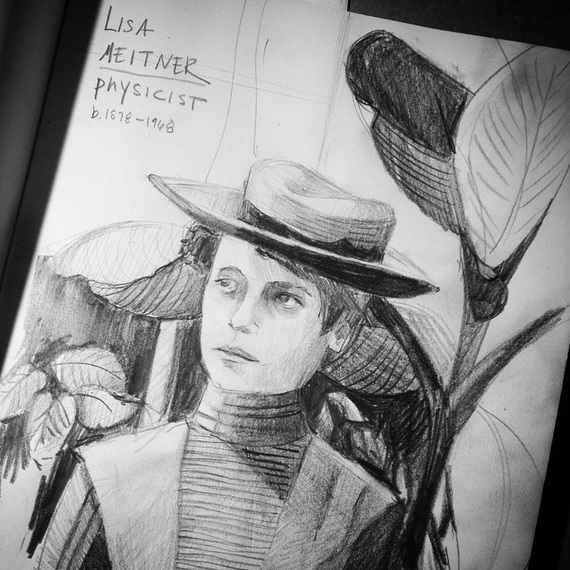 Lise Meitner: physicist who studied radiation and nuclear fission (b.1878) 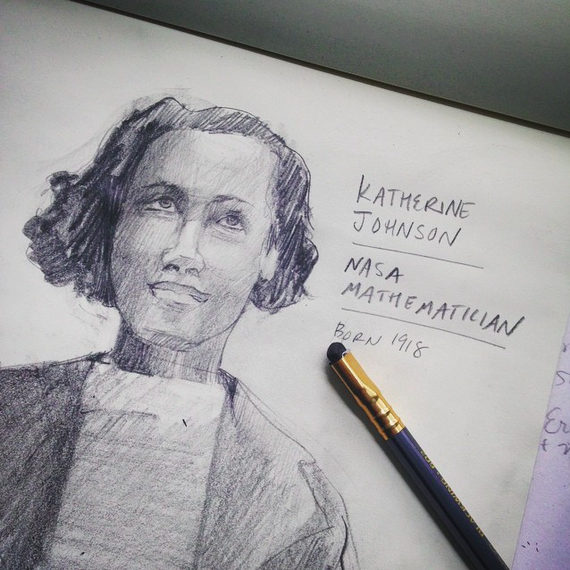 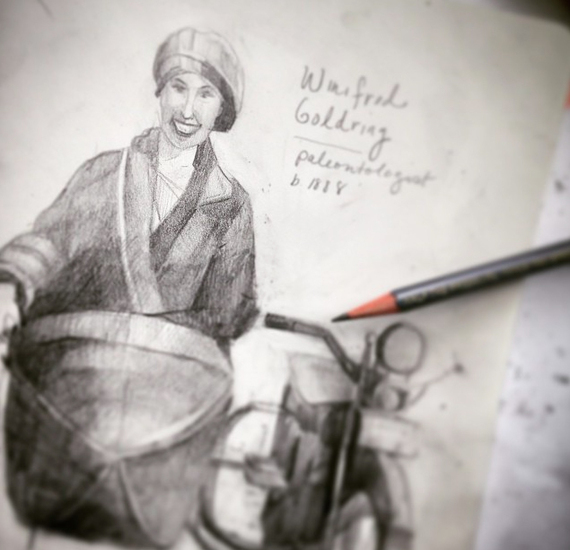 Winifred Goldring: paleontologist who was the first female named as State Paleontologist of New York (b.1808) 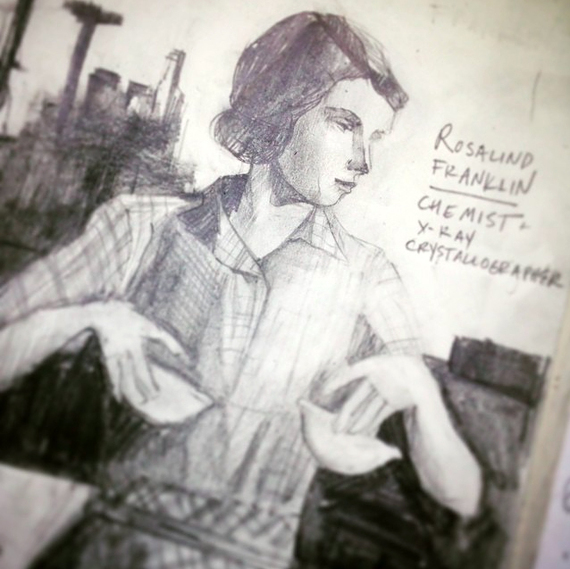 Rosalind Franklin: chemist and X-ray crystallographer who had a strong role in discovering DNA's structure (b. 1920) 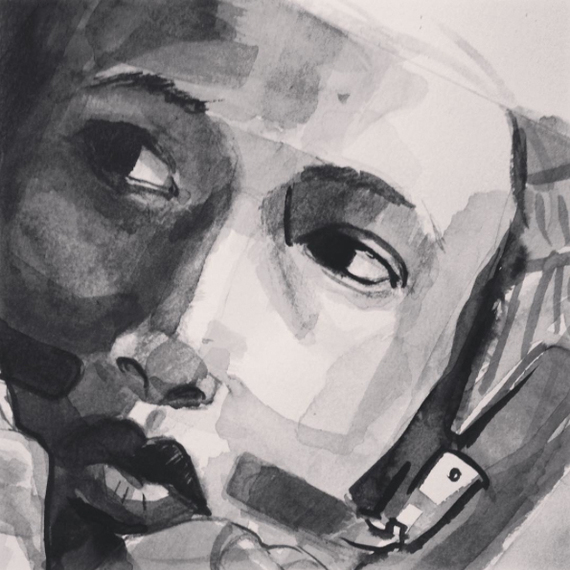 Mae C. Jemison: physician and astronaut and the first African-American woman in space (b. 1956) 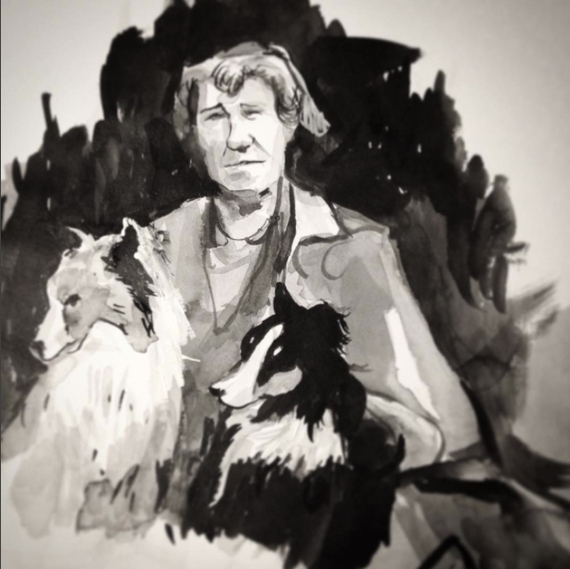 Dame Miriam Rothschild: zoologist and microbiologist who was a leading authority on parasites and their hosts (b. 1908) 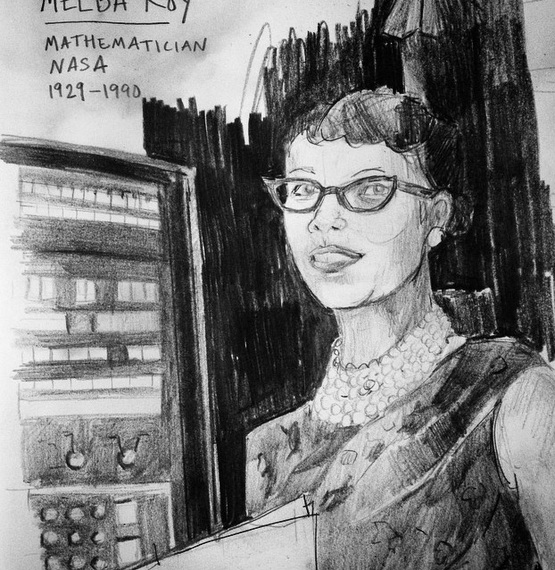 Melba Roy Mouton: mathematician and computer programmer in at NASA's Trajectory and Geodynamics Division (b. 1929) 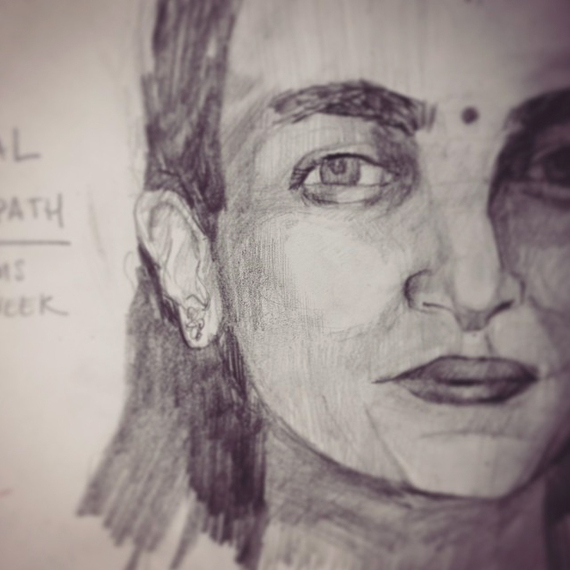 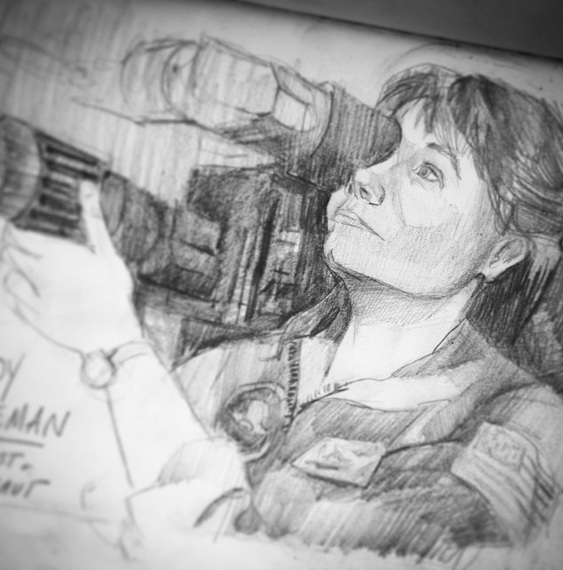 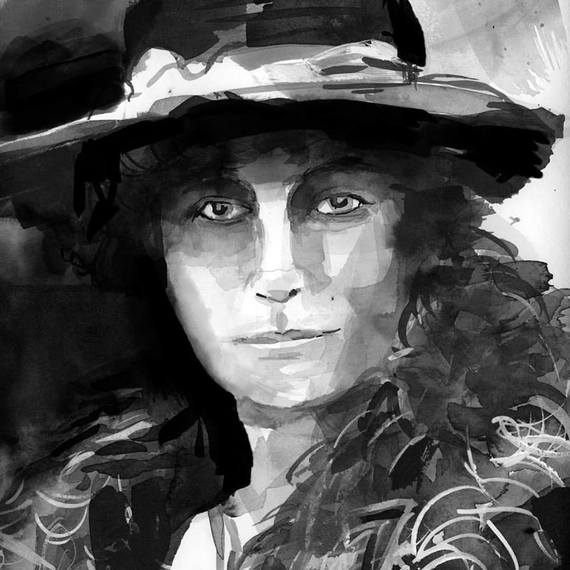 Katharine McCormick: biologist who played an important role in the American birth control movement (b. 1875) 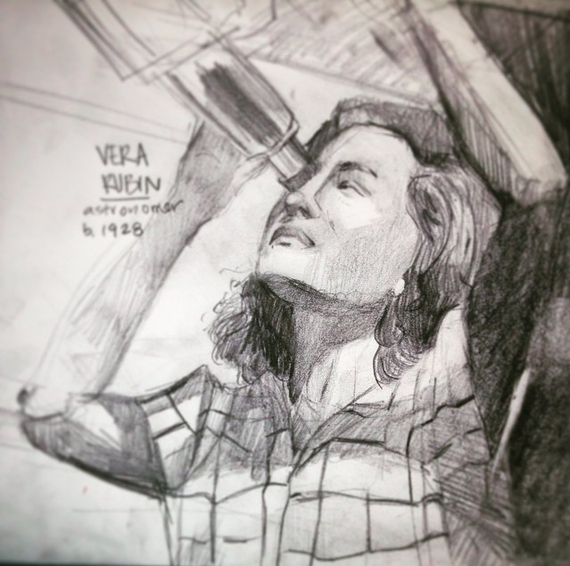 Vera Rubin: astronomer who made important contributions in the discovery of dark matter (b. 1928) 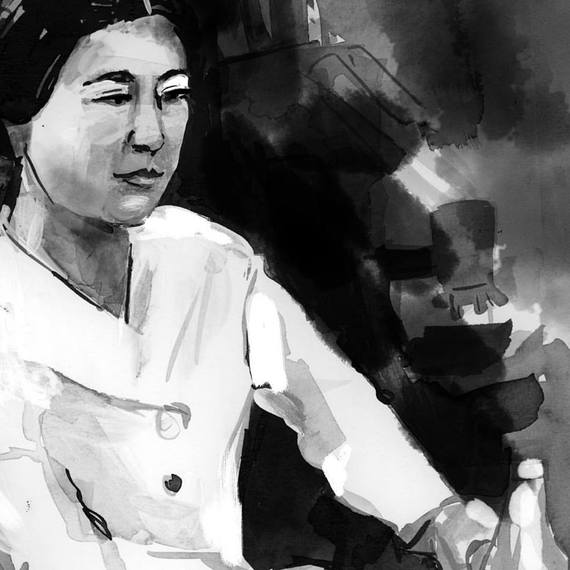 Ruby Hirose: biochemist and bacteriologist who developed vaccines and researched pollens and allergens. (b. 1904) 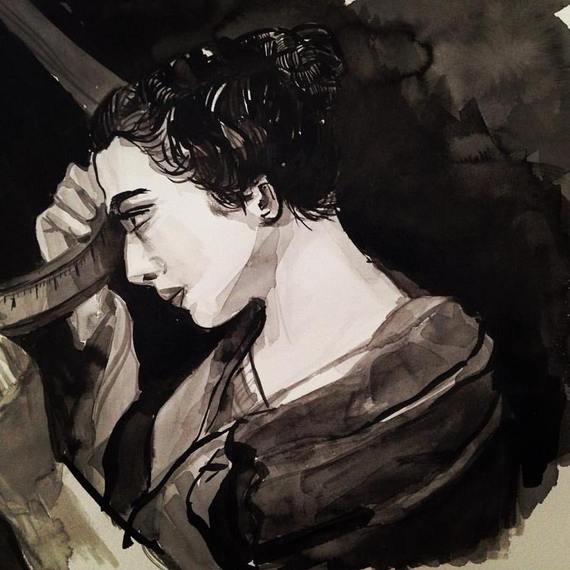 Hypatia: astronomer, mathematician and philosopher in ancient Greece and Egypt (b. 350) 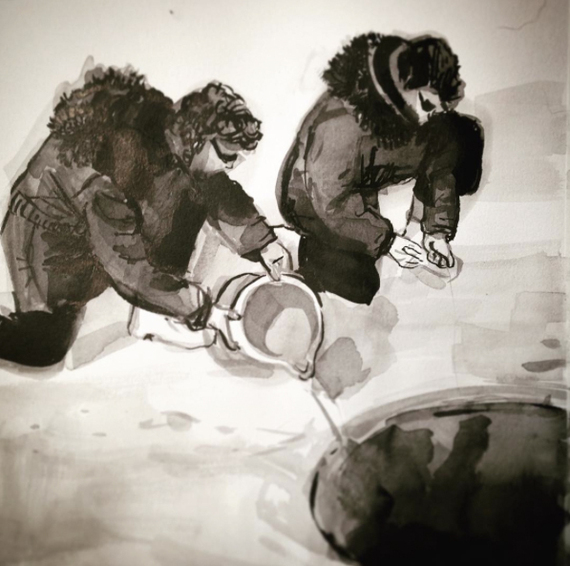 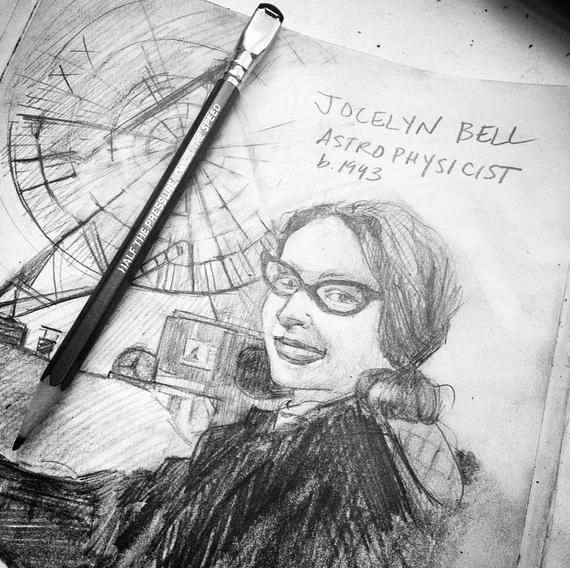 Kimberly Arcand and Megan Watzke are co-authors of "Your Ticket to the Universe: A Guide to Exploring the Cosmos" by Smithsonian Books and the upcoming book "Light: The Visible Spectrum and Beyond" by Black Dog & Leventhal. They also published a chapter in the newly released e-book to celebrate Ada Lovelace Day, "More Passion for Science: Journeys Into the Unknown."