Lisa Jackson, head of the EPA, should have a giant letter P on her chest because she is the most powerful and determined administrator to date fighting to Protect us all from pollution in our environment. Although Jackson is an environmental Super Hero, she needs backup from some Super Friends to defeat her new Nemisis, the 112th House of Congress. 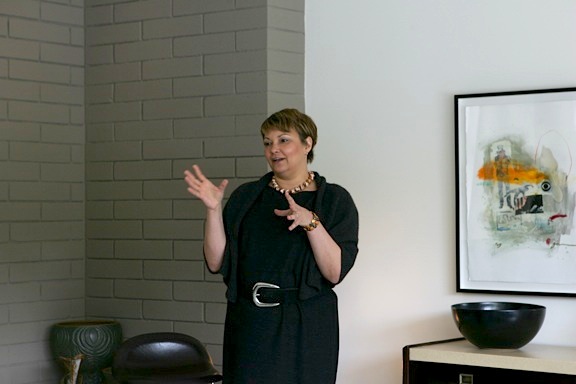 Jackson has accomplished amazing things in her first two years, including revoking the permit for a giant mountaintop removal permit to access coal in Virginia that would have sailed through under W. who gutted the EPA, changed rules for mountaintop removal, and refused to enforce environmental laws on the books. Yes, Virginia, thanks to Jackson, there is once again a P in EPA.

But Jackson is not stopping at mountain top removals because coal is causing a lot of other problems for our environment and health. Burning coal releases mercury and other toxins and these toxins are poisoning us through the air we breathe and the food we eat. Whoever thought you could OD on too many tuna sandwiches in a week? Now thanks to dirty old coal poisoning our oceans with mercury, we need Environmental Working Group's Tuna Calculator to determine how much tuna is safe to eat in a week for our body weight.

Last week, Jackson's Environmental Protection Agency promulgated new national guidelines for mercury and air toxics released from power plants. "Today we're taking an important step forward in EPA's efforts to safeguard the health of millions of Americans," said Jackson said as she signed the new order. "Under the Clean Air Act these standards will require American power plants to put in place proven and widely available pollution technologies to control and cut harmful emissions like mercury, arsenic, chromium, nickel and acid gases," Jackson said. Jackson said the new standards would "prevent 91% of mercury in coal from being released in the air."

Jackson has also accomplished great feats in protecting us from auto emissions. Where W. blocked the State of California from implementing its cleaner car standards, Jackson brought the automotive industry together to meet California standards on a national basis, and now she is working with California again to craft standards for 2017 to 2025.

But every super hero has a nemesis, and Jackson has the 112th Congress under the leadership of John Boehner doing everything it can to stop progress toward fuel efficiency and clean energy. First on the Republican's chopping block was The Select Committee for Energy Independence and Global Warming, created by Nancy Pelosi in 2006. This committee held 80 hearings and briefings during its tenure on issues from the politicization of climate science to the BP oil spill.

The final report of the now defunct committee presents the challenge that now faces Jackson and Americans who care about protecting the planet from climate change and environmental degradation:

"Someday, our children and grandchildren will look back on the record of the Select Committee. That record will reflect a respectful and rigorous debate and an unprecedented understanding of the challenges before us. Whether or not they will see that this generation has taken the bold action required by these challenges remains to be seen."

At a meeting of women environmentalists on March 24th in Los Angeles organized by Environment California and Environment America, Jackson said that her fight has become increasingly difficult with the incoming Republican Congress intent on rolling back environmental protection laws, like the Clean Air Act Amendments, that having been working for decades to save lives and money. The Republican Congress is even determined to cover up the science behind the regulations that compels governmental action. Congress is set to vote on a bill that would declare false the scientific findings by government agencies including EPA that show carbon to be the key factor in climate change. For a full report on the legislative efforts of the 112th Congress to handicap EPA's power to regulate greenhouse gases see The Pew Center on Global Climate Change.

Even though Lisa Jackson is a super hero, and has the backing of the American president, the ultimate sidekick, she needs the support of each and every American who cares more about the health and safety of people than the profits of polluting corporations. Each of us needs to be more vigilant than ever about what is happening in our House of Representatives. Each of us needs to don our own capital P and join forces with Lisa Jackson to be the super generation that Protects our planet.