There are many ways, astrologically speaking, to parse the recent U.S. election upset. Most astrologers predicted a Clinton win but it seems voters were not paying particular attention to these predictions. And, there in a nut shell is an explanation for what happened. One group going one way; another in a very different direction. Astrologers were right in that Clinton won the popular vote but as we know the electoral college system means the popular vote does not always determine who will be President. So it is.

Early on in the campaign the only thing that was clear to me was that the star patterns showed illusion and haziness and that people were not altogether clear about what they were doing. Neptune is our main influence here. Neptune, god of the seas, dreams, fog, yearnings for a spiritual cocoon and also the symbol of a boundless need for protection. Neptunian feelings led the election to slip into the uncharted waters we now face.

The desire for change is also the fuel that drove this brutal campaign; that desire is positive because America surely needs a big change. In this post I would like to offer some different ideas that might give us a broader perspective.

If you have been following my Tree of Keys series, Pisces, the Neptune ruled Astro Hero, is WONDER DREAMER. She is most comfortable in the water, has a lighted trident weapon that offers a beacon for friends. Her secret weapon is casting dream spells that so confuse an enemy that he or she walks into Wonder Dreamer's net and cannot get out. But when she is not fighting she weaves these dream spells towards a different future, compassionate and humane, that speaks to the yearning for a better world in all of us. Too idealistic? Well, the other Astro Heroes have different talents to balance her perhaps naiveté but they look to WD to dream the way forward. 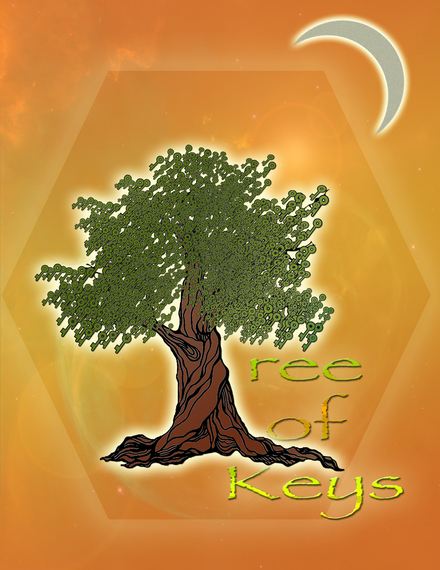 Back on the earth plane, and clearing away the truly awful words and actions throughout the campaign, I concluded that perhaps Trump needed more soul challenges than Hillary. Certainly, she has her own soul problems to work on but albeit imperfectly, she has shouldered the responsibilities of power and learned some lessons. Trump has never handled the demands of mature power and obviously the stars, fates, winds of change have allowed him to encounter the expanse and limit of power and cooperation. We shall see how he accepts this challenge.

I notice that many people are examining their own lives and vowing to be kinder, more compassionate, and loving. Others are committed to fighting and marking their protest financially. I believe neither barricades in the streets, nor love-ins and rallies will be effective ways to handle the changes that are coming. Our collective lesson is simply the consciousness that we are humanity and how we treat the least powerful dictates the success of the most powerful.

My advice is SHIELDS UP. Do not extend yourself beyond your own energetic borders. Avoid franticness. Unplug from media and devices frequently and concentrate on everything that makes you laugh.