I did it in my living room, I did it in the dark, I did it in international airports, I did it through exhaustion, and I even did it in the emergency room after I sprained my ankle. I did it while breastfeeding, baby wearing, and during the silence of nap time. I did yoga every.single.day.

Why is this so important?

Here's the long and short of it: I woke up one morning at the ripe old age of 29 and I realized that I felt much older than I actually was. I knew that if I didn't change my sedentary ways I was going to lose not just my health, but the possibilities of what my life could be.

On the cusp of turning 30, having just moved to a land far far away with zero friends, zero family, no job prospects, and going from a full time office job to stay-at-home mommy; my life no longer felt like it was mine.

I needed to take back some control. I needed to figure out who I was going to be in this new life, and I desperately needed to get healthy. My daughter wasn't walking yet, but I knew she would be soon and if I didn't change something there was no way I would ever be able to keep up with her.

After a chance visit with my former yoga teacher from many years prior, I knew what I needed to do. Yoga. I needed yoga back in my life.

So, I made the commitment to 30 days. I could do this, I could do yoga every day for 30 days and hopefully ease my way into a healthier lifestyle.

For 10 days, I woke up early every morning to do yoga while my daughter slept. I figured that getting up first thing in the morning and getting it out of the way was the best option for me. This was invigorating and very motivating for me. Yoga, shower, coffee and baby snuggles. It was my very own version of Eat, Pray, Love SAHM style.

As a person who likes a schedule, and who despises interruption of said schedule, it was particularly irritating to wake up on day 11 to have my aforementioned morning practice thrown off when my daughter decided she wanted to wake up early. Morning practice turned into nap time practice.

In retrospect I realized I learned two things. The first, I was very lucky to have gone 10 days without the baby waking up early, and second, I needed to learn to be flexible in more ways than one. Ironic, I know.

After that day, and a series of others I quickly learned that I would need to do my practice whenever and wherever if I was going to meet my goal. This was a freeing concept for me.

After my first 30 days, I was on a roll and I didn't want to stop so I upped the ante. Could I go 100 days? This goal would put me just passed my 30th birthday, and I was confident it would make a great birthday present to myself. 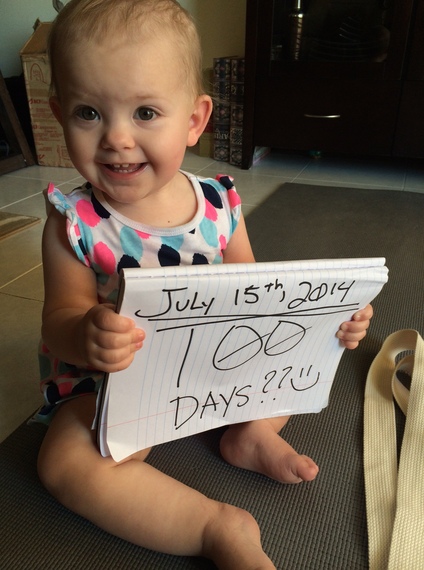 Like a flash, the time passed and as the 100th day approached I floated the idea around in my mind that maybe, just maybe, I could buckle down and commit to a year. I mean why not? Why couldn't I do this for myself? What was the harm of doing at least one healthy thing for myself every single day for a year? I had lost weight, I was feeling more confident and healthy. Life was getting better and I was finally moving on and making a new path for myself. I felt like this goal was an integral part to those changes and I figured why stop at 100? 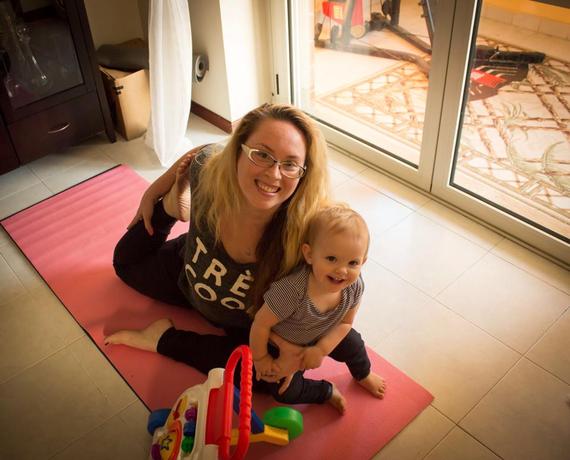 I'll be honest, the thought of committing to something for a year was a bit terrifying. In all of my other weight loss ventures, I had failed terribly. I would hop on the weight loss train only to jump off it at binge station, regaining any weight I had lost. But this felt different, it didn't feel like a temporary and fleeting bandwagon idea, but an entirely different adventure I was eager and willing to see it through.

It became easy, in the beginning I would always do yoga in my living room watching a video from YouTube, but after awhile I just started doing it from memory. After a longer while, I didn't even need to use my mat anymore. Anywhere I went, I found I could grip my feet on to any surface and settle in to a flow. I even became more daring in the poses that I would attempt. 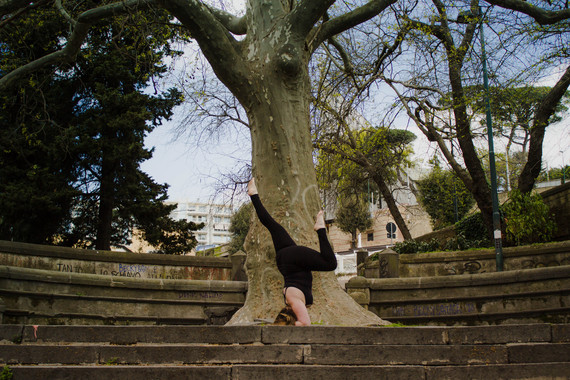 People would often ask me how long I would do it for, did I have a time goal too? Nope, no goal within a goal. My only goal was to do yoga every day, for any amount of time and any style. No pressure, I just did what I could when I could and was thankful for that. 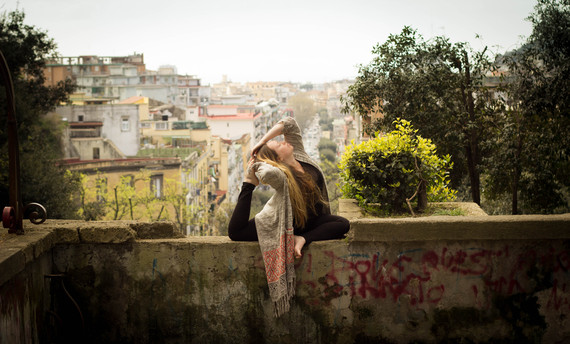 When I finally reached my goal, it felt surreal. A whole year had passed, and I had changed so much. Yoga led me to other fitness activities, it led me to new friends, it inspired me to work on my longtime love of writing, it taught me to lean in to myself, and I'm pretty sure I am a better mother because of it. Oh, and one more thing: I'm 25 pounds lighter.

I have also learned that I can pretty much accomplish any damn thing I want to, and that's the best lesson of all.