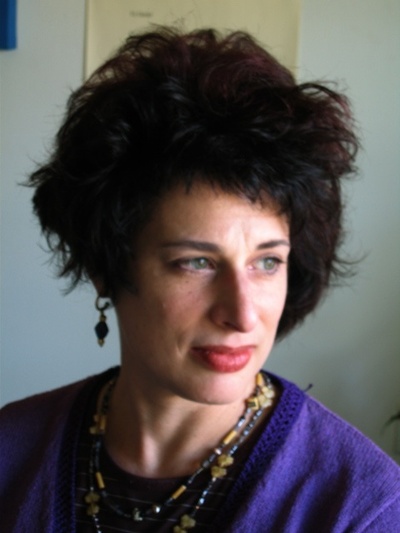 This is an interview with Sara K. Schneider, who wrote about law enforcement in her book, "Art of Darkness: Ingenious Performances by Undercover Operatives, Con Men, and Others." Yet she describes having had since her early 20s a "haunting" to work inside the prison system. Initially finding it hard to "break in," she started teaching men in a post-release program on the west side of Chicago. A mindfulness teacher who'd been teaching in the Metropolitan Correctional Center (MCC) made introductions for her to teach the female minority residing in the federal prison in Chicago's central Loop. Sara directed the MCC's women's yoga program, where she taught weekly from 2012 to 2014; and has recruited and trained other yoga teachers to teach both women and men inside the prison. In addition to being a yoga instructor, Sara is a playwright, professor, and performance ethnographer writing about body-based spiritual practices including, most recently, yoga in prisons. Sara can be reached at sks@thinkingdr.com.

Rob: What have been some of the surprises of teaching yoga in the prison setting?

When I started working with the women at the MCC, I imagined I'd be introducing yoga to women who had not had any prior experience with it. Not only did these women incarcerated in Chicago's federal prison seem more comfortable and familiar with seeing yoga as a spiritual as well as a physical practice than sometimes do new students "on the outside," but a few had already been practicing yoga before their incarceration. Many of the women who self-selected to join the yoga class were using their prison time in other ways to develop themselves spiritually.

Another surprise was how the conventions of the yoga studio seemed to fall away. Some of those who were newer to yoga frequently saw the poses in a sexual light, and would break out into nervous laughter or giddy riffs on the poses that would take the group a while to recover from! I had to learn to go with the flow on that, to allow the laughter as a necessary part of coming to the practice from prison culture. It was important to channel that laughter so that it would be shared rather than aimed at one or another student, as might be common on the residential floor.

How else did you have to adjust your expectations or adapt your teaching in the prison setting?

I'm a vinyasa teacher who loves flowing and (yes) complex sequences. The inmate population is not necessarily invested in yoga choreography, nor is the average inmate in physical shape to be able to get much flow going, in part because prison life keeps the women quite inactive. While at the beginning I held to an idea of getting my new students into shape to be able to handle vinyasa, the MCC population was so transient that this wasn't a realistic goal.

Over time, my teaching shifted to focus on a couple of things: the first was giving the inmates a few simple breathing, mindfulness, and postural practices they could do on their own, in the spaces available to them, to enhance their ability to handle anxiety, depression, anger, and other troubling emotions they naturally experienced during the week.

The second focus was trying to give the women an experience of positive female community. Sometimes my regular students wouldn't come down to the chapel space for yoga because of infighting with other women on the floor they knew were planning to come; they just didn't want to do yoga side by side with them. With only 20 or fewer female inmates in a facility of nearly 700, every woman got to know every other woman very well.

In class, one of their favorite activities was to lay out the yoga mats right up against each other and to "roll." It was actually a very gentle twist that would take all of us, in a very childlike way, from one side of the open chapel room to the other. We'd start face down, and initiate rolls onto our backs from the trailing hip and rolls onto our bellies from the trailing shoulder. The women loved teaching new students how to roll in this way and laughed and laughed together as they flopped onto their backs or onto their bellies. My sense was that it was rare for these women to enjoy the simple pleasure of their bodies in this communal way in their life on the residential floor. Plus we were doing fun spinal twists!

Finally, I wanted them to have the protected space of a class and to have a Savasana (corpse pose) that offered a brief but complete release. These women are woken up with guards' flashlights shone in their eyes early each morning, and had so little experience of real rest. They instantly understood Savasana as a space of deep, protected peace, yet it was often real work to ensure that no prison staffer interrupted them, as they did not necessarily buy into the vital importance of such rest.

The fact of incarceration, as juxtaposed with the freedom inherent in yoga, was brought home powerfully to me on a summer's evening when we had class on the roof of the prison, instead of in the chapel, which actually has a glorious view of the Chicago skyline. As we started our sun salutations, and I modeled raising my eyes to my joined hands overhead, in our line of vision was the barbed wire roof that stood between us and the sky of Chicago. I remember my unfettered ability to see the sky every time I do a sun salutation now.

When I teach in studios, I'm aware of our privilege in being able to buy classes, to feel comfortable in a yoga studio, and to end class at our leisure, rather than with a sharp interruption from a guard. I appreciate that many of us are wearing clothing that supports rather than impedes movement. And I am more aware than before of the power of yoga as a practice for those who know they need one.

What would you describe as a peak moment in your teaching of the inmates?

I think probably my favorite moment was when one of the students, a sometimes-bawdy and always-enthusiastic participant, was stretching in wide-legged forward fold (Prasarita Padottanasana A), experimenting with whether it was possible to deepen into a pose simply by "breathing into it." Like me, she was from the era of bouncing and re-bounding to deepen a stretch, and we were investigating a whole new way of taking the practice inside. As I watched her, it seemed evident to me that this smartly clowning, often externally oriented woman had found a new and internal reference for her pose. She bobbed up as if from a deep-sea dive, and cried, "I breathed into the pose!" We had big smiles all around.

What advice would you share with those hoping to teach in a correctional setting?

Teaching in a prison means that you will be subjected and exposed to some part of the trauma of incarceration that inmates experience daily, such as the withholding of information about what is really going on, the lack of control over your time, and the inability to move without supervision. There are also inexplicable barriers to effective communication across departmental lines, the all-too-close scrutiny of how you are dressed and surveillance of what you can carry into the prison, and a culture in which staff members can seem more bent on passing blame than on serving the public.

Ensure that you have a way to process some of the emotions that come up, ideally with others teaching in a similar setting. Here in Chicago, the Socially Engaged Yoga Network, a loose collective of yoga teachers involved in social justice work, has been having quarterly gatherings to network and to share experiences and lessons learned. The sense of community with others involved in yoga service work has been invaluable!