Helen Lavretsky, the study's senior author and a professor in residence in UCLA's department of psychiatry, said in a press release. "Yoga provided a broader benefit than memory training because it also helped with mood, anxiety and coping skills."

The study, which appears May 10 in the Journal of Alzheimer's Disease, is the first to compare outcomes from yoga and meditation with those from memory training, which incorporates activities ranging from crossword puzzles to commercially available computer programs. The study of 25 participants, all over the age of 55, measured changes in behavior and brain activity, said the release. All the participants had previously reported memory issues, such as forgetting names, appointments and misplacing things. The study subjects underwent memory tests and brain scans at the beginning and end of the study.

Eleven participants received one hour a week of memory enhancement training and spent 20 minutes a day performing memory exercises -- verbal and visual association and other practical strategies for improving memory, based on research-backed techniques.

The other 14 participants took a one-hour class once a week in Kundalini yoga and practiced 20 Kirtan Kriya meditations at home for 20 minutes each day. Kirtan Kriya has been practiced for hundreds of years in India as a way to prevent cognitive decline in older adults, Lavretsky said. Below is a sample of how the meditation is done.

The yoga-meditation group also had a greater reduction in depression and anxiety and improved coping skills and resilience to stress. "When you have memory loss, you can get quite anxious about that and it can lead to depression," said Lavretsky, who is also a researcher at the Semel Institute.

The practice of yoga has long been associated with stress reduction, as well as improving balance, lowering the risk of heart disease, and maintaining a healthy weight.  And now, it seems, we can add improving brain fitness to the list.

PHOTO GALLERY
10 Of The Best Yoga Poses For Sleep 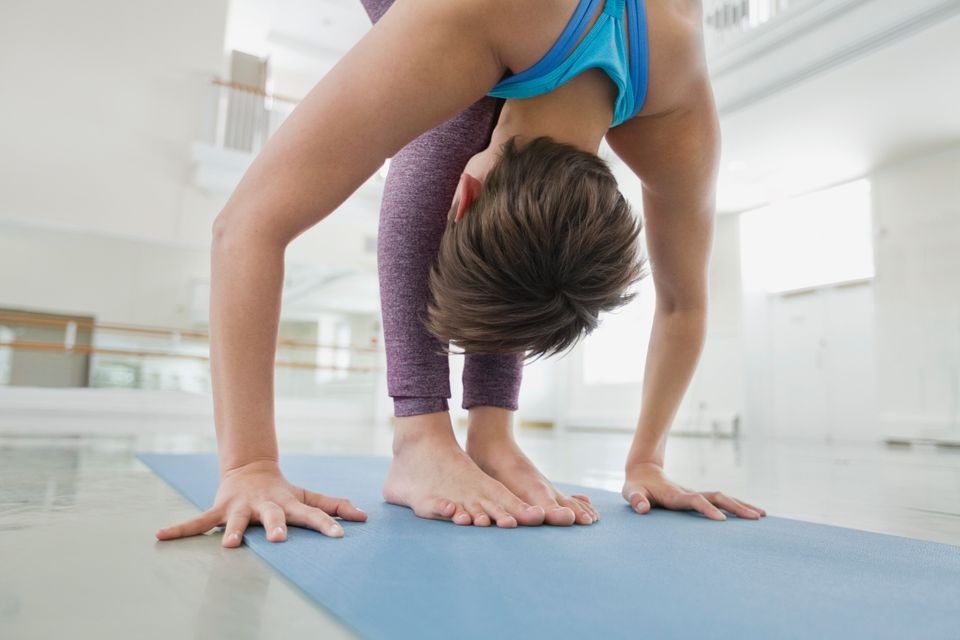 1 / 8
Standing Forward Bend (Uttanasana)
To perform this pose, stand with the feet about six inches apart and fold the torso to the ground, reaching toward the ground or bending the arms and grabbing opposite hand to opposite elbow. In addition to helping to relieve headaches and insomnia, the pose can also be helpful for lowering stress levels, <a href="http://www.yogajournal.com/poses/478" target="_blank">according to Yoga Journal</a>. <br><br> "Sway a little side to side and breathe," says Bielkus. "Bend the knees as much as needed to ease any strain. Tension in the legs and hips will start to release."
Hero Images via Getty Images