In a closely watched lawsuit in the San Diego-area where a family had sued the Encinitas, Calif. school district for what it saw as government sponsorship of religion for its yoga classes, a judge ruled Monday that yoga has religious roots but is not religious the way it's taught in the district.

But the ruling will likely not settle the ongoing debate in over whether yoga, which has grown immensely in popularity, is most closely related to its religious roots in Hinduism, is a more general spiritual practice or is a non-religious and non-spiritual pursuit.

Nonetheless, recent Pew Research Center surveys may shed some light on American views of yoga. For example, in an extensive poll on religiously unaffiliated Americans that was released last fall, Pew asked how the group -- it included but was not limited to atheists and agnostics -- viewed yoga. About 28 percent said yoga was a spiritual practice. The number was slightly higher than the 23 percent of the broader public that said the same.

The family who sued in Monday's case is Christian. An earlier Pew survey on New Age and Eastern-influenced spirituality that was released in 2009 dug deeper into views on yoga among Protestants and other religious groups.

Compared with other religious traditions, white evangelical Protestants consistently express lower levels of acceptance of both Eastern beliefs (reincarnation, yoga) and New Age beliefs (spiritual energy in physical things and astrology). ... Among Protestants, high levels of religious commitment are associated with lower levels of acceptance of Eastern or New Age beliefs. Among both evangelical and mainline Protestants, those who attend church weekly express much lower levels of belief in reincarnation, yoga, the existence of spiritual energy in physical things and astrology compared with those who attend religious services less often. Among Catholics, by contrast, frequency of church attendance is linked much less closely with these kinds of beliefs, although those who attend less often do express higher levels of belief in astrology compared with weekly attenders. 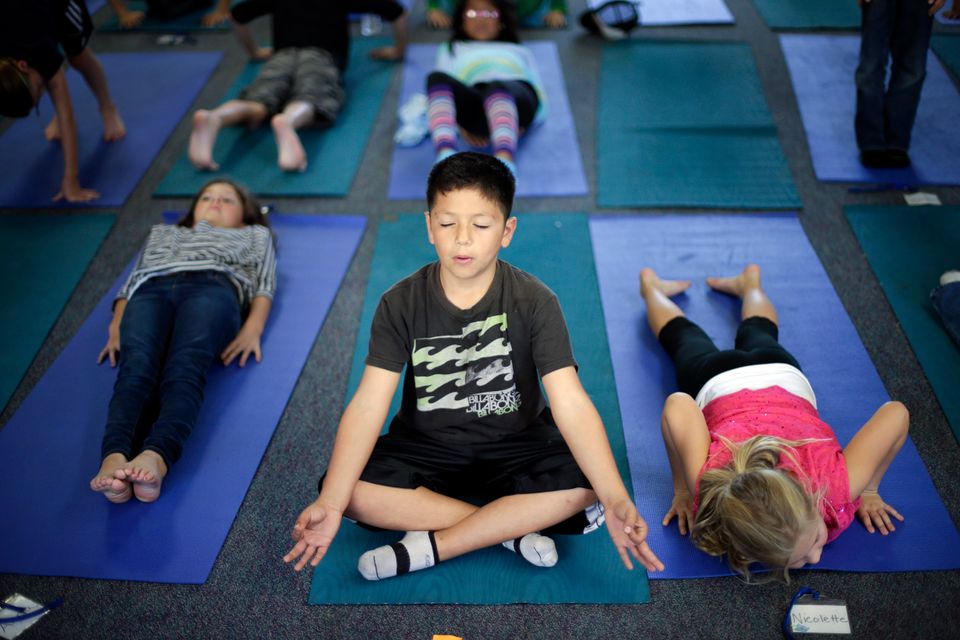 1 / 6
In this Dec. 11, 2012 picture, fourth grader Miguel Ruvalcaba holds a pose during a yoga class at Capri Elementary School in Encinitas, Calif. Administrators of the Encinitas Union School District are treading softly as they pioneer what is believed to be the first district-wide yoga program of its kind, while trying to avoid a legal dispute over whether yoga is just exercise or an intrinsically spiritual practice. (AP Photo/Gregory Bull)
AP