I recently interviewed Sonia Nelson by email. I had the good fortune of having Sonia as my first yoga teacher. She is one of the foremost yoga teachers in the world today, and is looked to as an authoritative source in the fields of yoga therapy and Vedic Chant. She founded the Vedic Chant Center in Santa Fe, N.M., www.vedicchantcenter.org 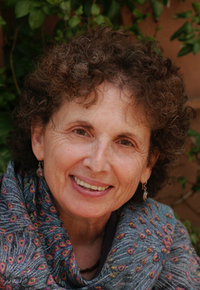 In 1975 I accompanied my husband to India, where he was to study with T.K.V. Desikachar. Fortunately, I was able to study with Desikachar also, and that was the beginning of my sustained involvement in yoga and yoga teaching. Subsequently, the study and teaching of Vedic Chant became the focal point of my interest.

For someone unfamiliar with T. Krishnamacharya, how would you summarize his role in modern yoga?

Professor T. Krishnamacharya had an amazing depth and breadth of knowledge, not only of yoga but of many of the ancient teachings which are its source. Along with his own high standards and knowledge of many classical disciplines, he always insisted that the practice of yoga needed to be adapted to the individual and not the other way around. This perspective made it possible for yoga to be experienced by a wide spectrum of practitioners who would otherwise not have access to its many benefits.

[Note from Rowan: For more information about T. Krishnamacharya, see The Yoga of the Yogi by Kausthub Desikachar.]

How would you describe the contributions of T.K.V. Desikachar to the practice of yoga today?

Mr. Desikachar's teaching has always reflected this same perspective on yoga practice, which he combined with authoritative knowledge, a creative spirit and care for and interest in the student. One of his main contributions has been in the area of healing, or what some now call yoga therapy, where consideration of the individual's needs is of the utmost importance. Also, his emphasis on the use of the breath at every level of practice has been a major influence in bringing the possibility of profound experience to the use of even the simplest techniques.

[Note from Rowan: Desikachar wrote a book exploring the meaning of yoga and on developing a personal practice, The Heart of Yoga.]

Why is yoga particularly relevant to the world now?

We all need a means to help us access an inner intelligence that is clear and calm and from which we can relate to and function in this world where there is so much confusion and agitation.

What is something new you have learned about yoga recently?

This morning I could do an old practice as if it were new.

What are four things people should look for in a prospective yoga teacher?

What titles are on your "yoga" bookshelf?

How can a person know if they have developed the right personal practice?

Right practice needs to be developed in relationship to a specific context. As I change and my life situations change, my yoga practice needs to adapt. It is not something static. This evolution of practice is ideally done in the context of relationship with a teacher. But whether you are practicing on your own or with guidance, it is important to notice any changes in your usual physical, energetic, mental and emotional patterns of functioning not only during the practice but throughout the day as well.

Vedic chanting can seem esoteric to a lot of people, even inside the yoga community. What kinds of conversations do you have with people about chanting and its benefits?

Vedic Chant is something that needs to be experienced to be understood. Prior to any conversation, I would introduce an experience of listening and chanting. Then, I would ask the person what effects they noticed and answer any question that came from their experience. Vedic Chanting is a discipline and requires sustained effort and focus to do well. After some time, students seem to notice effects such as greater ability to focus, more attention to detail, increased breath capacity, uplifted mood, increased energy, etc. But there is always a mysterious component as to how and why these effects occur. I find this to be true for myself even after years of practice.

How do you describe what differentiates yoga therapy from the yoga someone might experience in a group class at a local yoga studio or gym?

From my observation, most of the yoga being taught in a group setting has two goals. One is to maintain or improve an existing state of wellness and the other is to achieve a certain proficiency in performing yoga postures and breathing techniques. The goal of yoga therapy, however, is to use principles and practices to address an existing imbalance in the student's system. This includes addressing the way in which the imbalance is impacting the person's life.

How is yoga therapy evolving? What lies ahead?

In the West, there is a growing awareness of the contribution yoga can make in relationship to healing. Yoga as a tool for healing has existed perhaps as long as yoga itself, but in recent times, this application has come to be known as yoga therapy. The use of this term facilitates the growth of the field as a complementary modality that will gradually be accepted by the medical community as well as the general population. Currently, this seems to be the predominant goal for yoga therapy in the West. For this to be achieved, a standard of education and supervision, that is only now being developed, needs to become established.

[Note from Rowan: For more on yoga therapy, its roots and applications, and Krishnamacharya's contributions to the field, you can read Health, Healing and Beyond.]

How does pranayama integrate into your teaching and therapy practice?

My goal for the student is to become comfortable connecting with the subtle activity of breathing and to eventually be able to influence their own breath in a positive direction both in length and quality. There are many tools to accomplish this based on each student's capacity and ability to sustain a consistent practice. But to be effective, a degree of patience and the ability to go step by step is required. A good first step is using conscious breathing while doing some form of asana.

If you were granted a wish, what would you wish for the yoga community?

A growing appreciation of the fact that yoga practice is not simply a variety of techniques for self improvement but is also a highly refined means of discovering that which, in all of us, needs no improvement.

Thank you Sonia for taking the time to answer these questions and provide these insights into yoga and your deeply informed perspectives. One of the highlights for me of what you have said, and something I also wish for fellow yogis, is that as yoga grows in popularity, people begin to appreciate and explore the depth of yoga's application as a way of healing.

I also hope that Sonia's voice, so full of understanding and experience, will continue to be more widely heard in the global yoga community.

If, like me, you were struck by Sonia's last description of yoga as discovering that which needs no improvement, you might like to learn about the yoga and dialogue workshops where we explore questions like that and practice yoga together. The retreats are hosted at the Krishnamurti Center in Ojai, Calif. You can find the dates of the next upcoming retreat and learn more about them here: www.kfa.org/yoga