Yoko Ono's menswear line for Opening Ceremony was one of the most outrageous celebrity collections we've seen to date, so it's hard to imagine that the crotch handprints, mesh tops and nipple holes were anything but 100 percent original. Turns out that may not be the case.

Last Friday Brooklyn-based fashion designer Haleh Nematzadeh filed a lawsuit against Yoko Ono for supposedly ripping off her clothing line. According to the New York Post, Nematzadeh "met with photographers working for Opening Ceremony" in July "hoping to get images of her Gonna Walk the Night collection in the store’s catalog." But instead of featuring her pieces, she alleges that they teamed up with Ono, altered the designs without permission and began selling them.

The two collections do bare some striking resemblances. Although Ono claims that her racy line was inspired by her late husband, John Lennon, Nematzadeh was quick to question, "Since when does fetish and John Lennon go together?"

See pieces from the two collections side by side: 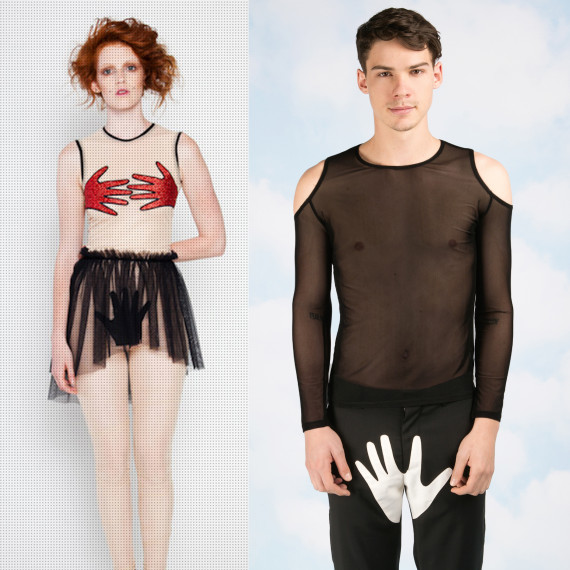 Nematzadeh's Twitter account didn't point any fingers outright, but we couldn't help but notice a few tweets that seem to be directed at Ono:

Standing up for truth is scary, but I wouldn't live any other way.

We reached out to Opening Ceremony for comment but they declined to respond on "pending litigation." Stay tuned for more developments in the case.

Click through the slideshow to see some more of Yoko Ono's collection: