As we grow into mature moral selves we reach a point when we must ask: do we actually act on our ideals? Many of us speak of injustice and the rampant avoidable suffering in the world. We feel suffused with empathy but besides the writing of a check, which is significant, this rarely disrupts our normal living. Consequently, to move my ideals into choices, I attended the Occupy Wall Street Kol Nidrei Service in solidarity with the protesters.

I arrived early both to join the protest and to accustom myself to the oddity of the scene. My heart danced to the tune of the contagious electricity: the sort of exhilaration engendered by taking an active part in history. Yom Kippur has never evoked this feeling. In the past, I felt nervous excitement, or the excitement that for one day, for one hour, even for one minute I held the ear of the Creator, but nothing this invigorating.

Walking into the crowd of smiling prayers, I noted the contrast between the tenor of the service and the chaotic protest. Not in a sense that the congregation displayed a lack of joy or purpose, but in the sense of such clear cohesion, calm, and organization amongst our group. We began with about a hundred people but swelled to about 1000 jovial participants. We easily congregated in a circle with the cantors in the center, using the protesters' technique of call and response during their speeches.

The service began with the chanting of the Ohr Zarua verse (a hidden light for the righteous). These opening words of this somber ceremony, usually intoned in a pensive tune, were now sung with joy. Following this, the cantor bellowed that strange prayer in which we allow ourselves to pray with all transgressors. Though, in translation, the cantor changed "transgressors" to all types of people, which highlighted some of the inherent inconsistency in tone of this service/protest. From the aspect of the protest, I understand the need to not include all sinners, but from the aspect of Yom Kippur I see both the beauty and necessity of an invitation for all to pray before the Almighty.

Before the silent prayer one of the cantors uttered simple words: "there are lots of beautiful words in here, and lots of beautiful words in your heart. You choose your words," And for five minutes, amidst the din of the noise from the protest, despite the chatter of the cops and the clanging of the train; a sustained, meditative silence spread throughout our square.

Afterwards, we focused on a new list of sins. In this admixture of prayer and protest, the service's vision of prayer as protest reached its culmination. We proclaimed our sins: being cynical about repairing the world, for tolerating global warming, global poverty, and global disease, for not defending Israel, for not defending Palestine, with each collective sin eliciting a louder shout. In similar fashion, for the Aleinu prayer, we were asked to Respond, "Aleinu" if we agreed with the person's commitment. I will fight for lower wages, Aleinu! I will work for real universal health care. Aleinu! We will hold ourselves accountable for the occupation of Palestine! Which received, perhaps, the loudest Aleinu!

Ultimately, this service worked better as a message, as an event, than as a service -- both for technical and conceptual reasons. Technically, the noise from across the street compounded with the lack of bullhorns made it hard to hear. Conceptually, and here my bias shines through, politics often, though not necessarily, dilutes individual spirituality. It stokes the flames of action but quenches the inner voice of the desperate soul.

In that vein, as I walked the 100 blocks home, singing those plangent, hopeful, and nostalgic Yom Kippur tunes, my feet blistered, I felt torn between the service and protest aspect of the event. Yom Kippur, to me, should represent a day in which I stand defenseless in front of my creator, in front of a being who understands me in a way qualitatively unimaginable. I missed the synagogue, the tears of the day, the quiet, once a year dialogue between the real you and the Divine.

Yet, so many Jewish thinkers comment that religion stagnates in separation from the theatre of history. As a people, our light unto the nations has been extinguished, or covered, left in a dark corner ripe for resuscitation. When did we lose that prophetic spark of a people not afraid of cynicism, but who fight for true justice, for the downcast?

In the immediate wake of the event, I discerned the beginning of a shift in my thoughts. I felt the small fluttering of hope, hope in an engaged communal Jewish future, hope in our generation's ability to transcend apathy, cynicism, and irony, and hope that through our redemptive actions we can again make God relevant in history as a force for the enhancement of human dignity. 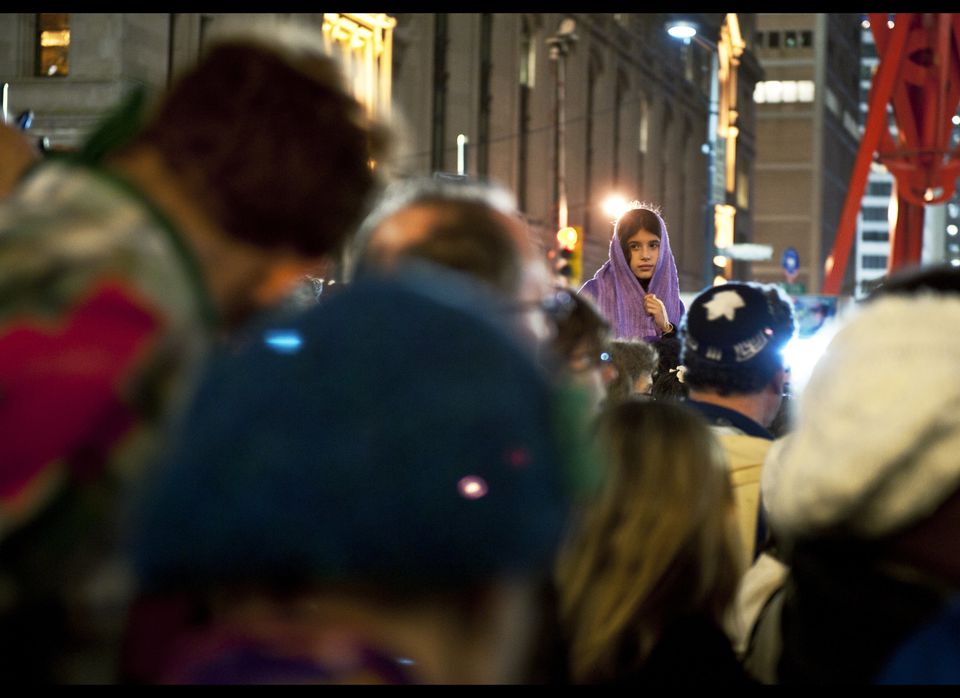