Yoplait has agreed to pull a yogurt commercial that the National Eating Disorders Association (NEDA) believes could trigger dangerous behavior in those suffering from eating disorders.

The ad in question addresses a common dilemma: to dessert, or not to dessert? An already slim woman is frozen in front of her office's refrigerator, an inner monologue belying a complex barter system that could justify a piece of raspberry cheesecake.

She could have a small slice, she rationalizes; she has been "good." Or maybe a medium slice with some celery sticks. Or what if she were to jog in place while eating a big slice of cake followed by some celery sticks – that would cancel everything out, right?

This spiral of obsession and restriction ends when a skinnier coworker grabs Raspberry Cheesecake Yoplait Lite. The first woman's decision has been made.

"[For those with eating disorders], opening a refrigerator is like walking off a bridge," said Lynn Grefe, president of NEDA. "And to see this behavior in a commercial tells people with eating disorders, see, it's even on TV. It's ok and normal for my head to go through all these mental exercises."

The commercial came to Grefe's attention after she received numerous emails and phone calls from eating disorder sufferers. According to Grefe, the ad's language, seemingly innocuous to some, could easily serve as a trigger for those vulnerable to disordered eating.

"I was shocked by how they really nailed it on the head--that's exactly what I thought every time I opened a refrigerator door," said Jenni Schaefer, who remembers experiencing negatives feelings towards food as young as 4 years old. Scheafer battled anorexia in high school and bulimia in college; she began treatment for her disease when she was 22 years old. Now 35, she considers herself fully recovered and has written two books on recovering from eating disorders.

"When you live with an eating disorder, you divide all foods into "good" and "bad" categories, like the yogurt versus the cheesecake [in the commercial]," Schaefer said. "Pretty soon everything moves into the bad category."

Grefe says that NEDA "applauds" Yoplait and parent company General Mills for agreeing to pull the commercial days after the group voiced concerns.

"We had no idea," Tom Forsythe, VP of Corporate Communications for General Mills, said to the Huffington Post. "The thought had never occurred to anyone, and no one raised the point. We aren't sure that everyone saw the ad that way, but if anyone did, that was not our intent and is cause for concern. We thought it best to take it down."

NEDA has fought what they describe as "David versus Goliath" battles against numerous companies whose ads – often unintentionally – encourage an unhealthy relationship with food.

In the slideshow below are other advertising campaigns that NEDA says could serve as triggers for those struggling with eating disorders. 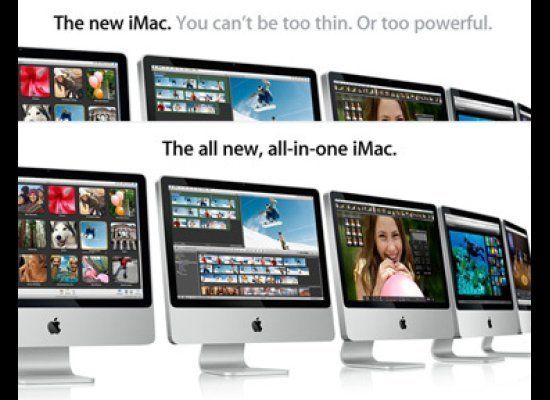