Small animals will stick their heads inside all sorts of discarded food containers to consume scraps of food, but classic Yoplait yogurt cups -- the kind that have a tapered shape and foil lid -- pose a special risk. They include an inside rim that makes it easy for an animal to stick its head into the cup, but nearly impossible to pull it out.

"This is really a terrible source of peril," Simon, a Connecticut-based wildlife ecologist and skunk specialist with the Humane Society of the United States, told The Huffington Post.

General Mills, the marketer of Yoplait in the U.S., has known since at least 1998 that the yogurt cups have been killing wildlife, but the company has done little to alter the deadly design, Simon and other animal advocates say.

Animals happen upon the cups when people cast them aside as litter, but even those that have been safely thrown away can pose a problem, as animals can break into dumpsters or rip open bags of trash left outside.

The design is especially problematic for skunks, which have paws that are not designed for the grasping action necessary to pull off the cup. Additionally, the Yoplait cup’s distinct structure -- narrow at the top and wider at the base -- is the perfect shape to trap a skunk’s wedge-shaped head. Squirrels also fall victim to the containers, Simon said, though not as frequently.

Police in Rochester, Michigan, confirmed the skunk in this August video was stuck in a Yoplait cup (story continues below):

Once an animal's head is stuck inside the cup, Simon explained, they're likely doomed to death from suffocation, or worse, from dehydration after days of not being able to drink. Sometimes animals that have their heads stuck in the cups will run blindly into roadways, which also poses a danger to drivers who swerve to avoid them.

Simon ran a national wildlife help hotline for 18 years, and currently handles national information requests for HSUS. She says she receives at least one call a month about a small wild animal, typically a skunk, that has its head stuck inside a Yoplait yogurt container. In the spring and summer, when more people are spending time outside, she says she generally fields multiple calls of that nature, up to a dozen, each month.

Other animal advocates are also familiar with the issue.

"I’ve pulled them off skunks’ heads before," said Shirley Zindler, an animal control officer in Sonoma County, California. She said she only gets a couple of calls each year about skunks, but both Zindler and Simon said they suspect there are far more cases that people either never see, or simply don’t report. There's no official estimate on how many animal fatalities the cups cause each year.

General Mills is aware of the issue. Camilla Fox, founder and executive director of nonprofit animal protection group Project Coyote, fought to get the company to change the cup design in 1998. At that time, Fox was with the Animal Protection Institute, a national animal advocacy group that teamed up with HSUS to generate thousands of letters to General Mills, culminating in a meeting with higher-ups at the company. Fox noted that other wildlife activists had conducted previous campaigns to get the design changed as well.

The effort had two outcomes: General Mills added an outside edge to the base of Yoplait cups, ostensibly to give animals leverage in pushing the cups off their heads, and added a small warning that reads: "Protect Wildlife Crush Cup Before Disposal."

When asked about the cups’ threats to wildlife, Mike Siemienas, General Mills brand relations manager, told The Huffington Post in an email:

"Frankly, that just doesn’t cut it," said Simon, noting that the added edge doesn’t do much to assist skunks. The warning, she points out, is so small many people never see it, and it doesn’t explain how the cups actually pose a threat to wildlife. Moreover, compressing the cup is fairly difficult.

"I’ve tried crushing it," she said. "It’s hard to do, and then it just resumes its shape if you don’t really pound it. It’s not a good solution at all."

Siemienas did not have further comment on follow-up questions about why General Mills has not addressed the cup’s inside rim, or whether the company has any plans to further modify the cup’s design.

Fox, however, said that in her previous communication with the company, General Mills expressed concerns about the costs involved in making certain changes, which would mandate altering their factory machinery. But amending the cup's design is the only way to fix the issue for good, according to Fox.

"Until they change the shape of that container, this is going to be an ongoing problem," she said.

If yogurt consumers aren’t willing to boycott Yoplait, Simon said, she advises them to thoroughly wash the cup with hot water before cutting it into pieces and putting them in the trash.

If people encounter a skunk or other small creature with its head stuck in a Yoplait cup, she suggests they place a milk crate, upside-down laundry basket or similar object over the animal to keep it in place until help arrives -- by the time officers can respond to about three-quarters of the calls she receives, she said, the skunk has already run off. She noted that skunks won't spray something they can't see.

Rebecca Dmytryk, president of Wildlife Emergency Services, an animal rescue service in Moss Landing, California, is behind an online petition pressuring General Mills to change the container designer. Dmytryk said that she’s heartened by the number of people who take the time to assist animals trapped in the container.

"When people come across an animal that’s in this condition, how do you walk away from that?" she asked. 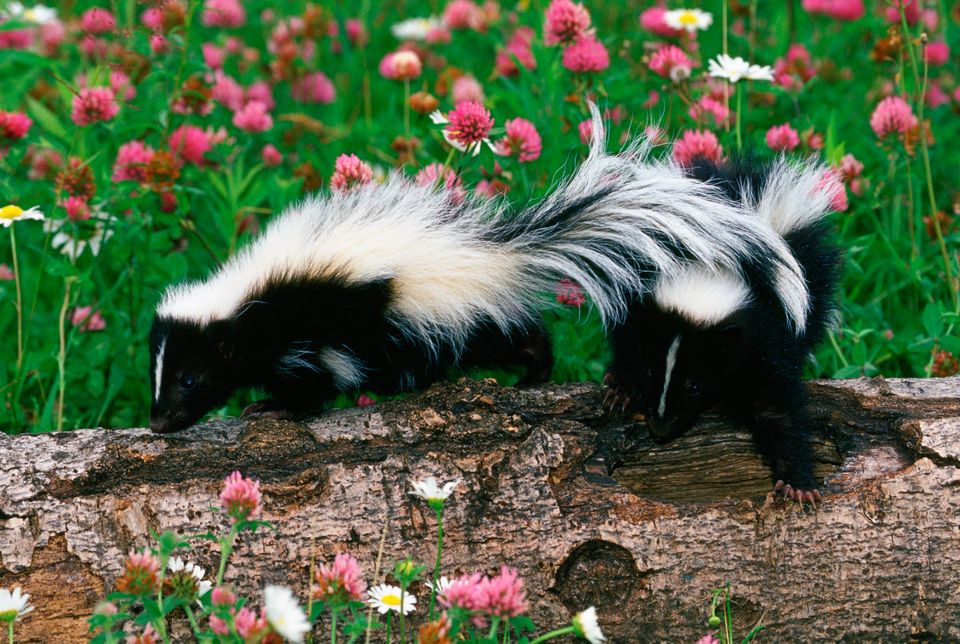