At its annual developers conference in San Francisco on Monday, Apple unveiled the latest version of its operating system for its various lines of Mac computers, dubbing it "Yosemite" after the national park. In the latest iteration of OS X, Apple cleaned up the Mac software's look with flatter images and brighter colors and added several phone-like features.

Basically, after Apple releases the new OS X to the public this fall, using a Mac should remind you more and more of using an iPhone or iPad. 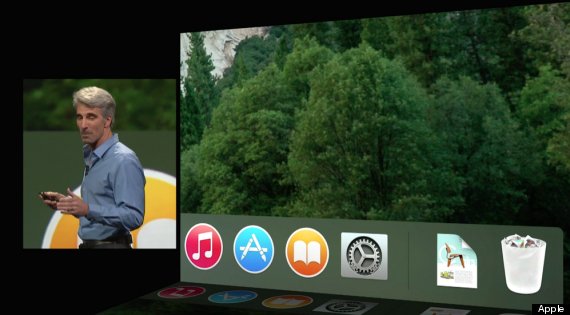 The Mac's new, "flat" design, fashionable among Silicon Valley companies today, is meant to make Yosemite look as futurist and simple as something that could be featured on an iPhone, but for your Mac. Semi-transparent windows, added to several Mac programs, are meant to make apps blend in better with your computer's background. A new feature called "Dark Mode" is meant to make icons and menus less distracting when trying to focus on one app.

But it's not just a facelift. Some of the most exciting updates involve adding features your iPhone already has. OS X is the most phone-savvy desktop operating system today: Macs can now make and answer calls and send text messages straight from the computer with any of your contacts -- even if they're using devices running Android, Windows or Blackberry.

A new Notification Center -- yep, just like the one on your iPhone or iPad -- lets you take a quick look what's happening in all your programs. 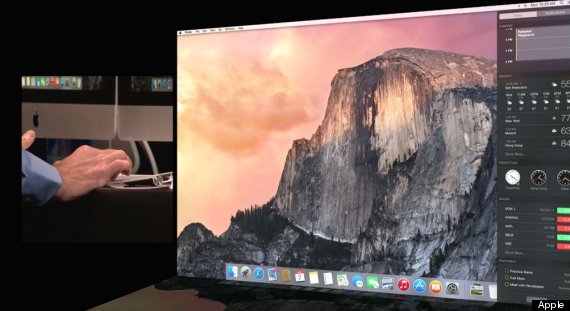 Spotlight gives you a big, beautiful search bar that lets you search apps, documents, contacts or the Internet at large from your home screen, linking you to Apple Maps results, Google hits or iTunes songs. 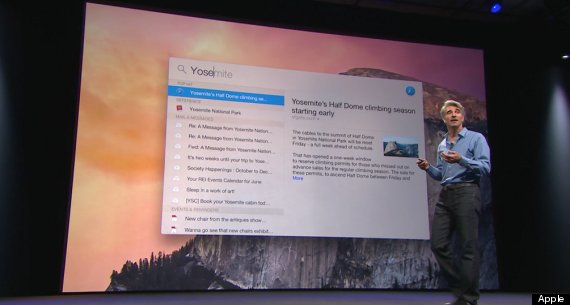 The big update to Apple's Mail program is the ability to send large attachments, like a file full of photos, more easily. Apple's native email app also lets you doodle signatures or other markups on email attachments. 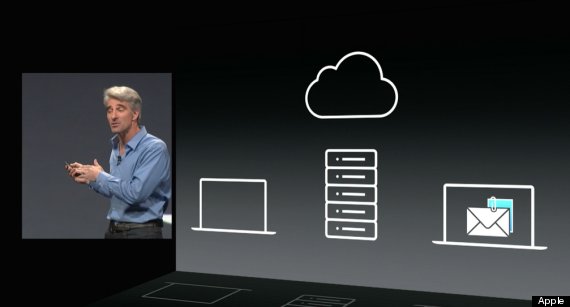 Apple's web browser, Safari, got updates as well. There are a few superficial changes, like a thinner top bar and scrollable tabs that make managing multiple webpages easier. There are also a few under-the-hood updates that will allow Mac owners to stream video faster and for longer.

Apple's presentation also gave us our first look at a new Dropbox-like system for storing files online called iCloud Drive, which lets people organize documents by folders and tags and synchronize them across iOS and Windows devices. 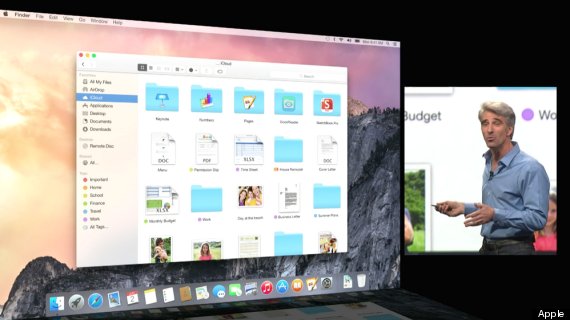 The shiny-new operating system will be available -- for free -- to the masses later this fall. If you're a non-developer and can't wait, you can sign up for a Yosemite beta this summer to try it early.