At first, the beads looked like regular beads to me. Pretty, but nothing wildly out of the ordinary.

So I did. I noticed that the beads were delicately ridged, like a shell. There was something unusual and beautiful about the color of them. 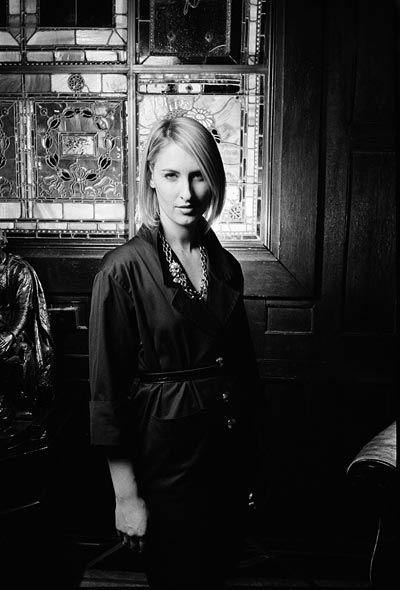 "That's because they're made from magazine and newspaper strips," Salzer told me. "By women in Rwanda. They collect the paper, cut it into strips, roll them into beads, and coat them in natural resin. We got connected to them through an organization called Women for Women, which helps victims of war and genocide help themselves."

Salzer explains the whole operation. Her jewelry company, Lulu Frost, places bead orders directly with a chapter office in Rwanda, from the women themselves, cutting out any middlemen. Salzer used the beads to accessorize designer wunderkind Chris Benz's spring-summer '08 collection, and since then, demand for the jewelry is high.

And the story behind the beads is spreading. 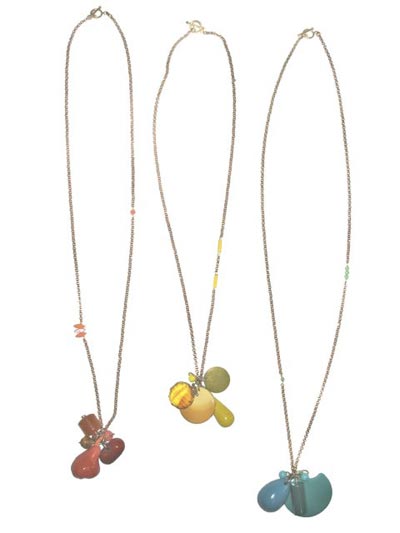 "I feel extremely connected to people that are a world away," Salzer says. "It's not just charity. We're incorporating these women as valued members of the supply chain. Without their production and the narrative behind these beads, our products would not have the same value."

Salzer is part of a movement of emerging designers whose goal is to turn clothes and accessories into powerful messages of social responsibility.

While many larger retail corporations have charitable sidebars to their operations, this new guard of designers is not merely funneling a portion of proceeds into charities. Rather, they are infusing every aspect of their products - from manufacturing to advertising - with particular causes.

To the point where buying a bead can - in a tiny way - help offset the horrible aftermath of genocide, or buying a shoe can help alleviate the effects of poverty.

This might seem incongruous, for many people associate fashion with escapism and frivolity. But this new generation of designers sees things very differently.

For them, fashion is politics.

"I've always been interested in the symbolism of adornment," says Hala Bahmet, who co-founded Viridis Luxe, a Los Angeles-based knitware company that turns out dramatic statement pieces. The company creates its clothing primarily from hemp, which is "the greenest of all textile fibers," according to Bahmet.

"Fashion mirrors art, politics, what's happening in society," she states. "What you choose to wear says something about who you are." 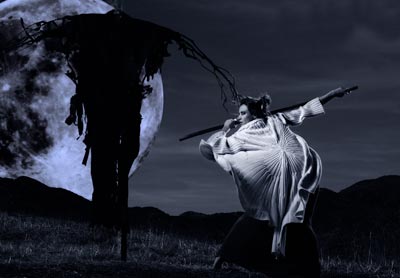 Admittedly, everyone seems to be going green these days. It's faddish.

But for the few companies that are truly dedicated to environmentally- and socially-responsible principles, it's a huge commitment that requires tremendous dedication and patience.

"It took us two and half years of development before we could launch," Bahmet says. "I gave up very successful, glamorous career as a costume designer to do this. And we didn't know if would be successful, we didn't think the world would be ready for it."

But apparently the world is ready for it.

Viridis Luxe, whose tag line is 'Luxury Clothing with Conscience,' now turns over a significant profit and retails in major department stores such as Henri Bendel and Neiman Marcus. The label has been featured internationally in dozens of magazines.

While Bahmet and her co-designer, Amadea West, were initially stunned by the overwhelming response to their products and philosophies, they now believe that they've tapped into an important - and growing - cultural movement. 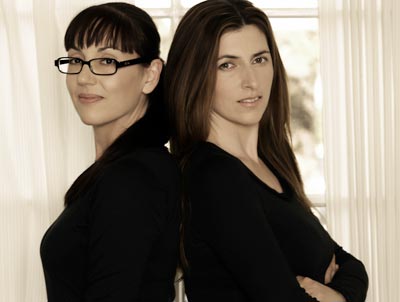 "Consumers have become more conscious of what they're buying," says West. "Most of our customers are attracted to ours designs, of course, but historically at this moment, people are thinking more and more about product conception. Our customers share our mindset about all of these things."

And in some cases, demand for such products is increasing to a fever pitch.

Consider, for example, the astonishing case of TOMS Shoes, which was founded only two years ago by designer Blake Mycoskie.

In 2006, while doing volunteer work in a small village in Argentina, Mycoskie noticed that most of the children there had no shoes.

"Their feet were painfully cut up and swollen from having to walk a long way every day, and many weren't allowed to attend school because of lack of shoes," Mycoskie says. "And while I was there, I had this idea of TOMS Shoes. I'd create a shoe company and for every one I sold, I'd send one back to this village. And the name TOMS would come from the word 'tomorrow.' As in, you buy a pair of shoes today, and we give the kids a pair of shoes tomorrow. It sounds cheesy, but it really was an epiphany."

He returned to New York City, took the design for an Argentinian shoe called an alpargata, and redesigned it for the U.S. market - replacing the traditional rope sole with rubber for durability.

"The original goal was to sell 250 and give back 250 to this one village," Mycoskie explains. "But we ended up selling ten thousand, just out of my apartment."

As promised, Mycoskie - with a fleet of interns and his whole family in tow - returned to Argentina with ten thousand pairs of shoes and donated them to the children in the village and throughout the region of Missiones, one of the country's most impoverished areas. 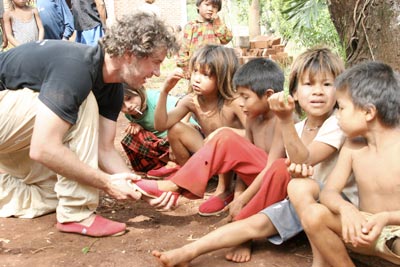 Blake Mycoskie of TOMS Shoes makes a delivery in Argentina

"It's such an intimate thing to take a dirty foot in your hand and put a shoe on it," Mycoskie says. "It was a very emotional experience."

This past winter, Mycoskie and his team expanded their operation to South Africa, where they donated 50,000 pairs of shoes to children in Durban, Johannesburg, and Port Elizabeth.

Celebrities such as Scarlett Johansson, Jessica Biel, Benicio Del Toro, and Tobey Maguire wear TOMS, raising the profile of the cause and driving up demand. These rubber-and-canvas shoes, which look like the antithesis of high fashion, have become incredibly fashionable almost overnight.

Here is both is the key and the trick. All of these products must first be a success in order to spread the story behind them. And the fashion is notoriously fickle; often there's no apparent reason why one product becomes huge while another bombs.

But considering the enormous popularity of the items above, perhaps the new je ne sais quoi that makes an item huge is the narrative behind them.

The idea that you are what you wear.

"The great thing about fashion is that it's obviously very visible," says Mycoskie. "We always say, make more than a fashion statement. When someone wears TOMS, people can see that they've given a pair of shoes to a child. Everyone who wears them is really into the statement."

And it is precisely this marriage of symbolism, commerce, and idealism that makes this multi-billion dollar industry such a good vehicle for awareness and social activism.

"It's true that for an idea to truly take hold and be promoted, it has to generate profit," says Salzer. "Now there's a profit in eco-consciousness. My clients want these things, and that's good. On a big scale, if people are zealots for a cause, and can align their cause with a big corporation, that will be good for the cause."

But for now, each of these companies remains independent, and many of the designers intend to stay that way, so they can control every aspect of their production - and avoid any practices that might sully the messages behind their brands.

"For designers, it's easy to contribute to the wrong things if you're not watching out," says Salzer, who personally assembles all of her own jewelry with a small team. "You can chose to do the wrong things that contribute to inhumane practices in terms of manufacturing, labor. And as a person, too - forget about just as a designer."

Hala Bahmet and Amadea West spent years researching factories to produce their clothes. They ultimately decided to go into production at a personally-selected company in China.

"It's called 'Greenland'," says Bahmet, who has visited the facilities twice in the last nine months. "The whole purpose of the company is to promote eco-friendly agriculture and industry in China. I went to all of our sources, the knitting and sewing factories, and they were so much better than the American factories. Clean, well-lit, and with a lot of protective gear that I did not see in the United States."

TOMS Shoes also manufactures in China, and like Bahmet, Mycoskie is eager to change attitudes towards production in that country.

"I was worried about the idea of it at first," says Mycoskie. "I hired a consultant and then went to China to inspect the factories. I had a bad prejudice against it. But when I went, we found some amazing factories that were run by forward-thinking, socially-conscious people."

His practices and example are convincing people at the highest levels. In fact, he was asked to participate in former President Bill Clinton's Global Initiative conference last September.

My interview with Mycoskie was the last in the group, and when I was done, I did what any reporter would do: I went back through the transcripts and tried to poke holes in the stories.

But when I didn't find the holes, my cynicism felt sort of stale to me, and I was left wondering why I personally wasn't following their example and doing more.

But I did order a pair of TOMS.