There are more things in heaven and earth, Horatio,
than are dreamt of in your philosophy. ~ Hamlet (1.5.167-8)

I have a marketing problem.

I explore aberrations and mysteries of the human mind - phenomena beyond the ken of the cage known as consciousness that coddles us into complacency, lulls us into believing a new normal after every paradigm shift, without us ever knowing it.

And I do this with some really bright, well-educated people.

But I am not a magician or "mentalist." I am merely a psychotherapist who teaches mindfulness and a little yoga.

The first part of my "Cultivating Meaning and Happiness through Mindfulness and Yoga" workshop is How Your Mind Was Built and What It Was Primarily Designed To Do, which happens to be to protect you from future traumas by creating fears, prejudices, reactions, assumptions, and expectations.

Depending on who you listen to, our minds have 50,000 to 70,000 thoughts per day.  The vast majority are the same as the thoughts we had yesterday and the day before and most of those thoughts are negative.  Yes, our minds have a negativity bias.

So how do I get really bright, well-educated people to have somatic, visceral experiences that give them insights into the mental and emotional Operating Systems that are running their hard-drives?  How do I get people to release some of those fears, prejudices, reactions, assumptions, and expectations so that they can show up authentically in the present moment?

That was the essentially the question the editor of my next DVD "A Beginner's Guide to Happiness" asked me when he asked me what the midpoint should be.  I thought about the midpoint of the daylong course that I have taught to thousands of physicians, psychologists, attorneys, nurses, engineers, professors and other extremely erudite people over the past few years.

As I stated above, I have a marketing problem: because if I opened my workshop with, "We are all 100 percent responsible for our thoughts, feelings, and actions and if we allow our minds to run on autopilot we are bound to crash," half of my students would run from the halls demanding their money back.

But when I spend an hour casually discussing some anomalies of quantum physics, some observations made by Jacques Lacan, Slajov Zizec, John Bowlby, Mary Ainsworth and a few other people, then have participants attempt some mental gymnastics like try to imagine infinity, try to think without language, try to change their childhoods, try to shut off the chatter in their heads, try to NOT imagine Barack Obama standing on the White House lawn wearing the United States of America flag as boxer shorts... it slowly dawns on them that "the mind has a mind of its own," that they are flying on auto-pilot most of the time (fears, prejudices, reactions, assumptions, and expectations influence most of their decisions) and that many the thoughts that rise to consciousness may not be the most useful or interesting or help them get their emotional needs met.

Because there really are more things in heaven and earth, than are dreamt of in our philosophies. 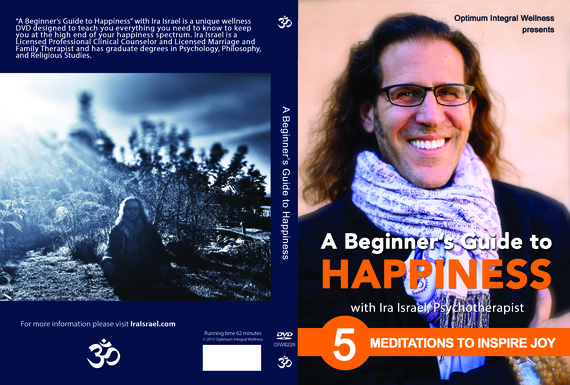 Psychology Happiness Love Relationships Authenticity
This Blogger's Books and Other Items from...

How to Survive Your Childhood Now That You're an Adult: A Path to Authenticity and Awakening
by Ira Israel