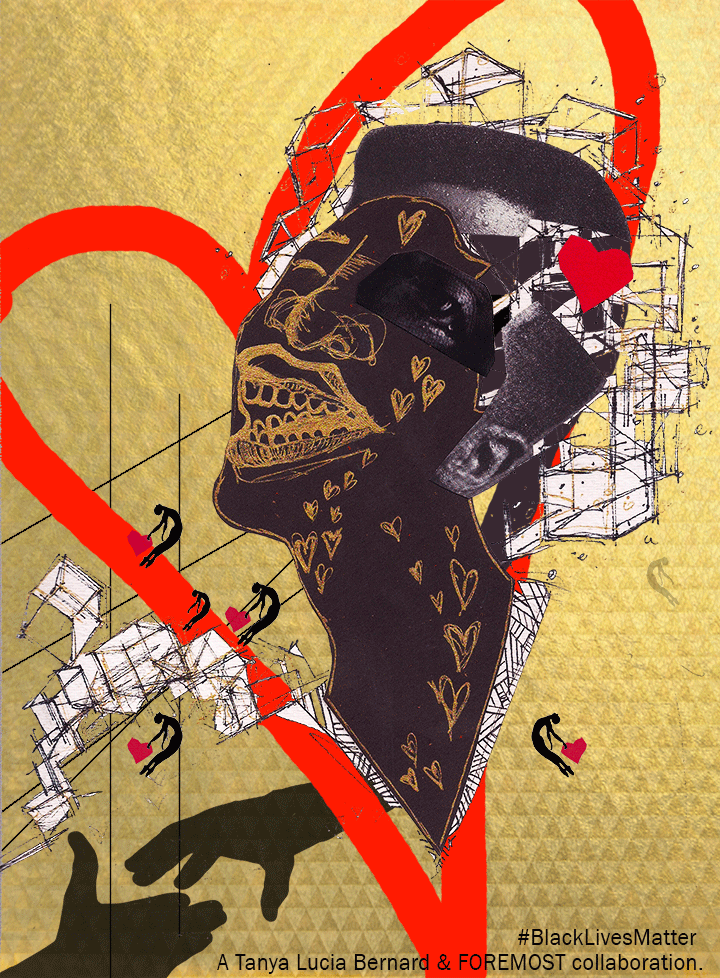 Not everyone who claims to love you actually does. But those who fail to love can learn to make good on their nonpayment.

When James Baldwin was laid to rest on December 6, 1987, Amiri Baraka eulogized him with the ardent hermeneutical brilliance of a black preacher. "He was all the way live, all the way conscious, turned all the way up, receiving and broadcasting..." Baraka expounded.

Those affectionate words -- offered in remembrance of a black gay writer from the mouth of an outspoken black philosopher, poet and a former every-now-and-then homophobe who might have elsewhere, in a different time and place, referenced another black (or white or Latino) gay man as a "faggot" -- were mighty. Before Baraka came to appreciate Baldwin's courage, Baraka maintained critiques of the writer whose trajectory was shaped by a vision of racial emancipation and wanderlust.

"In the fifties I did criticize Jimmy in some review, complaining in my infantile leftist mode that while Jimmy was playing the distressed aesthete in Europe, and moaning that instead of confronting the racial animal we should all try to love each other, my rejoinder was that we should get back to our real work: cutting throats," Baraka confessed in a PEN American Center tribute to Baldwin.

Loving one another, Baraka contended, was not the work.

Love was not considered the work because the "real work" looked like lacerated throats, like the larynx ripped from the necks of cowards and left dangling in defeat -- even the innards of our own people who, too, are gnawed apart, bloodied and left on public display, sometimes by other black people.

But Baraka's later insistence that his friend Jimmy's spirit was an "animating reality of our living consciousness and relationship to the world" signaled a shift in the way Baraka may have considered the force of love -- that illuminating energy that removes the barriers that otherwise separate us.

An encounter with the other is a direct contradiction to the ways we are socialized into black-on-black relationships. "Love is a battle," Baldwin wrote in Go Tell it On The Mountain (1953). Love is an encounter that is often ruthless. But it is an encounter, nonetheless. The consequences faced by those of us who live within a white supremacist, black demeaning society that values isolation are dire. Individualist access, acquisition, and care are esteemed higher value than black collective concern.

The free market-driven society in which we exist is founded on lovelessness unless the love comes in the form of our obsession with "things" and goods, but never each other (unless we, too, are brands). We forget what it means to love. To love one another. To love other black folk out of the recognition that our love is righteous and revolutionary. So we don't practice love.

Black lovelessness looks like people marching with fists raised as symbols of black collective liberation only to leave the march and return home as sexists, homophobes, or haters of niggas-who-rock-saggin-pants. It looks like black people sitting on mainstream media panels expected to expertly explicate the conditions of anti-black racism in this country and the same people refusing to love justly most of the black people they claim to represent.

Black heterosexual women loving black women until they discover they are queer is lovelessness.

Lovelessness is black able-bodied people rendering the struggles of the disabled or chronically ill null.

Here we have black intellectuals theorizing blackness and black subjectivities while sometimes loving the white academic institutions that employ them more than they love the black lives upon which their theories are mapped. This is lovelessness.

Alice Walker callously cut down by black cultural critics in early 80's after the publication of her novel, The Color Purple. Or Michael Dyson publicly eviscerating Cornel West in the New Republic after years of "friendship" because white mass-mediated spaces are for more amenable to reconciliation than the kitchen table. This is lovelessness. And while love is confrontation, it is not deceitful.

Some masters have claimed love for the enslaved black people they tortured. Some rapists claimed love for the victims whose lives and bodies they invaded. Some employer said he loved the person whose wages and labor he pillaged. Our country "loves" the idea of life and liberty and, yet, its military has tortured and killed innocent people across the globe. And our declaration of love as black people can be as bankrupt as the moral conscience of this democratic country.

In most instances, the word "love" can be likened to cold steel containers bereft of any substance, any residue. In other words, love might be present as a form but can be empty. Lovelessness is not love.

Black people will not survive under the conditions of lovelessnesss -- by threatening one another; by dragging one another on Twitter; by refusing another care; while making careers fueled by the ways we brutalize other black people; while loving capital and respect and access and fame and self more than we do material liberation of all -- in a market that is bolstered by black-on-black soul killing, amid a public generally amused, every time we annihilate one another.

Critique can be a manifestation of love, but critique is not the same as obliterating a soul. Maybe this is what Baldwin was getting at. Love is a war. Complex. Messy. Grey. But love was not evidenced in Eldridge Cleaver's belittling rant targeted at Baldwin in Cleaver's Soul on Ice (1968).

"It seems that many Negro homosexuals... are outraged and frustrated because in their sickness they are unable to have a baby by a white man," Cleaver wrote. "The cross they have to bear is that, already bending over and touching their toes for the white man, the fruit of their miscegenation is not the little half-white offspring of their dreams but an increase in the unwinding of their nerves - though they redouble their efforts and intake of the white man's sperm."

Imagine what it must have felt like when Baldwin read those words from a black leader who may have figured prominently as a site and source of love in Baldwin's freedom imaginary.

Love is a force that counters ideas of a type of self-preserving greed that allows multinational corporations to pilfer the labor force without any care for workers and their wellbeing. Monies are made off of investments in prisons, but private investments in prisons signals something more than desire to profit. It evidences a corrupt imagination and acquiescence in a market that sees vulnerable lives -- the lives of black, Latino, indigenous, queer, trans, women, disabled people -- as things, commodities, and not expressions of their humanity. We give people poisonous water, like the government in Flint because love is confused for bad inhumane policy. Love is not inhumanity. Yet, this is what we've been taught to believe in a neoliberal, capitalist society.

Neoliberalism is more than an economic and political philosophy and practice which shapes geopolitical and institutional relations. It is a failed gospel; yet, we model its principles even in circles of black radicals. We are altered into brands and personalities: names become products, representations become goods. And it is hard to escape the pull of the market and it is even more difficult limiting our complicity in ways of relating that harm us, but we can resist being bought. We must.

You are not my leader if you don't love me. But we don't love because some of us think love is apolitical.

Who and what are our teachers? What are the pedagogies that shape our ways of knowing and being? How does the spirit of the times evade our relationships to self, to others, to desires, to capital? Who lied to us? Love is political.

A black future built upon the stale foundation of egoism and animated by the toxic energy of anti-black, pro-capital times, makes not an emancipatory black-loving future. We cannot redeem a nation if we move about as mediums ushering in the distressed spirit haunting our pasts and presents. And if we fail to love another black person in our now, may we encounter the type of love that stops us from harming our people along the way.

"You knew, didn't you, how I needed your language and the mind that formed it? How I relied on your fierce courage to tame wildernesses for me? How strengthened I was by the certainty that came from knowing you would never hurt me?" Toni Morrison wrote of Baldwin in the

Senior correspondent at Mic and co-managing editor of The Feminist Wire.