Something we can do right now to combat pay inequality in the workplace is talk with our co-workers about our salaries. While Congress works to pass the Paycheck Fairness Act to address the multiple barriers to pay equality, knowing our rights could help us now.

A few things stand in the way of this seemingly simple task. It is still considered inappropriate to talk openly about money, especially in the workplace, where we could be making more than our colleague. In the fight for equal pay, studies show it is imperative that employees be able to compare salaries, especially if they are doing similar work and not paid the same. Knowing pay information gives us the bargaining power we need when negotiating salary. Beyond that, employers often tell employees they would be fired or reprimanded for speaking openly with others about their salaries. While this practice is common in the American workplace, it is actually illegal. 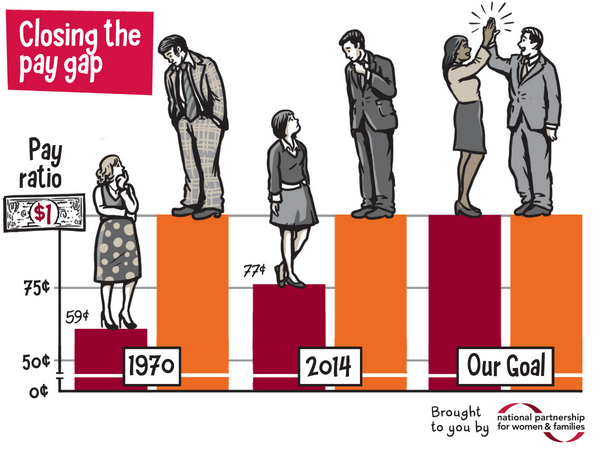 We all know the numbers, but they bear repeating. According to Equal Rights Advocates, the wage gap in my home state of California robs more than $33 billion each year from women working full-time. Black women make just 64 cents for every dollar earned by white men, and Latina employees claim just 44 cents. In fact, California has the biggest wage gap for Latinas in the country.

This is happening in a state with some of the strongest equal pay laws in the nation, which illustrates an important point about closing the wage gap: Progress is a three-step process. It's legislators' responsibility to pass strong laws, but it's up to employers to follow those laws and up to workers to know when their rights are being violated.

For example, the National Labor Relations Act of 1935 says workers have the right to talk about their pay, and it is illegal for employers to discourage or punish such openness. But according to the Institute for Women's Policy Research, more than half of female workers (51%) have been told not to discuss their salaries.

In California, and to a lesser extent at the federal level, elected officials are instituting policies that strengthen employees' rights in the workplace. 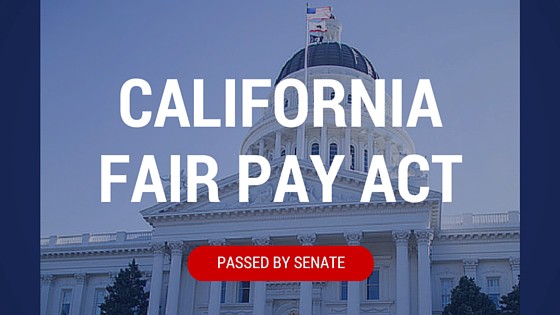 The California Fair Pay Act went into effect on Jan. 1. This legislation builds on existing policy by closing a loophole allowing companies to prohibit employees from discussing salaries if they work in different physical locations. Under the new law, any employees doing "substantially similar work" are free to discuss their pay without fear of retribution.

At the federal level, President Barack Obama issued Executive Order 13665, which reaffirms that federal contractors cannot punish an employee for disclosing or discussing pay with other employees and adds stronger enforcement mechanisms. An executive order does not carry the permanence of legislation, but it will meaningfully bolster workers' rights now since it went into effect Jan. 11, 2016.

These new policies are important advances for paycheck fairness, and I applaud the California Legislature and the president for putting them into place. However, new policies alone will not address the culture of secrecy and misinformation that allows wage gaps to continue in American companies. It's up to employers and employees to understand the laws and leverage them to introduce transparency and fairness into the workplace.

In this new year, I hope these new policies will empower workers to exercise their right to know whether they are being fairly compensated. Now, turn to your co-worker and ask them how much they make.