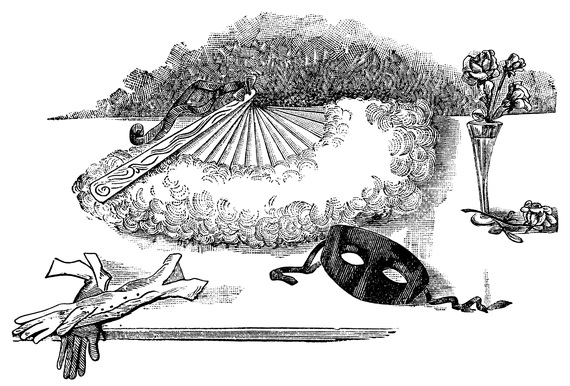 I want to start out this letter by saying, if I were to meet you in the street, I would call you my sister and give you a hug. Not because I pity you, but because you are a human being with feelings, emotions, successes and failures who is in pain. Like me, you have a laundry list of confusing feelings and struggles that pool into abysmal collections in the corners of your spirit, which drip down your face at night and become the secrets that your pillow keeps for you. If that pillow were not there, you and I, sister, might drown in that confusion until our breath is stolen by the ocean. I would call you my sister, not because you identify as black or white, but because you are my sister in humanity. I forgive you for having trouble finding your place in this world and feeling that you have to be something you are not in order to fit in and find community. I have found myself in that place before too. I forgive you because I believe that you never intended to hurt anyone. You just lived a lie that got out of control. The lesson in all of this is that any seed that is planted in soil that is full of lies will bear rancid fruit.

I would extend a hand of forgiveness to you for stealing my childhood and calling it your own. You anointed your head with the pain of my tender-headedness after hours of hair-braiding that I spent wedged between my mother's knees. Those torture sessions would end with my braids being decorated with plastic beads at the end, sealed with foil to preserve my ends. You took the click-clack of those beads hitting against one another as I ran, skipped and played and made it the soundtrack of your upbringing. I forgive you for ripping the taste of Callaloo, Titty Bread and Cod Fish with Fungi from my mouth and putting it into yours while plagiarizing the recipes of my grandmother's soul food across the chapters of your life story. I forgive you for taking the blood of my ancestors and applying it as warpaint across your face and chest in order to fight a battle within yourself. You stole the gift of my melanin, without any of the true burdens of the connotations associated with it, and used it as the blackface for your minstrel show. This, by far, is the most perplexing and epic blackface performance that I have ever seen. It will end with no standing ovation.

Rachel, you and I are alike in a lot of ways because we are both humans with frailties and complexities that we might never understand. What makes us different is that I do not have the privilege of removing the blackness from my face or my heart for the purposes of selective identity, which is something your whitness affords you. You are afforded the privilege of picking your struggle through a faux identity. I am not. I would not rebuke my blackness even if I was given the chance. That would mean leaving my ancestors to drown, as they cast themselves off of slave ships with hands bound, in vain. Although you have been engulfed in black culture for a decade or two, you cannot appropriate my identity. I am Black Culture. People say that imitation is the highest form of flattery... until they are a victim of identity theft. 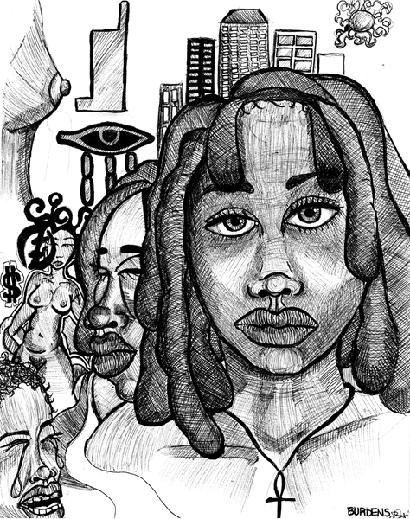 A few days after your story broke, I found myself on a Facebook thread where a white woman began mocking your hair, saying that you looked like you stuck your finger in an electrical socket and that you looked like Side Show Bob. I defended your beautiful hair. These same things have been said to me to make me feel inferior. I found myself defending your hair and reminding this woman that she was mocking a person who has hair that looks exactly like most of the black women I know. I defended your hair because in actuality, it was just like mine. This woman dismissed my assertions that she was not mocking your hairstyle, but a skillfully executed appropriation of ours. She will never understand how it feels to become a petting zoo for curious folks with wily hands that make you do Matrix moves in order to keep them out of your afro. She will never understand the hours spent to tame, and oftentimes alter, the beautiful wildness of our hair in order to not be mocked or told that somehow, our hair intrinsically looks like a cartoon character, or someone who has been electrocuted.

By carrying on this charade, you have discredited the integrity of the NAACP and have marred the legacy of the good work that you have done in the name of bettering humanity. No matter what your history or biology was, I would have stood by you, hand in hand, as we marched together against systematic injustice as allies. Everything you did as a black woman, you could have done as a white woman. You must never underestimate our need for white allies who are passionate about dismantling the meat grinder of white supremacy. We need you to be you and not someone who parrots our stories while gift-wrapping them in deception. Part of being black is knowing that it is not the color of our skin or the nappiness of our hair that defines us, even though it greatly impacts how we navigate through this world. Our blackness is defined by our collective history and experience, which for us is inescapable. My blackness cannot be found in the Craigslist "free" section. My blackness was given to me through the great black dynasties that gave the world the gift of civilization and through the theft of my ancestors. My way was paved through their shackling, enslavement and dehumanization. It was paid for through the castration of my forefathers and the rape of my foremothers. It was paid in full on auction blocks and with hands, blistering and foul from picking cotton and tilling the soil. My soul food is the leftover slop that was thrown from the rubbish pails of our oppressors. My blackness has been given as a precious gift that symbolizes my people's victories and defeats, and it is not for sale. My struggles are not to be exploited by people to script their personal minstrel shows.

I'm not mad at you for being confused. I'm an individual that believes that everyone has the right to live as the most authentic version of whomever they are, however, authenticity and deception cannot reside in the same space. I stopped relaxing my hair in 1998 as a way of emancipating myself and my unruly edges from a culture that says I need to chemically alter, perm, straighten, mute and erase my blackness away to be accepted. I was told by a co-worker last year that I don't "act like a black person." My follow-up question to that was: What defines my blackness? Should I come into work equipped with a blunt, a 40 ounce, speaking Ebonics, with a dozen welfare babies swinging from my teats, wondering who their daddies are, and a big, over-sexualized ass to be twerked and shaken for your entertainment in order for you to recognize my blackness? Being black is not synonymous with ignorance and classlessness, just as the black experience cannot be replicated by imitating hairstyles and weaving webs of lies and tomfoolery.

I love you as my sister in humanity, Rachel. I love you as a beautiful white woman who has been an active participant in our culture, and has fought tirelessly for our people -- for all people. I love you as an ally. And I forgive you for the frailties of your humanity, in which I can see my own reflection. But in order for us to walk forward as sisters in justice and the truth, I will need you to remove your blackface -- and let the sun hit your face for the first time in years. I will need you to throw away your tap shoes and stop the masquerade so that you can walk with me, as sisters, in the light of the truth.

You can be my sister without the the mask. You may share in my culture, but you cannot take my identity. That is my birthright paid for by the blood of those who have come before me.