That wasn't always the case. In March, the Illinois Supreme Court struck down one of the nation's harshest eavesdropping laws -- a statute responsible for the arrest and prosecution of ordinary citizens just trying to hold law enforcement and public officials accountable. The Supreme Court rightly called the law overbroad and a violation of the First Amendment.

As a result, Illinois became the Wild West of eavesdropping, with no prohibitions in place. That's great if you're interested in recording a political rally or an altercation between a cop and a suspect. But it's terrible if someone secretly records your phone conversation and ruins your reputation by posting it online.

Since the court decision, Representative Elaine Nekritz and I have been working on a new law that draws a line between these two types of situations, making sure the former is legal and the latter is not. There's nothing new about this distinction; for decades, the U.S. Supreme Court and federal law have recognized that in some cases (a phone call, a chat with a friend in your living room), people have a reasonable expectation of privacy, and in some cases (a loud argument on the sidewalk), they don't. 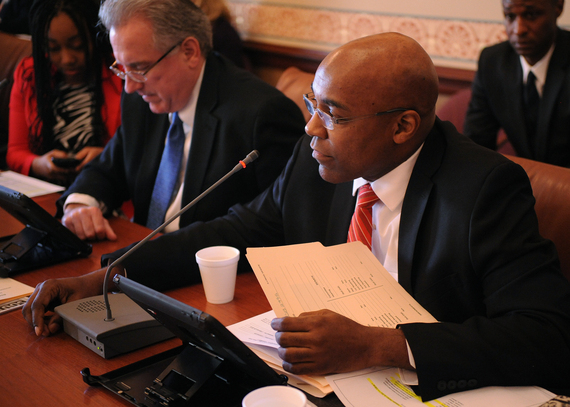 Recently, a federal appeals court clarified in ACLU v. Alvarez that law enforcement officers cannot reasonably expect that their interactions with members of the public -- conducted in the course of their public duties -- will be considered private. The language in our legislation was carefully chosen to be consistent with this opinion so as to prohibit recording or eavesdropping on police officers only when they do have a reasonable expectation of privacy. That exception is necessary because bugging a squad car or listening in on a phone conversation at police headquarters could compromise an investigation or put people at risk -- for example, if an officer were talking on the phone with a complaining witness wishing to remain anonymous.

After legislators publicly debated our proposal in the spring, we listened to critics and made changes; a tweaked version passed this month and will become law if signed by the governor.

We can improve accountability even further by laying the legal framework for officers to record themselves using body cameras. Several communities where officers wear cameras have seen significant reductions in the use of force and the number of complaints against police, and many towns and cities in Illinois are interested in using this technology to improve the relationship between law enforcement and the public at a time when this is sorely needed. Rep. Nekritz and I are crafting legislation that will allow them to take this step.

Throughout my career, I've pushed for robust oversight of law enforcement. I sponsored the legislation that created the Illinois Torture Inquiry and Relief Commission to bring to light the truth about torture perpetrated under ex-Chicago Chief of Police Jon Burge. Whenever citizens expose police misconduct or excessive force, our society gets a little closer to living up to its ideals.

That's why it's so important to me to explain that the legislation I sponsored greatly expands the public's right to record police officers as they go about their duties. Those who claim the proposal bans such recordings are simply wrong.

By all means, exercise your right to record. Keep the cameras rolling. Our democracy depends on it.