Remember that time a group of black women stood in the middle of New York City's Union Square holding signs inviting people to touch their hair? Yup, that really happened.

This past summer, Antonia Opiah, founder of the blog Un'ruly, organized a public art exhibition entitled "You Can Touch My Hair" in order to explore the "tactile fascination" with black women's hair. The two-day social experiment resulted in a wide spectrum of opinions, heated debate and ultimately a short film documenting it all.

That film, which was presented by Un-Ruly in partnership with Pantene Pro-V, premiered Sunday night on YouTube after a private screening for the press last week. In addition, Opiah was joined by image activist Michaela Angela Davis, one of the "You Can Touch My Hair" exhibition models Autumn McHugh and filmmaker Safiya Songhai for a lively panel discussion with the audience following the screening.

Check out the full "You Can Touch My Hair" short film and a clip from the panel discussion in the videos below. And don't forget to let us know what you think about the issue in the comments section.

PHOTO GALLERY
Un-Ruly "You Can Touch My Hair" Exhibition 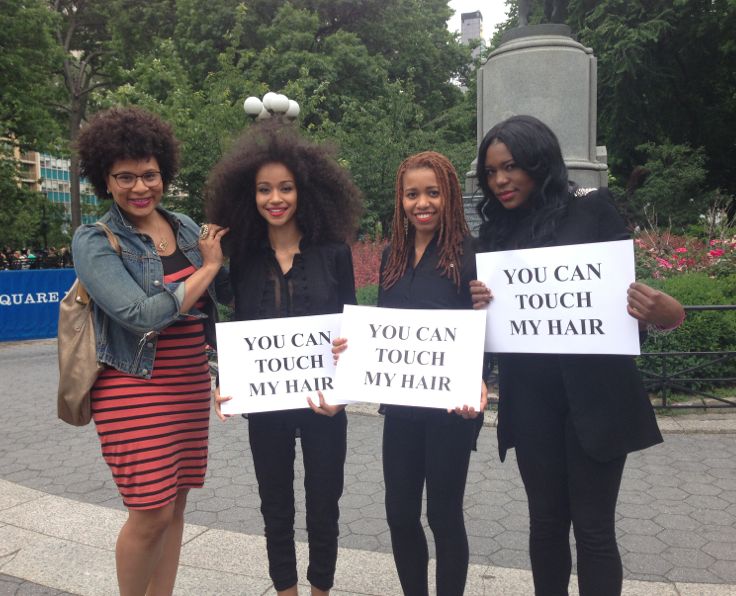