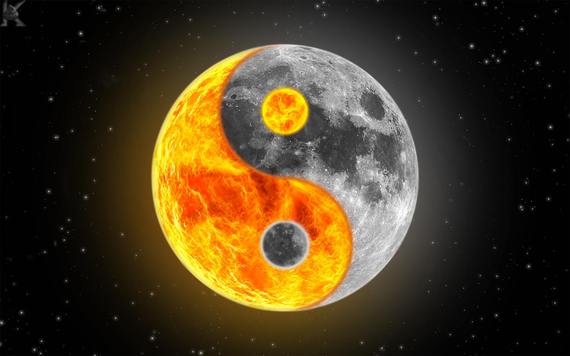 "The heart has reasons that reason knows nothing about." -- Pascal

When you are too emotional, you don't want to do what you know is best. Think of times you've succumbed to temptation and, against your better judgment, ate the cookie, had the drink, smoked the cigarette.

When you are too emotional, you don't want to use the techniques you know will make things better. Good intentions go out the window -- and so do the concepts and tools of the last 60 posts.

That's what makes this material simple, yet difficult. And what makes so many smart people act dumb. Intellectual understanding is worthless if your emotions block you from using it.

Repression is much easier that integration. It's tempting to suppress your emotions in the hopes that you can act with cool rationality. But there is no rationality without "emotionality".

The Heart of Reason

You may believe emotions stand in opposition to rational thought, but scientific evidence suggests the opposite is true. It is impossible to be rational without being emotional. While emotions can overwhelm rationality, rationality cannot exist without emotions.

The neurobiologist Francisco Damasio points out that rationality depends upon a deeper system of regulation that consists largely of emotions and feelings. Emotion can disrupt reasoning in certain circumstances, but without emotion there is no reasoning at all. "Traditional cognitive models don't understand that reduction in emotion may constitute an equally important source of irrational behavior," Damasio claims.

Damasio had a patient named Elliot who was a successful businessman. Elliot was diagnosed with a small brain tumor. During the operation, the neurosurgeon removed the tumor but accidentally cut the connection between the frontal lobe (center for thought) and the cerebral amygdala (center for emotions). When he recovered, Elliot had changed. When Elliot recalled tragedies of his life, he spoke with a coldness and detachment incompatible with the severity of the events. He spoke as if he was a spectator instead of a participant. Damasio concluded that the operation had separated Elliot from his emotions. He could think, but he couldn't feel.

Elliot retained his intelligence, but he had become completely inept at his work. Without his emotions, he couldn't make any decisions. Damasio asked Elliot to pick a time for the next interview. Elliot responded with a long explanation about the pros and cons of various times, but couldn't choose one. He simply didn't have a preference. The rational center of the mind can generate a series of alternatives and arguments, but decisions require an additional faculty. The mind needs to evaluate the emotional weight of each option and choose by way of feeling.

Unconscious feeling, on the other hand, can overwhelm your decision process. Appropriate decisions require a state of relaxed awareness, a state is difficult to attain without training in mindfulness.

11.1 You Can't Be Rational If You Are Not Emotional from Fred Kofman
Should you have any trouble viewing the video please click here to view on Fred's slideshare page.

Readers: Are there situations where you can recognize your rationality related to your emotions?