What's the rudest thing a wedding guest can do to disrespect the bride and groom?

While the possible answers to that question are limitless, my blog was inspired by my current and former clients, and their recent comments on a Facebook post about a bride and groom who sent invoices for their dinners to guests who RSVP'd that they would attend their wedding, but then failed to show up. In fact, the story got international exposure with people worldwide expressing dismay at how tacky the wedding couple were to send a bill to wedding guests. This is certainly not the first time I've heard of this happening, but it never fails to make me both laugh and cringe at the same time.

It's not just about weddings. People are annoyed about the rudeness of invited guests at all sorts of events. Parents are not teaching their children well.

Early this year in London, parents sent their child to school with an envelope to give to another child to take home to his parents. Inside the envelope, a bill for their child no-showing at the other child's birthday party the prior week. After his parents had accepted the invitation. Again, that story got international coverage. In general, people were outraged about the bill, especially because it was sent via school. But it did open up a lot of discussion about the lack of civility in society nowadays.

Truth be told, my initial reaction to these stories was not, in fact, outrage. But rather I thought it was funny. Wholly inappropriate, tacky, rude, tasteless and crass - but ridiculous as hell! Find me a couple who had no-shows at their wedding who wasn't irate about it after they did the math and saw how much money was wasted. It's beyond aggravating. Anyone who has ever hosted a catered event has felt this frustration. I would never advise my clients to do something tacky like send an invoice, nor was I rude to the guests who did the same thing at my wedding.

To this day, I remember EXACTLY who no-showed to my hometown wedding reception at the National Press Club in Washington, DC, many years ago. The reception ran approximately $150 per person and I had at least 15 people out of 289 who no-showed after sending in an RSVP card confirming they would attend. Most had totally legitimate excuses - my new husband was a police captain and our reception was on September 11, 2004, so a few guys had to work at the last minute. But by and large, the people who no-showed were just plain rude. When you add it up with taxes and gratuities, I basically wasted about $2,000 on guests who committed to attend our reception and did not. Thing is, with the exception of some police officers who had to work, none of the no-shows bothered to send a message or apologize later.

There is no doubt that it is terribly rude to accept a wedding invitation and fail to show up, but the question people are debating is whether it's appropriate to send a bill to a no-show to call them out on their rudeness. I would say no, don't do it. Under my unofficial, self-appointed title as "Queen of Wediquette," I must tell you that no matter how rude your wedding guests are, it's never okay to fire back at them with your own dose of poor manners. Giving "tit for tat" only makes you look bad. It's okay to feel offended, and even angry. It's okay to reassess your friendship with the offending party. But it's not alright to stoop to their level and send them a bill for the dinner they missed at your wedding. 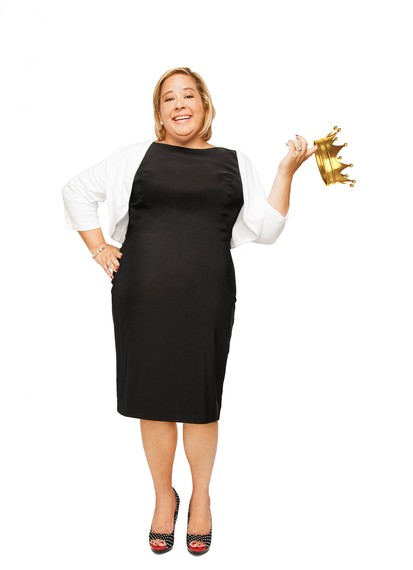 The social media post about this matter inspired even more conversation on similar topics. Would it be okay to send a bill for dinner to wedding guests who brought uninvited children along, costing the bride and groom additional money? No, it would not. It would be funny, but it would be very rude. Same goes for guests who never RSVP'd in any way but then showed up, unexpected, for the wedding. You have to suck it up and feed them, regardless of the additional costs from your irritated vendors. You cannot punish somebody for being rude by being even more inappropriate yourself.

While doing something snarky may give you a few minutes of feeling vindicated, at some level, it's going to come to haunt you. They're certainly going to tell people what you've done. And not everybody will agree with it because, of course, it was rude of you to send a bill. They won't focus on the rudeness of the no-shows. The bride and groom are supposed to be gracious hosts and hostesses, regardless of the situation.

We are living in a world now where not everybody was taught proper manners growing up. Not everyone knows the significance of a wedding RSVP, although they should. Lots of people don't even write decent thank you notes for thoughtful gifts anymore, and some brides and grooms send thank you notes to their guests via email. The disregard for basic etiquette definitely goes both ways.

You cannot teach your friends good manners in the context of your wedding. This is not some pay-to-attend event for which you purchased tickets at their request. You INVITED them to a party in your own honor, essentially, if you want to break it down to brass tacks. They accepted your invitation and failed to show, demonstrating a general lack of respect for you and your new spouse. True, you have a right to be frustrated or even angry that they wasted your money and left you with two empty seats at a table, but on a deeper level, you should be hurt that they cared so little for the importance of your big day. Getting even - with words or an invoice - will only sour things in your relationship to the point of no return.

Rise above any inappropriate or rude behavior of your guests, keep smiling, and be the gracious guests of honor that you wanted to be when you planned your wedding. Never let somebody else's rudeness bring you down on your big day. Those aren't the memories you want to have when you think back on your wedding years later.

More:
mannersweddingsthank you noteswedding no showwedding rsvp
Newsletter Sign Up
The Morning Email
Wake up to the day's most important news.
Successfully Subscribed!
Realness delivered to your inbox