You do not have to be good.
You do not have to walk on your knees
For a hundred miles through the desert, repenting.
You only have to let the soft animal of your body
love what it loves.
Tell me about your despair, yours, and I will tell you mine.
Meanwhile the world goes on.

I'm starting with poetry to give you the impression that I am deep and intellectual. You caught me!

One night, my toddler son took a header off the couch. I was standing in the kitchen licking the wooden spoon after stirring his Annie's Mac & Trees (culinary brag). He was standing on the couch, which is not okay, because couches are for our butts.

"Dude!" I yelled, "Sit down! That's dangerous!" And in achingly slow motion, he teetered over the arm of the couch, landing square on the top of his head as his body flipped over onto the hardwood floor.

In the moments and hours that followed, he shed a few tears and then asked for some grapes. He refused an ice pack until I told him he could watch cartoons as long as he let his cousin hold the cold pack to his noggin. He ate dinner. He told me jokes. He brushed his teeth and kissed me and said, "OH I LOVE YOU SO MUCH!"

In those same moments, while I was calling the nurse line and checking his pupils for the fiftieth time, I felt two things I'd been hiding from myself bubbling to the surface.

It was two parts fear to one part anger, shaken and poured over the icy remains of my heart.

Since my husband died a few months earlier, I'd only heard about how well I'm doing. And sure, I was doing reasonably well in that most days I was somewhat showered and I contributed somewhat to society and I had not stuffed pillows into my dead husband's clothes and forced them to snuggle with me at night but only because he was very slim and my pillows won't fit in his cardigans.

But even though we saw his death -- from cancer, ICYMI -- coming for years (three, to be exact), it didn't hurt any less when it made impact.

"It was two parts fear to one part anger, shaken and poured over the icy remains of my heart."

I can't be mad at my husband for dying (I've tried, but it's ineffective). I can't even really be mad at cancer. Cancer doesn't give a fuck how I feel. But I am angry. I'm angry that when my son lands head first on the hardwood, I don't have his father to verify that our son is in fact okay. It makes me mad (and sad) that my list of friends from our married life together has only the smallest venn diagram with my current list of friends. It makes me mad when people I'm meeting with my son for the first time look for a ring on my finger, ever so subtly.

After my son bounced onto the living room floor like a crash test dummy, I hesitated to pick him up. I knew from my lifeguarding days like 100 years ago that you should never move a person with a potential spinal injury. But he jumped into my arms and I said the first thing that came to my head:

"If anything happened to you, I would die."

I meant it. I would fucking die.

It had been nine months since my husband died. And those feelings surprised me. Shouldn't I just be sad? I don't know, I'm a dummy. Most days, I am a happy and grateful person. There is nothing good that comes of comparing your life or hardships to anyone else's, but it's hard not to do, and when I size up my pain to the rest of the world, I barely see it register on the tragedy scale.

I've been afraid from the beginning that I have made this look easy, the way Aaron made having cancer look easy. So easy that lots of people I felt should have known better were able to think that he wasn't even really sick, and seemed shocked when a Grade IV recurrent brain tumor ended up killing him after years of chemo and radiation and wasting away.

But people don't want to look at the hard things. And that goes for me, too. Angry and afraid are unattractive things to be. I don't particularly enjoy them in other people, and I've spent a lifetime trying to be brave and likable. Fear and anger are itchy and uncomfortable, and I have treated them like something I could avoid. Like they were just a shitty acrylic sweater I could choose not to wear. 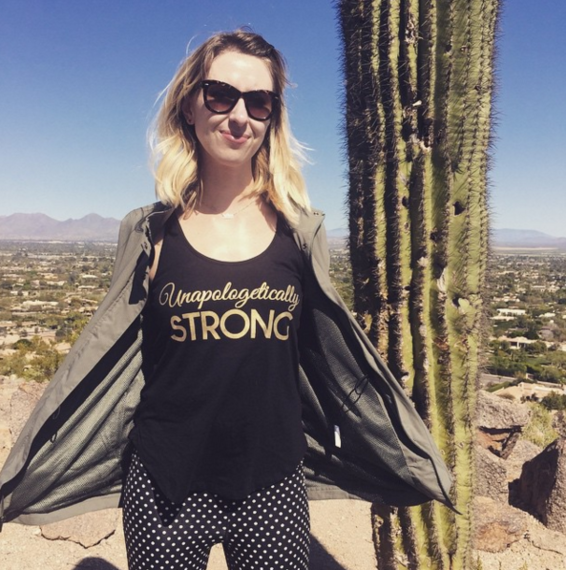 My default mode is capable. I can work and put on lipstick and go to brunch and smile and laugh and raise my son on my own. But that doesn't make it easy. And doing all of those things were as much for other people as they were for me. I was not something for other people to worry over, and because of that, I was being an unwitting example of how to be a good widow.

Making it look easy is a mistake. It creates a dangerous mythology about tragedy, that it can be gotten through if you just grin and bear it, that sharing a Facebook status with some grainy meme that says MOST PEOPLE WON'T SHARE THIS TO SUPPORT CANCER SURVIVORS BUT I WILL BECAUSE GRRRR CANCER IS BAD I HATE IT actually does something.

Hard things are hard, and while they can someday teach you a lesson or make you a stronger person, they are entirely capable of just beating the everloving shit out of you and leaving you emotionally dead and physically exhausted.

But there's a not a meme for that.

A surprising benefit of losing your husband in a public way (aka on the Internet) is that you become a lighthouse for other young widows, who pop up in your inbox and your DMs to let you know that they are lost in the darkness. They don't know what to do with their wedding ring or their last name, they don't know why they are so angry, and they want to be better.

They want to be positive and happy. You know, like me. 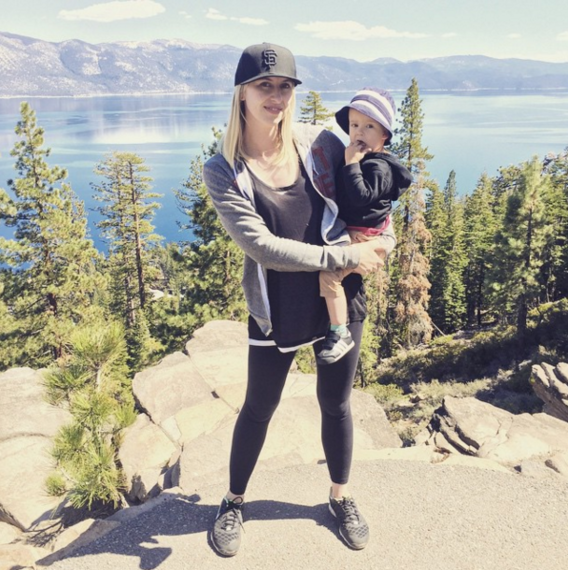 Fun fact: On this trip, I was considering keeping a list of everyone who had wronged me since Aaron's death. FUN AND HEALTHY!

It's not something that typically fits in an Instagram post, but I am shoulder deep in the anger phase of grief. Acceptance has stopped by a time or two but peaced out when I pulled out my list of People Who Have Looked At Me Crosseyed During Aaron's Sickness or Death, like, "hey Nora, you seem pretty busy, I'll just try you another time, k?"

I don't talk about this phase a lot because iccccckkkkk it feels so gross! Have you ever been angry? It doesn't do anything for you! It's like having a little rotten core hiding in an otherwise perfectly beautiful apple. It's like when you order a Coke at McDonald's and you take a sip and you're like, WHAT IS THIS and it's Sprite instead.

"It is not your job to make your life more palatable for other people."

The cure for grief is not "be not sad" and the cure for anger isn't "be unangry!" It's feeling all of the things, even the uncomfortable ones, without judging yourself for them.

Your job, when bad shit happens, is to get through it however you can. It is not your job to make your life more palatable for other people.

The world will go on, despite your despair. And you know what that is? LIFE. And like our gym teachers told us when we got pegged in the face with a kickball, life is unfair.

What our gym teachers did not tell us is that it's totally okay if you fucking hate that and want to just scream cry in your car sometimes! It's okay if sometimes you hate your friends for having things you don't have anymore, and then you hate yourself for hating perfectly nice people who love you, just because their husbands are alive! That's okay!

But you do not have to be good.

Nora McInerny Purmort is the widow of Spider-Man (Aaron Purmort), mother of #Ralphiegrams and founder of Still Kickin. Nora is the writer behind My Husband's Tumor, a blog that chronicled her husband's diagnosis with Stage IV Brain Cancer. Her first book, It's Okay To Laugh (Crying's Cool Too), will be published by Dey Sreet (HarperCollins) in May 2016.