If America is going to embrace its Muslim community, it needs to go beyond categories, beyond groups  -- beyond stereotypes.

The first blow came as a surprise, though it shouldn't have. It was the height of the Tehran hostage crisis, where 52 Americans were held hostage for 444 days between 1979 and 1981. I never wore a hijab to my almost-entirely-white middle school in Cupertino, California, but surely the kids in the neighborhood had seen me on the weekends when I went to Islamic school to learn Arabic and read the Quran in a traditional shalwar kameez outfit, my head covered. 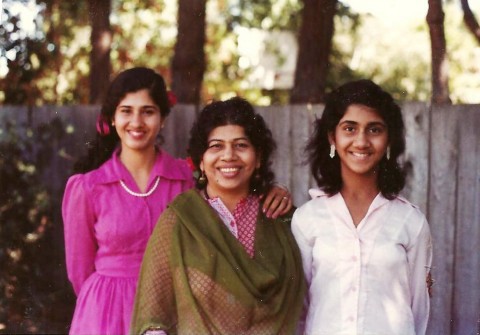 Me, my sister and mother, after the Tehran hostage situation came to an end.

It had been an ordinary day; I had gotten on the bus at my middle school, which was already loaded with kids from the nearby high school. Three boys -- probably sophomores or juniors -- followed me when I got off at my stop. I was near a big bush when they hit me with a rock to disorient me, pulled me out of view and then proceeded to punch, hit, and kick me until they were satisfied.

As they called me Iranian with hate in their voices, I remember wondering: Would it change anything if they knew I was actually from India? That I didn't like learning Arabic? (Or, if we could see into the future, know that I'd later convert to Christianity?) Likely not.

Because they were not aware of me; they didn't see the individual that I am.

I curled into a ball, simply waiting it out, knowing I had no power to change this outcome. Afterwards, I limped the short distance home with bruises all over my body, my clothes torn, my face, and hair covered in cobwebs and soil. I didn't feel sorry for myself. I just worked to cover it up. I showered, then washed, and stitched my torn clothes. I didn't want my mother, who worked nights and double shifts at the hospital to ensure we had clean and neat clothes, to see what had happened. Then I continued with my daily routine: starting dinner and doing my homework.

I didn't say a thing to anyone. How would that make anything better?

I'm sharing my story not because I want you to feel sorry for me, but to ask us to painfully wonder how commonplace this ugly reflex has become, in the years since 9/11 and the months since the Paris attacks. Whatever headlines there are, I suspect that like mine, the vast majority of incidents go unreported.

"This is normal", some will say. "We're tribal by nature", they'll argue. It's our heritage to live out the "us" vs. "them" in response to threats. To be sure, tribalism is deeply rooted in human beings and has served humankind to align against invaders from "over there" and fight for one's own.
But we're not in a feudal society anymore. And we're not a homogenous one, given that 38 percent of the country is non-white.

"But we're not in a feudal society anymore. And we're not a homogenous one, given that 38 percent of the country is non-white."

There was a time when slavery was considered normal, and women were considered property. But that's no longer held as true. Today, we ask more of ourselves. We ask more of each other, and for each other. So, to those who argue that it's natural, let's counter-argue: We've worked decades and decades in protecting, appreciating, and reveling in our increasingly diverse nationhood. It's well past time for this kind of response. It just makes no sense any more.

My friends who found out my story asked: Is there anything we can do today for girls like you? And I said, get to know them. Not as a member of a group, but as the person. When Timothy McVeigh killed 168 people -- including 19 children -- in Oklahoma City, Americans didn't decide to attack white people in revenge. Each person was seen distinctly enough to not draw wrong-headed conclusions.

When you see someone only by a group, and not as a person, you miss something truly important: the human being. 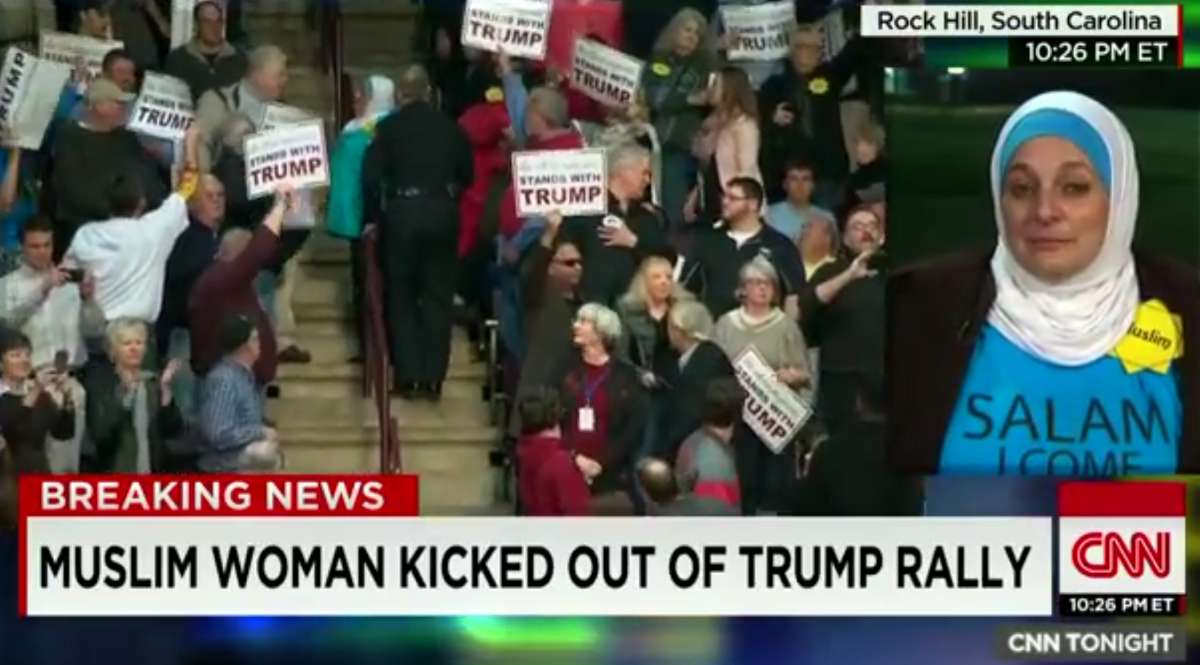 During a Trump rally last month, a Muslim woman was ejected. She said, "You don't even know me." If they did, they would have realized they had nothing to fear. And, if you're thinking to yourself -- well, those Trump rally people are a little nuts and I would never do something like that -- let me point out this kind of grouping happens all the time.

We do it when we tell a 15-year-old innovator is told he's "too young" to come up with a health care breakthrough, even though he has. Or when we tell an entrepreneur that her female-market startup serves "a niche" though women represent 52 percent of the population and 80 percent of purchasing power. Same goes for products that serve people of color, who are a majority of the world.

"When society uses groups or stereotypes to sort, it discards the very thing that creates value. It's a lazy man's approach to thinking ... This laziness denies the very best thing each of us have to offer: ourselves."

These are just examples from my own domain, innovation, that illustrate how pervasive the group framework is. In meetings, it's the admin who doesn't have the degree her colleagues have who is silenced. In offsites, it's the product manager who is encouraged to have her boss speak for her rather than to speak for herself. Sorting by group, quite simply, filters out valuable ideas.

And this costs us all, whatever our age, our gender, our place of birth, our title, our rank, our lack of resources, those who feel voiceless, and even those of us who have previously been powerless have something to offer. And so we ought to fight for solution that serves us all.

The truth is that each of us is an individual. Each of us stands in a spot in the world only they stand in. I call this onlyness: It's a function of one's history and experiences, visions and hopes. And from that spot come fresh perspectives, new insights, and even groundbreaking ideas. It's the unique and original that fuels our souls, and our economy.

So, when society uses groups or stereotypes to sort, it discards the very thing that creates value. It's a lazy man's approach to thinking. Or, maybe it's not thinking at all. This laziness denies the very best thing each of us have to offer: ourselves.

It's been a quarter of a century since that hijab-tearing moment for me. And more than past time to see people as the individuals that they are.