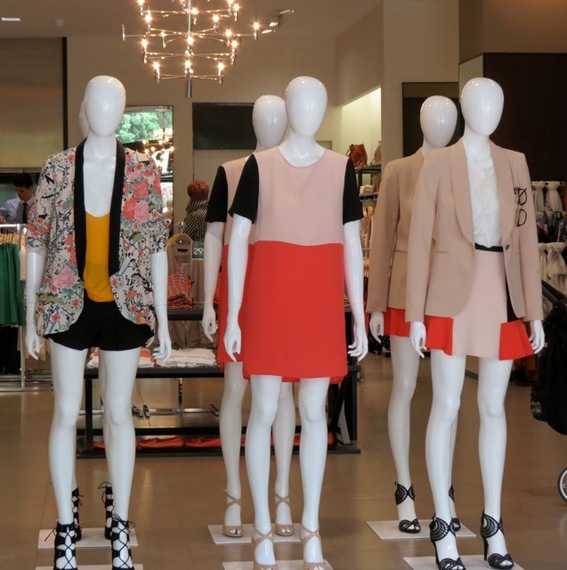 I've finally reached the point where I've given up being a "success." Shocking huh? For most of us that statement sounds scandalous because we've been conditioned to think that our happiness and fulfillment demands it. Yet it is very possible that success is just another one of those things that many of us waste much of our lives pursuing, without being fully aware of what it really means. And like Lily Tomlin says, "The trouble with the rat race is that even if you win, you're still a rat." With that in mind, maybe it's time to stop striving for success at anything -- except for being the best "me" each of us can be.

My questions about success started when I heard an interview with an entrepreneurial hedge fund manager, book author and speaker I'll call Alex. In the interview, Alex began by sharing that he was taking three months off from his extremely busy life to spend time in Aspen writing a book. While he and his wife usually spent a month or so every summer at his second home in Hawaii, or other exotic locations around the world like Paris or Tuscany, this time he and his wife were attempting something new by living for 90 days in one special location as an experiment in creativity. Without saying it at all, Alex let it be known that he was clearly a jet-setting successful man with abundant resources and plentiful options at his disposal. Not only did he sound like a nice guy, I couldn't help feeling a bit envious of his lifestyle.

The thing is, as the conversation continued, he started sharing other aspects of his life that didn't sound that great. For one thing, he explained that sometimes he and his wife hardly saw one another and that they eventually had to schedule a monthly date night in order to spend any time together at all. He went on to say that he scheduled so many meetings and traveled so much that he only managed 4-5 hours of sleep a night. So when he eventually arrived in Aspen, he slept for about 12 hours straight every night for the first week. Apparently he had no idea how tired he was. By the end of the interview I started feeling sorry for him and the sacrifices he routinely made, rather than holding even the tiniest bit of envy. By a certain standard, he may certainly be very successful with his books, his business, and his bank account. But I wouldn't trade my life for his for anything.

In many ways it also goes back to an article I wrote about trade-offs. Each and every day we are all faced with choices and tradeoffs that eventually create our lives. As Alex talked, I could see many of choices that his trade-offs had required. Eventually it boiled down to the fact that he valued things that I was unwilling to sacrifice to live life -- and vise versa I'm sure. Yet I would be less than honest if I didn't admit that when he first started talking about his success it sounded pretty darn desirable.

I think a big part of the problem is that most of us constantly compare ourselves and our lives to each other. Although comparison can be useful when it comes to making choices and setting priorities, if we aren't careful, it can sneak up on us and cause us to make decisions to please others rather than ourselves. Plus, we also use the "success" comparison to measure what we consider to be valuable in us. That innate and unconscious competition of comparison then shows up in just about everything we do, unless we can stop and remember what's really going on.

So it seems pretty obvious that a good solution would be to stop comparing ourselves to others and we'd all be fine. Unfortunately, I think our unconscious envy of success goes much deeper than that. Don't believe me? Can you remember a time when any parent you know told their child that it didn't matter if they finished school -- as long as they were happy? And meant it? Or how would you think if your spouse suddenly came home from his/her job and told you they were quitting to become a graffiti artist? Ever thought, "Get a job," when you see a homeless person? I think our ideas of success and survival are so intertwined that we are constantly worried that the only way to be safe is to constantly strive for more and more success. And even if we manage to achieve some success -- as soon as we hit one level -- another level usually pops up that needs to be achieved just to be okay.

Of course some of you might find it hard to imagine equating success with survival. Perhaps when you are young you can put comparison and unconscious striving for success away and work on being true to yourself. But I think as we age it's normal to start identifying yourself with your education, your age, your family, your job, your skills, and what you do or do not own. The stronger you identify with those labels, the easier it is to be lured by our culture's concept of success and how you compare against it. Perhaps most of our ideas about success are judgments that tell us whether we feel worthy, safe or okay according to the world's conditions.

I don't know about you, but I really don't want to live my life based upon the world's standards. That's why I decided what I really needed to hear was "I don't need to be a success!" And what I'm equally convinced of is that you don't need to be a success either -- and neither do your kids, your parents, your friends or anyone else. What we need instead is the permission to be true to ourselves. Of course in order to do that well it takes courage, awareness, and trust in ourselves and the Universe as we know it. Then when we start to value the unique and special aspects of each of us exactly as we are, rather than how we compare to one another, we'll begin to know we are free of the need to be successful on anyone else's terms.

But let me be clear -- I'm not anti-success. I just want to stop judging myself and my contribution to the world based upon what others think and instead work to create the kind of life I believe fits my purpose. And chances are good that the more I give myself permission to live the life I feel called to live, the better I'll be able to let others do the same. So starting right now, let's all claim permission to not be a success.

Kathy Gottberg believes in living healthy, authentic, fearless and SMART. This post originally appeared on her blog with a number of related comments. For more on this topic go to SMART Living 365.