A New Model
During the twentieth century, if you wanted to save the world chances are you sought to emulate Gandhi, Nelson Mandela, Martin Luther King or any number of tremendous individuals whose fight for justice was characterized by self-abnegation and spiritual rigor. To some extent, that was because the average person lacked the requisite tools to reach the whole world with her ideas. But with the proliferation of computers, the internet, and information technology, a new model has emerged that dramatically lowers the barriers to entry to saving the world and, to put it simply, makes doing so more fun. What's more, not only is the old model outdated, it sets a high bar that keeps out the very creative thinkers that can solve 21st century problems. 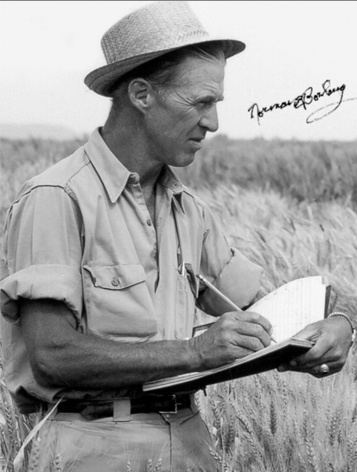 Whom Should We Admire?
In a recent NY Times article titled 'The Moral Instinct,' Steven Pinker posed the following question: "Which of the following people would you say is the most admirable: Mother Teresa, Bill Gates or Norman Borlaug?" He went on to point out that while most would lionize Mother Teresa, demonize Bill Gates and ask 'Who is Norman Borlaug?', if one looks at what each of them accomplished, the answer is quite different. Dr. Borlaug, father of the so-called Green Revolution (for which he received a nobel peace prize in 1970), is credited with having done more to abate world hunger than anyone in history. Bill Gates, through his Bill and Melinda Gates Foundation, is at the forefront of dealing with the world's deadliest, yet most treatable, diseases. Mother Theresa, on the other hand, "offered plenty of prayer but harsh conditions, few analgesics and dangerously primitive medical care."

Innovation Trumps Saintliness
What Dr. Borlaug and Mr. Gates share in common is that their impact on the world is not a product of their saintliness but rather of their ability to innovate. The people that are making a difference in tackling environmental degradation, as well as poverty and injustice, are designers, engineers, entrepreneurs, bloggers, economists, etc. All of them are using their expertise, passion and creativity to find new ways of collaborating on, investing in, and solving the world's most pressing problems. They are able to do so because they no longer feel that asceticism is a pre-requisite for their work. Nowadays anyone with access to a cell phone or an internet connection has access to all the information they need to save the world. Put another way, under the old model Gandhi led hundreds of millions of people to freedom; in the new model, hundreds of millions of people can lead themselves--and therefore the world-- to freedom. That's the idea behind micro-credit, decentralized renewable energy, and open-source software.

Save the World--Anyone Can Do It
The problem, however, is that when people think of saving the world, they continue to imagine the sari-clad individual in a posture of prayer. As a result, our best, most talented citizens don't always see a role for themselves (after all, they want to be innovators, not saints). Yet what is forgotten is that the same energy that gave us iPods, Google and hybrid cars can also rid the world of poverty, injustice and climate change. That we are not using our best minds to solve these problems was made exceedingly obvious by the Design for the Other 90% exhibit, which sought to bring designers together to work for the 90% of humanity for whom their designs are useless.

The reality is that never before has working to make the world a better place been more possible, more fun and more necessary. Not only that, but there is real money to be made (for example, the Grameen Bank in Bangladesh turns a profit). And while I admire and have been inspired by the likes of Gandhi, Martin Luther King and Nelson Mandela, the simple truth is that very few of us have the discipline or constitution to live as they did; the good news is that having a catalytic, positive impact on the world no longer requires that we do.