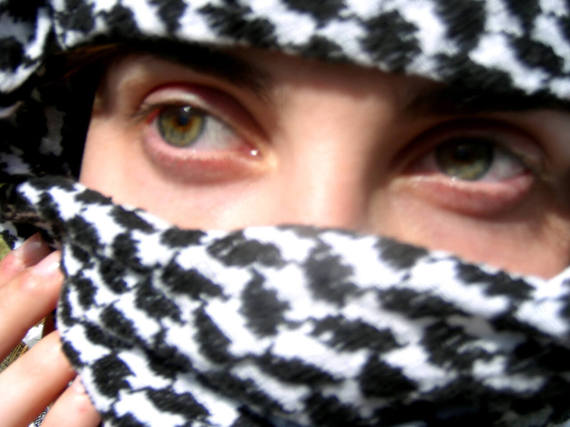 Thursday afternoon, I finished up a consultant work trip to our nation's capital and teed up Uber for my long trip to Dulles airport in Virginia. My driver's icon popped up on the app. His name was Mohammad, and he drove a small Toyota. When the car pulled up exactly two minutes later (as it said it would), a friendly and gentle elderly man welcomed me into his car.

Although I was pretty worn out, Mohammad and I found our idle chit-chat develop into a fascinating and meaningful 45-minute conversation about our children, faith traditions, Pakistan, U.S. politics, my travel to South Asia and political violence.

It was one of those encounters we happen upon from time to time in life where two strangers genuinely feel a little more enriched by sharing a bit of their lives with each other. I was particularly moved by the pride Mohammad felt for his children's success as first generation Americans.

He himself came to the U.S. with little education and only the hope his family could have a more prosperous and stable future than they would encounter in a slowly deteriorating Pakistan. He told me his most pressing goal all along was for his kids to have a better chance in life than he and his wife had. These exact words have been shared with me by my own father and countless other parents I have known, regardless of their ethnicity or religion.

At the airport, my new friend and I said our goodbyes and gratitudes, and I hustled to my gate. As I settled into the only available seat in the waiting area, I noticed a Muslim family directly across from me.

The two grown women were wearing burkas, the orthodox garment that covers a woman's entire face, with the exception of her eyes. There were three young children milling about, playing on iPhones like my kids do while traveling. As I ate a sandwich, I noticed the older white man next to me snap a photo of this family who would be boarding our flight. He took the photo by pretending he was sending a text message. Then, he subsequently texted the photo to someone. He added the caption, "Should I be worried?!"

America is a free country. This guy's private exchange with a friend is none of my business, whether it be blatantly xenophobic or simply a fraternity-like joke. Although it disturbed me, it did not surprise me.

Just hours later, GOP presidential front-runner Donald Trump essentially enabled and affirmed a supporter's untruthful claims that President Barack Obama is a Muslim. In addition and more disturbingly, Trump passively seemed to condone the man's request to get "rid of them," them being Muslims.

With the rise of ISIS and the deterioration of more middle eastern governments, it's clear that Islamophobia has continued to increase in the years since 9/11. Prejudice, bias and the feelings of insecurity now intrinsic to globalization will never be eradicated, and they may even get worse before they peak and de-escalate.

I get all of this, but I just cannot shake the stark contrast in Muslim-American experiences that I had within one hour's time. It reveals how different opinions, educations and emotions can so easily color how we navigate a multicultural society.

I was tempted to ask the photo-snapping guy next to me in the airport some questions. Should I be worried if I see some white dude who looks similar to Dylan Roof milling around my church one Sunday morning?

My family and I actually encountered a man who seemed suspicious one Sunday morning at our church in 2010 when our out-spoken pastor planned to preach against the plans by a Florida pastor to publicly burn Korans. He sat in the back, seemed agitated and not emotionally stable. He got up to leave, and some deacons went to talk to him. As it turned out, the man was uncomfortable with what our pastor was preaching, but he was there for financial help and some food. He was told our church was a good one for those sorts of things. It ended up that my fears were wrong.

My brother was killed 14 years ago in the World Trade Center by terrorists who claimed to be devout Muslims. I have learned that what they claimed to be is irrelevant. What they believed, their fears, their warped world-views -- that's what was significant. It mattered what made them tick, not what religion they claimed.

In the years since, I have become dear friends with Muslims in my community who now play meaningful roles in my life. Whatever the motivation of the man at the airport or the hyper-opportunisitc politician who will agree to any knee-jerk prejudice to be popular, it's their loss and our society's deficit when they aren't curious and brave about different people around them.

Fearing and scapegoating is no way to "make America great again," as the saying goes.

If we want to do that, let's get to know the world's Uber drivers a little better.