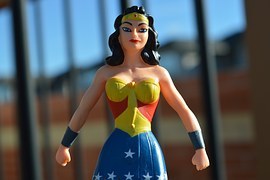 I love that expression! It's so empowering and positive. People have been saying that to me a lot lately and although it's been about thirty five years since I could be described as a girl the expression defines my mood at the moment perfectly.

I am part of a generation of American women that grew up expecting empowerment.

We danced in our nightgowns, singing into a hairbrush, with the Enjoli perfume ad
" I can bring home the bacon, fry it up in a pan.."

Unlike our mother's we didn't have to fight much for opportunity. Sexual stereotyping, sexual harassment, unequal pay for equal work were problems that we did face but our mother's had opened the door for us and said

" Make your own rules! Define yourselves"

I did define myself and do to this day. For me however the ultimate empowerment has come from realizing that some of those rules were better left unbroken.

I read an article in the Washington Post last week that made me want to scream from the rooftops:
" Think!"

I knew that my generation of women has not achieved the empowerment that we dreamed of as girls.

I drank heavily for many years but luckily never came close to cirrhosis of the liver. Nutrition is a bit of a hobby for me so I learned how to counteract the physical effects of heavy drinking with diet and excersise. Luckily I also found help when it was time to stop.

As part of my first sensationally sober year I've done a lot of thinking about why I drank so much . I've come to realize that many of the reasons that I felt justified in binging on a bottle and a half of wine most nights are the same reasons that a large percentage of the women in my generation are doing the same thing.

That beautiful woman in the perfume ad that inspired us as little girls in the 1970's was everything to everybody. When we grew up and realized in the late 1990's that emulating her left us exhausted and drained the California Wine industry jumped in to empower us with Mommy Juice and Mommy's Time out wines. Our sweetheart Courtney Cox who had been Michael J Fox's beautiful girlfriend on Family Ties, graduated from her wholesome role on Friends to become the wine binging suburban mom on Cougar Town. When Kathie Lee Gifford and Hoda Kobt started toasting the mid morning crowd on the Today Show with big glasses of wine it seemed that wine was indeed the cure all for the stress modern American womenhood . 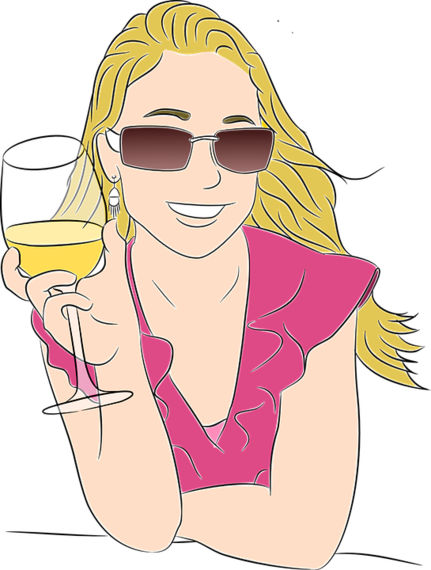 Wine has become a symbol of empowerment and freedom for American women.

A little over a year ago when I realized that I had become addicted to my wine crutch I was terrified that I might not be able to stop. But I did. Just in time. And in the last 405 sensationally sober days I am truly empowered for the first time in my adult life.

So to the brilliant powerful women of my generation who might be wondering if they're drinking too much; whether you are urban or rural, educated or not, please think about what you're being sold. That first glass of wine is certainly lovely but if you find you're drinking more than that maybe it's time to rethink the drink. 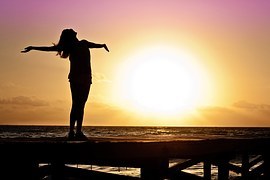