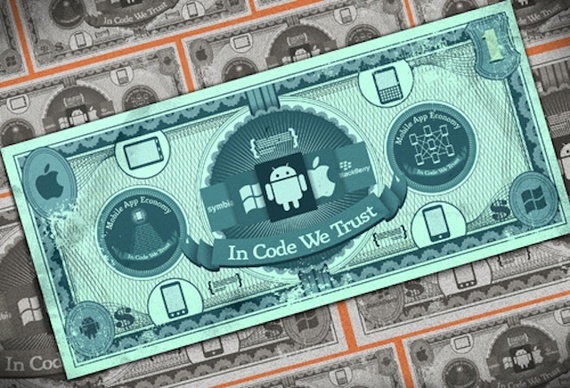 First off, think twice about using an NDA
As the CEO of Applico, I hear hundreds of startup ideas every week and about 10 variations of each idea. If you don't want to tell someone your idea without having an executed NDA in place first, you are handicapping yourself. Hearing other peoples' perspective and openly discussing your thought process in the early stages of your business is crucial to appropriately positioning yourself. If you tell someone your idea and they think it's so great that they would want to do it themselves, you may have an opportunity to bring on a valuable team member, advisor, or investor. Even if you had an NDA, it would be so costly and distracting to enforce that the value of an NDA in your incubation stage is severely limited.

Three competitive startup scenarios: First how to identify a competitor
As you do your research, you'll find three main scenarios to describe the competitive environment in your industry. Part of the balancing act you need to perform is to understand who your true competitive threats are. If it were always black and white, this would be easy! There will always be a fair amount of overlap; however, key giveaways are companies that also cater to your producers or a complementary producer base (in a platform business, good supply is almost always king).

Existing later stage competitors
If you see a competitor that has raised $30+ million and/or series B or C rounds of capital, it is safe to assume that there are other competitors of the same size or following closely behind. This is a dangerous environment to consider starting your business in. From the time you start your platform business, it will take you two years before you see momentum and the business begins to take shape. See this quote from the Chief Strategy Officer of Alibaba.

In this scenario, your competition has a healthy head start and your startup better execute flawlessly and position itself appropriately from the start, something extremely difficult to do.

Early stage competition
You have competitors who have raised single digit millions of dollars from individuals and some institutional investors.

This is not a bad place to be! There is nothing wrong with the right amount of competition. If anything, as an investor, it is a good sign to see other competitors raising money form sophisticated investors in a similar space that you are considering for yourself.

It also isn't a blocker if your competition has pretty much the same idea as you!

Instead, dig deeper by researching the key executives. Look up their LinkedIn. , read their social media postings, watch their videos or public appearances...really try to learn and understand each key individual. Even better, get on the phone with them and pick their brains. It can't hurt, it can only help you understand how they think, are approaching the space, and if you think they fit for the role of a platform startup executive. Are they thinking linearly or platform? How do they plan to overcome the chicken and egg problem?

Do enough research to answer this question confidently?
Can you build a better executive team within the next 12-18 months?

More often than you'd think founding early stage CEO's and other key executives are replaced after a seed or series A round. These founders have given up control of their company to take investment capital, which means that if they don't do a good job, they can be replaced. It doesn't mean that the startup will fail and go bankrupt, but it will buy you some time to build your team, get product traction and raise more capital.

Seed round or non-existent competition
Why are you so early to market? Will there even be a market when you launch? Without credible presence of competition in your space, you need to spend more time firming up your understanding that an actual market exists and why you have the opportunity to be a first mover. Usually, you can be a credible first mover because of a technology headstart on the rest of the industry.

Have people tried this business and exited? Definitely talk to them and understand why it didn't work. Then ask yourself if the melding of technology and further evolved human behavior make the timing right for your product-market fit instead of the past attempts (and failures) of former competitors.

Tips for Doing the Research
Do as much research as you can using free sources like CrunchBase, AngelList, LinkedIn, etc. You can sign up for Mattermark's free trial, just make sure to have your research in order because you only have 2 weeks before they charge you $500 per month.

One of the first things you're going to want to do is to research potential competitors in the space.

After you know a couple of the leading competitors, you can find additional competitors through CrunchBase. Not every company will have this information on Crunchbase so another good source is LinkedIn. Look up the company page, like Applico's, and you'll be able to see other companies that viewers visited. Lastly, Mattermark can fill any holes.

In Google Chrome, you can type in crunchbase.com, press Tab (not Enter), then type in the name of the company that you are looking for. This lets you search CrunchBase directly without having to go to the list view on the website. It's a nice shortcut when researching a lot of companies in your space.

CrunchBase and Mattermark will give you funding information. With AngelList you'll need to sign up for accredited investor status first.